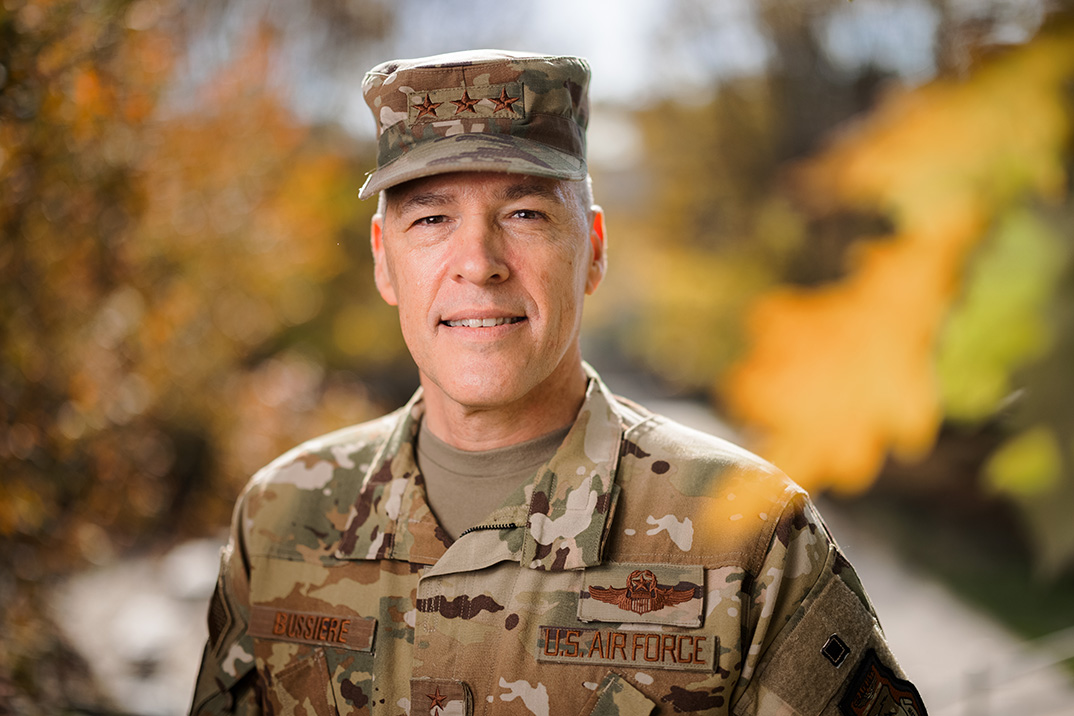 He graduated from Norwich’s Air Force ROTC in 1985 and after 37 years of service, Air Force Lt. Gen. Thomas A. Bussiere, has been appointed four-star General and Commander of Air Force Global Strike Command at Barksdale Air Force Base in Louisiana.

President Joe Biden on Tuesday nominated Bussiere, the No. 2 officer at U.S. Strategic Command (STRATCOM) at Offutt AFB in Nebraska. In his new role, Bussiere will manage more than 30,000 airmen and strategic assets including nuclear and non-nuclear air craft. The Command also oversees a variety of intercontinental ballistic missiles, helicopters and other services.

Bussiere visited his alma mater two years ago where met with the next generation of leaders while reminiscing about his 3,400 hours as a command pilot in the T-38 Talon, F-15C Eagle, B-2A Spirit, B-1B Lancer and F-22 Raptor and the time he led F-15C combat missions during operations Southern Watch and Vigilant Warrior and B-2 combat missions during operations Allied Force and Iraqi Freedom.

After two days Bussiere was impressed with new cadets graduating from Norwich.

“I think the long-standing, multidecade connection of Norwich grads is strong and sound. I can guarantee in the Department of Defense that Norwich graduates — officer, enlisted, civilian, Army, Air Force, Navy and Marines, and now (Space Force) Guardians — are connected and stay connected,” said Bussiere.

“Both from a professional development perspective and pride in our alma mater. I think most people realize that. But I just want to reaffirm the commitment to the institution. What the institution gave to everybody who serves is pretty strong.”