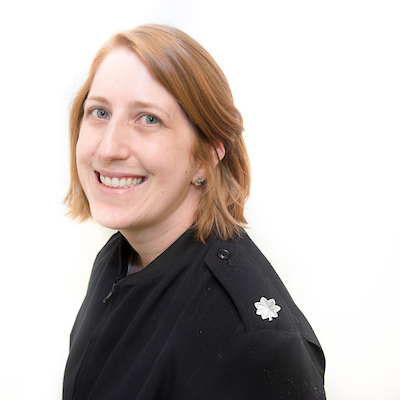 NORTHFIELD, Vt. —Norwich University professor Elizabeth Gurian has been named a finalist for the Vermont ATHENA Leadership Award. This is a statewide honor hosted by the Central Vermont Chamber of Commerce, which announces the finalists at a virtual press conference on October 13 at 3 p.m.

Dr. Gurian is an Associate Professor and the Associate Director of the School of Criminology and Criminal Justice at Norwich University. She received her Ph.D. at the University of Cambridge, her M.S. at Northeastern University, and her B.S. at Boston University. Her research focuses on multicide (serial and mass murderers, lone actor terrorists, and mass shooters), and was awarded an American Association of University Women publication grant for her work exploring adjudication patterns. She has a book published with Routledge (Serial and mass murder: Understanding multicide through offending patterns, explanations, and outcomes). She teaches courses on courts, capital punishment, senior capstone, and criminal violence and mentors undergraduate students. In addition to enjoying snow shoeing and kayaking, she regularly consults family, friends, and students about what is real/not real on their favorite true crime dramas, and differences in serial/mass murder classifications (for example, why hitmen and the mafia are generally excluded).

The Leadership award provides recognition to a woman — or a man — honoring her or him for superior attainment in community service and for actively mentoring, coaching and assisting women in accomplishing professional excellence and leadership skills.

Dr. Gurian was nominated by assistant professor Connie Hassett-Walker. In the nomination form, Dr. Hassett-Walker called Dr. Gurian a natural mentor to women junior faculty and student researchers. She added that Elizabeth regularly organizes self-defense workshops at Norwich – open to faculty, staff and students – provided by both female martial arts practitioners and Vermont state police. In her book, Dr. Gurian tackles stereotypes about women offenders, such as that women are not typically violent; and how female criminals are treated by the justice system. Finally, Dr. Gurian established in Pre-Law and Environmental Criminology. The latter is the first-ever minor of this type in the entire U.S. The two awards are international in scope and are being presented for the third time in Vermont. From the finalists, the award recipients will be announced and presented at the Central Vermont Chamber of Commerce’s ATHENA Awards® Gala Ceremony on Nov. 5 at the Capitol Plaza Hotel and Conference Center in Montpelier, Vermont.