NU Regimental Band to Perform in the 58th Presidential Inauguration 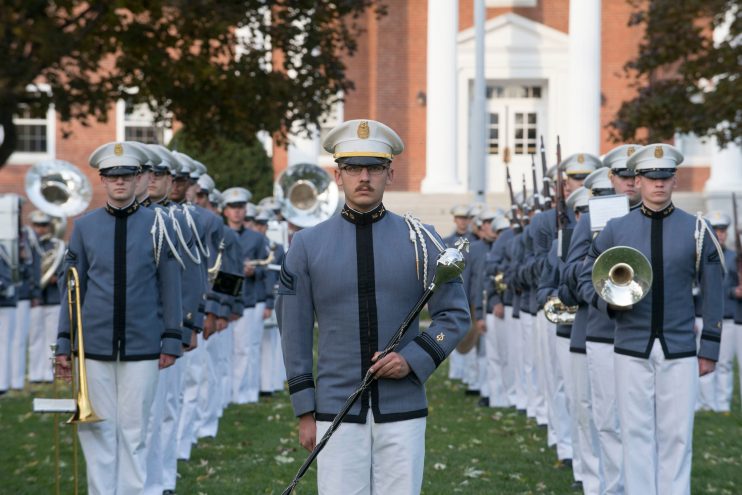 The Norwich University Regimental Band and Drill Team, will represent the State of Vermont and perform in the 58th Presidential Inauguration, to be held on Friday, Jan. 20, in Washington, D.C., for Donald J. Trump.

“The Norwich University Regimental Band and Drill Team is proud to represent the university and the state of Vermont,” Assistant Commandant and Director of Bands Todd P. Edwards said.

As the oldest collegiate band in the country, the Regimental Band carries on a long tradition of excellence musically, academically and militarily. Founded in 1820, the Band’s motto is “Semper Zoo.”

The Regimental Drill Team “Shock Platoon” was formed in 1937. The talent of Drill Team is considered a showpiece of the university. The team is a perennial powerhouse in U.S. college and university drill competitions, with a motto of: “Fierce Pride.”

Music at Norwich has been a significant part of the curriculum since its founding in 1819. With the arrival of William W. Baylay, the first professor of instrumental music, in 1823, the Regimental Band became an all-brass band and an integral part of the daily life of cadets at Norwich.

Today, the band is a full instrumentation band—woodwinds, brass, and percussion—and it continues to perform in support of the Corps of Cadets at all formations, reviews and special parades. The Regimental Band has performed for the inauguration of several United States presidents, as well as for parades and concerts throughout Vermont and New England.

The Norwich University Regimental Band has been invited to these previous Inauguration ceremonies: