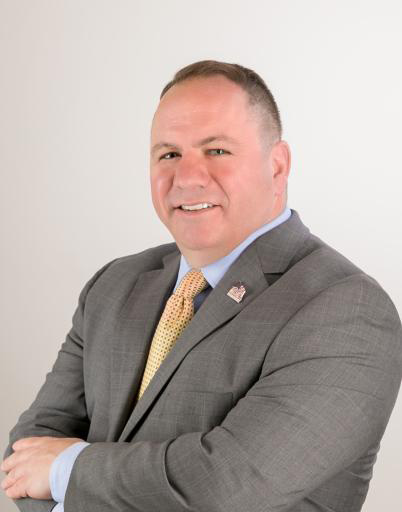 Lyons replaces Dr. Tara Kulkarni, who served as CGRS’ inaugural director since 2017. Kulkarni has transitioned to the role of associate provost for research and chief research officer within the Office of Academic Research.

Lyons, who also teaches in Norwich’s civil engineering and construction management programs, has served as a senior fellow in CGRS, as a consultant to the Norwich University Applied Research Institutes (NUARI), and as president of the Alumni Association, has more than 30 years of experience in academia, consulting, law, government, and technology, and is a highly respected executive, entrepreneur and thought leader.

“I am delighted to lead CGRS into its next phase of growth, building on the amazing work of Tara Kulkarni, and working toward positioning Norwich as a leader in academia and industry for environmental security and energy resilience,” Lyons said.

Lyons graduated from Norwich University in 1990 with a bachelor of science in electrical engineering. He is currently an adjunct faculty member at the University of Cambridge Institute for Sustainability Leadership and the University of Massachusetts Amherst - Department of Civil and Environmental Engineering, where he is a candidate for a Ph.D. and a Dwight D. Eisenhower Transportation Fellow. His previous academic appointments include adjunct faculty positions at Wentworth Institute of Technology, Southern New Hampshire University, and the U.S. Army Command & General Staff College. He holds a juris doctor from Suffolk University Law School (with honors in environmental law), a master of strategic studies from the U.S. Army War College, a master of transportation and urban systems from North Dakota State University, and a master of studies in sustainability leadership from the University of Cambridge.

Over the last 15 years, the consulting firm Lyons founded and led has executed projects in 19 countries on five continents for U.S. government clients, including the U.S. Army Corps of Engineers, the U.S. Agency for International Development and the special operations community.

Lyons is a combat veteran of Operation Iraqi Freedom and recently retired as a colonel in the Army Reserves, having served most of his career in military intelligence. His research interests include environmental security, sustainable urban design in developing countries, and new urban mobility. He is widely published in academic journals, trade journals, and in periodicals.

The Center for Global Resilience and Security (CGRS) is a Norwich University research center of excellence dedicated to advancing interrelationships between human resilience and sense of security amid global challenges. CGRS is focused on challenges in climate change, water, energy and infrastructure and their impact on resilience and security. The center crafts creative, innovative and sustainable solutions for building resilient communities through interdisciplinary research and design collaboration.

Upon inception in March 2017, the Center for Global Resilience and Security became coordinator for the Resilient Vermont Network, organized following Tropical Storm Irene, which devastated Vermont communities. Research shows that networks thrive on sustained coordination, which the center is committed to providing (see full report here).