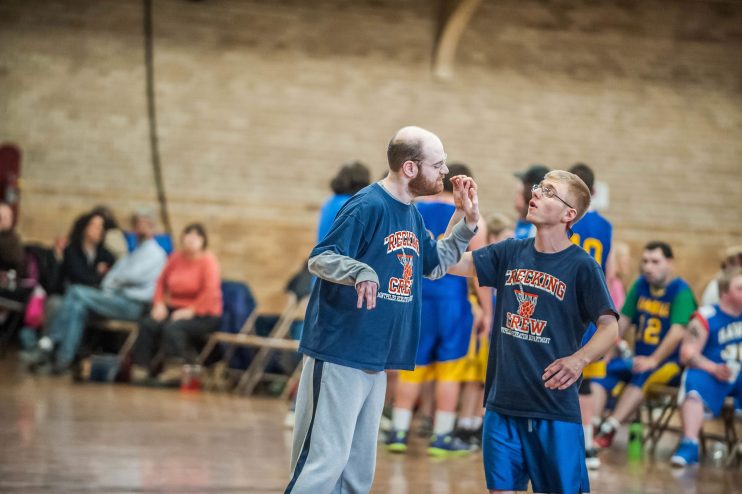 NORTHFIELD, Vt. – Norwich University has been named Organization of the Year by Special Olympics Vermont. The university was recognized at an annual awards luncheon held on Sunday, Dec. 11, at the Killington Resort.

Norwich University has been partnering with Special Olympics Vermont since the university began facilitating a soccer event at nearby U-32 Middle and High School in 1986, until the event moved to Norwich in 1989, where it has continued. Norwich has hosted Special Olympics Vermont’s Annual Basketball Tournament for 15 years, and the Young Athletes Program over the past 10 years. This year, Norwich’s partnership with the athletes grew to include hosting the Unified Schools Soccer Tournament and the inaugural Fall Games. Between those events and the annual Penguin Plunge, approximately 100-200 Norwich students work with Special Olympics Vermont athletes and programs annually.

Special Olympics Vermont is part of a global movement that works year round to foster acceptance and inclusion of people with intellectual disabilities by using the power of sport to showcase their gifts and abilities. In 2016, 1,126 athletes and Unified partners competed with Special Olympics Vermont in 12 Olympic-type sports. Training and competition opportunities are available in all 14 counties and 64 Unified Champion Schools in Vermont.