At Resilient Vermont Conference, a ticking climate clock and a call to action 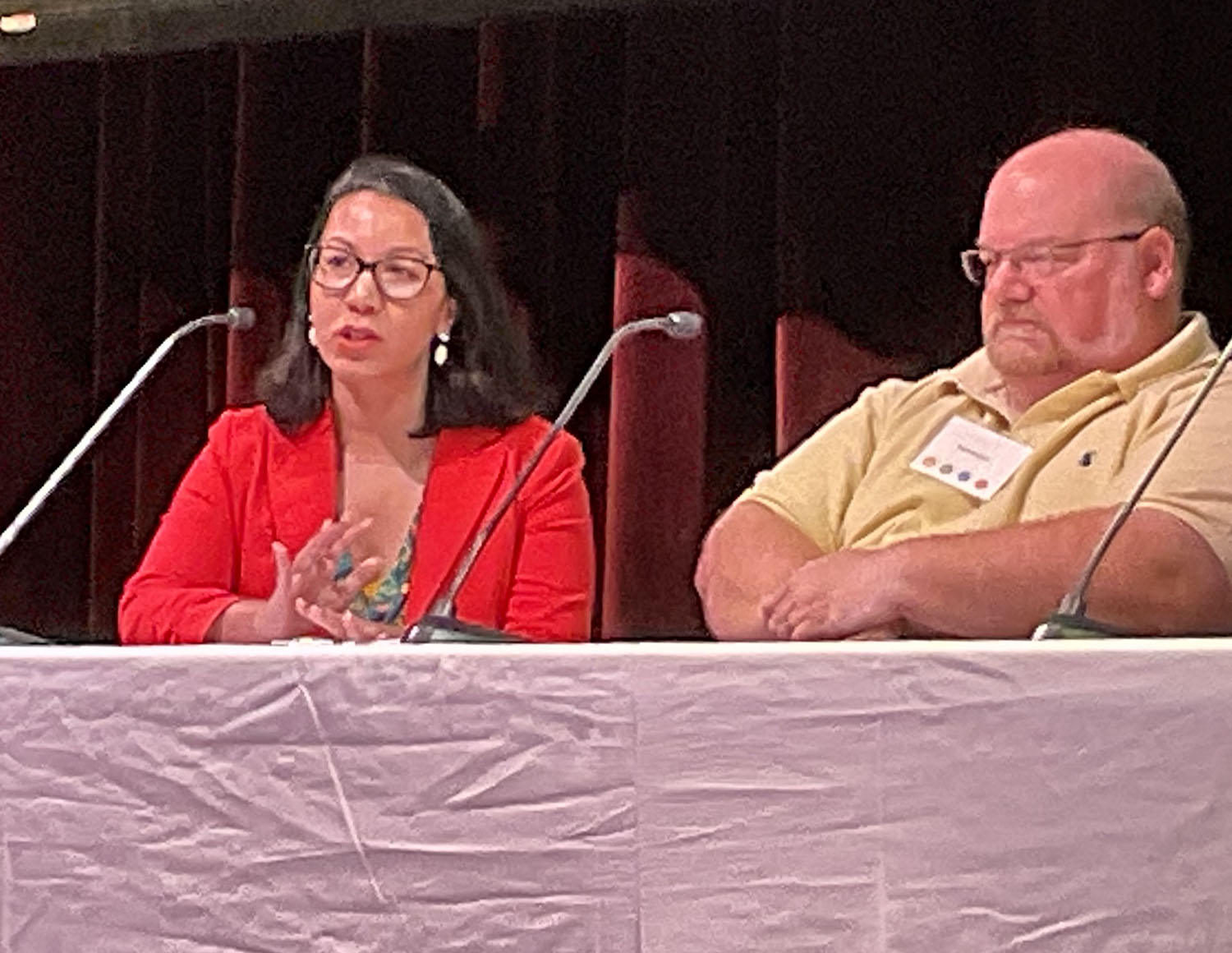 Ram Hinsdale, D-Chittenden, and the panel told the audience, which included some summer students, faculty members and local residents, that time to agitate for change is shortening as climate damage lurches forward.

Ram Hinsdale said she started lobbying for cleaner air when she was in high school and saw her father’s fears realized. Economics forced her family to move inland, toward smog, which a 2019 study linked to accelerated lung damage development, even in nonsmokers.

To fight pollution, Ram Hinsdale zeroed in on perchloroethylene, an air pollutant used in dry cleaning. She built relationships with Korean Americans, who once dominated ownership of the city’s dry cleaning businesses, warning them of the chemical’s dangers.

Trying to legislate the pollutant out without these talks would have proved politically and morally disastrous, Ram Hinsdale suggested.

Political disconnection from lack of communication showed locally after Tropical Storm Irene in 2011, she said. The storm dropped 11 inches of rain on Vermont, at rates of 1 to 2 inches per hour in parts of the state, causing widespread flooding. In Northfield, 25 feet of water flooded Northfield’s wastewater treatment plant, knocking it out.

Ram Hinsdale recalled getting frantic phone calls from non-English speakers and trailer park residents desperate for aid as their homes near the Winooski River flooded.

“I was just so struck,” she said. “I thought, ‘We lacked the community resiliency and the focus on those most impacted and to address what is coming if we have a true disaster.’ … It was really up to the goodwill of a lot people in a lot of communities. And goodwill goes to where people are.”

“The last report effectively said, ‘This is our last warning,’” Duval said. “We have less than a decade to cut greenhouse emissions in half if we are to avoid the worst impacts of a destabilized climate.”

However, Ram Hinsdale said, these measures won’t matter much if lawmakers neglect the most vulnerable.

“I still think we see justice and equity as an afterthought,” she said. “If we wait until the most comfortable feel the impacts of climate change, it will be too late.”