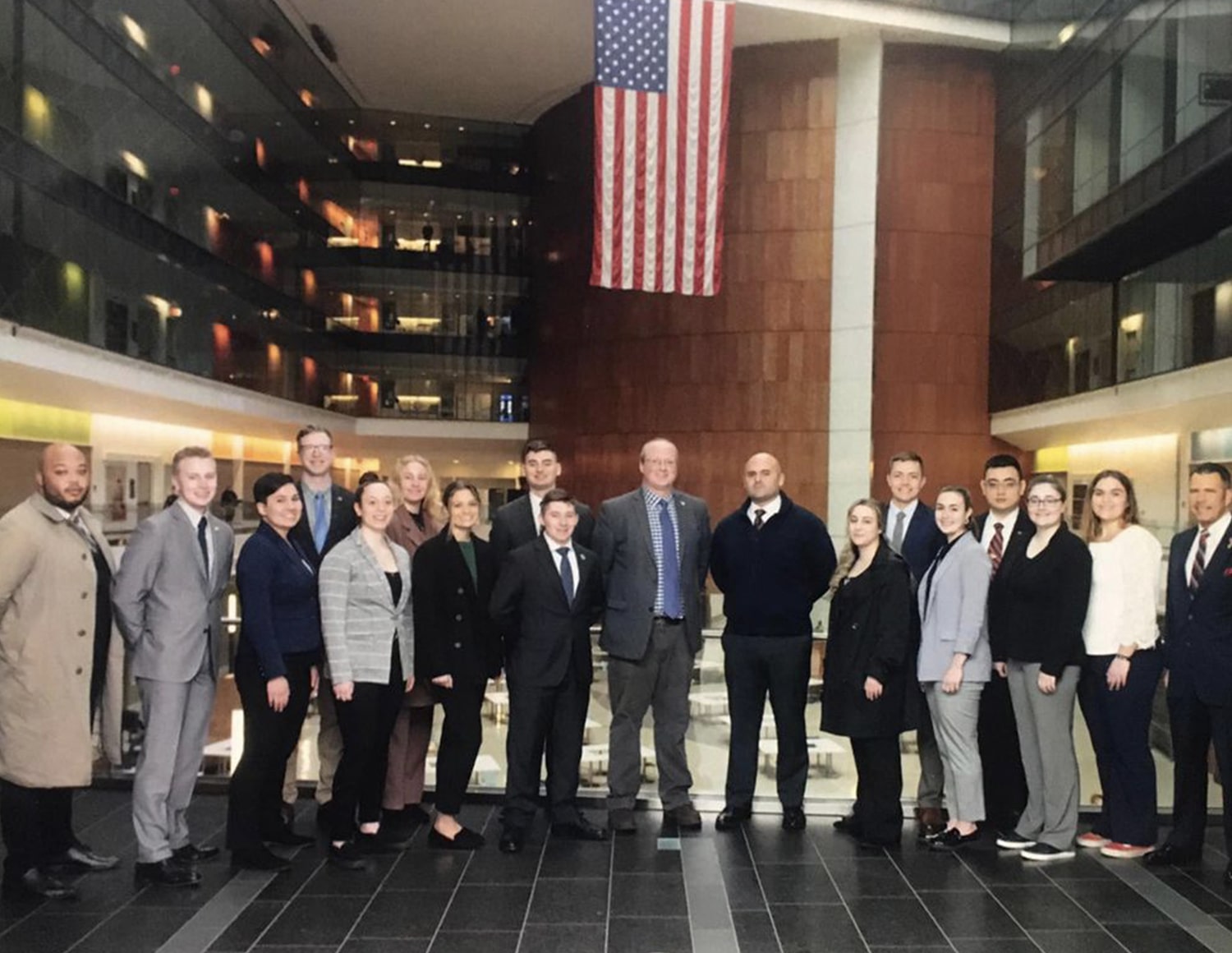 On Policy Week’s fourth day, Norwich University alumni networked with cadets, students and faculty. The evening reception, hosted by the NU Club of Washington, D.C., followed a visit to the Central Intelligence Agency, where students spoke with private lobbyist and NU alumni Adam Raezler M’09 about the shaping of public policy within the U.S. government.

“The experience in Washington, D.C., illustrated the invisible lines of dialogue, cooperation, and confrontation between cabinet departments who formulate what constitutes our national security policy,” he said, “These hidden lines are often overlooked coming from an academic perspective, where policies are formulated in a vacuum independent of these interactions and I hope to take forward the lessons learned in framing my academic research and efforts to formulate policy.”

“The Board of Fellows looks forward to supporting the students each year with these preeminent experiential learning trips, now spanning multiple cities and areas of focus,” Shelton said. “It is imperative that we continue to find innovative ways to support the students not only with real-world expertise but to also reduce the financial burden these experiences can create for the students. We look forward to a future where experiential learning will remain a critical component of academic coursework.”