By NU Office of Communications
Category: News
May 17, 2022 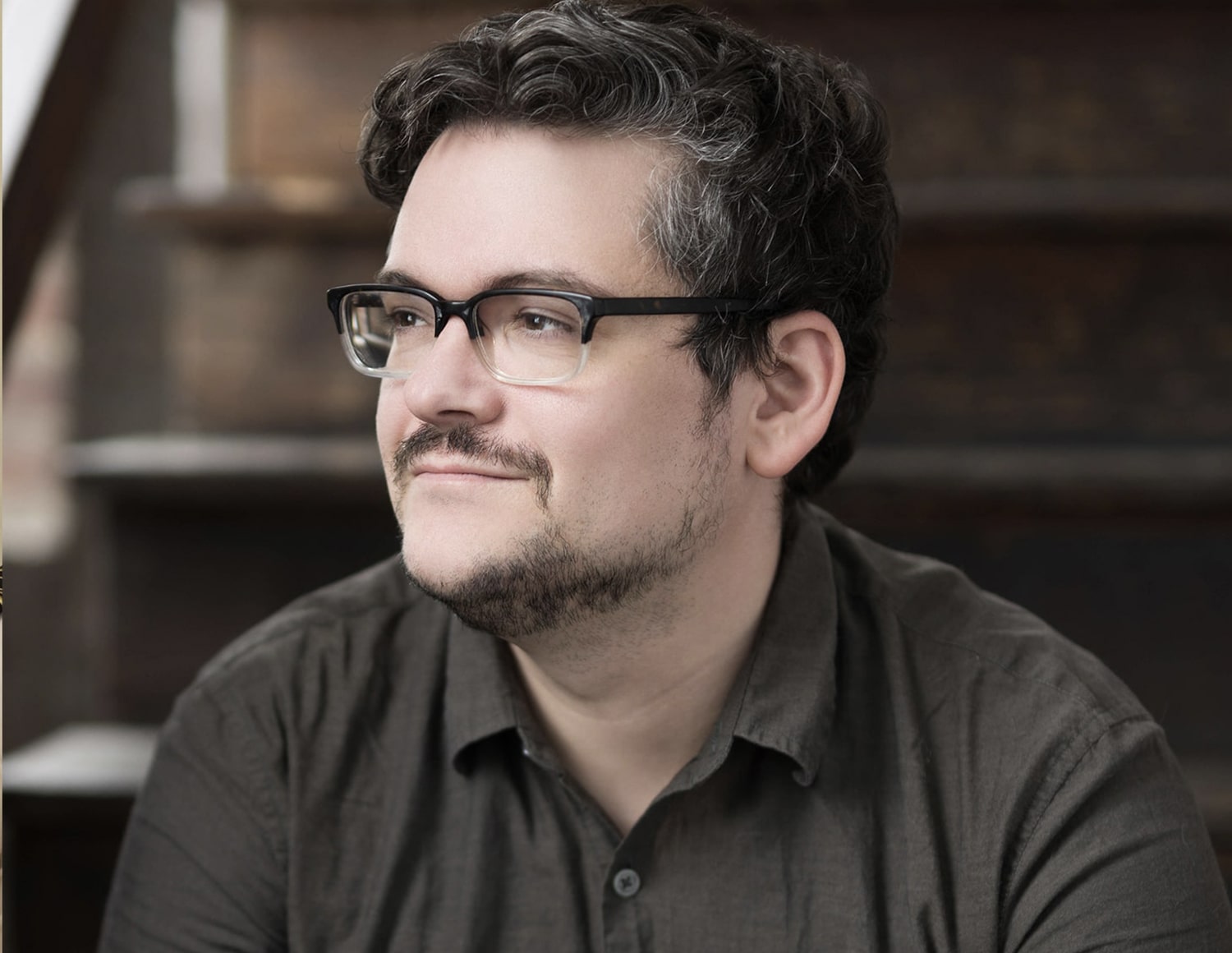 Norwich University in Northfield, Vermont, presents the award, now in its 23rd year, annually to a first solo work of fiction or nonfiction that has made a major contribution to the understanding of military history, intelligence operations or international affairs.

“The Hardest Place: The American Military Adrift in Afghanistan’s Pech Valley,” is the story of one of the 21st century's most unforgiving battlefields and a portrait of the American military that fought there.

Through reporting trips, hundreds of interviews with Americans and Afghans, and documentary research, Morgan writes vividly of large-scale missions gone awry, yearslong hunts for single individuals, and the soldiers, Marines, commandos, and intelligence operatives who cycle through, along with several who return again and again to the same slowly evolving fight.

When we think of the war in Afghanistan, chances are we’re thinking of a small, remote corner of the country where American military action has been concentrated: the Pech and its tributary valleys in Kunar and Nuristan provinces. The rugged, steep terrain and thick forests made the region a natural hiding spot for targets in the American war on terror, from Osama bin Laden to the Islamic State, and it has been the site of constant U.S. military activity for nearly two decades. Even as the U.S. presence in Afghanistan transitioned to a drone war, the Pech remained at the center of it, a testbed for a new method of remote warfare.

Morgan first visited the Pech in 2010, while he was still a college student embedding with military units as a freelancer. By then, the Pech and its infamous tributary the Korengal had become emblematic of the war, but Morgan found that few of the troops fighting there could explain why their remote outposts had been built. In “The Hardest Place,” he unravels the history those troops didn’t know, captures the culture and reality of the war through both American and Afghan eyes, and reports on the snowballing American missteps that made each unit’s job harder than the last as storied outfits like Marines, paratroopers, Rangers, Green Berets, and SEALs all took their turn.

Through reporting trips, hundreds of interviews with Americans and Afghans, and documentary research, Morgan writes vividly of large-scale missions gone awry, yearslong hunts for single individuals, and the soldiers, Marines, commandos, and intelligence operatives who cycle through, along with several who return again and again to the same slowly evolving fight.

Morgan has covered the U.S. military and its wars in Afghanistan and Iraq since 2007, when he began embedding with combat units as a 19-year-old freelancer. From 2017 to 2020, he covered the Pentagon for Politico, and his reporting has appeared in The Washington Post, The New York Times, The Atlantic, and other outlets as well as in Michael Gordon and Bernard Trainor's book “The Endgame,” on which he worked in Iraq and the United States as a researcher. 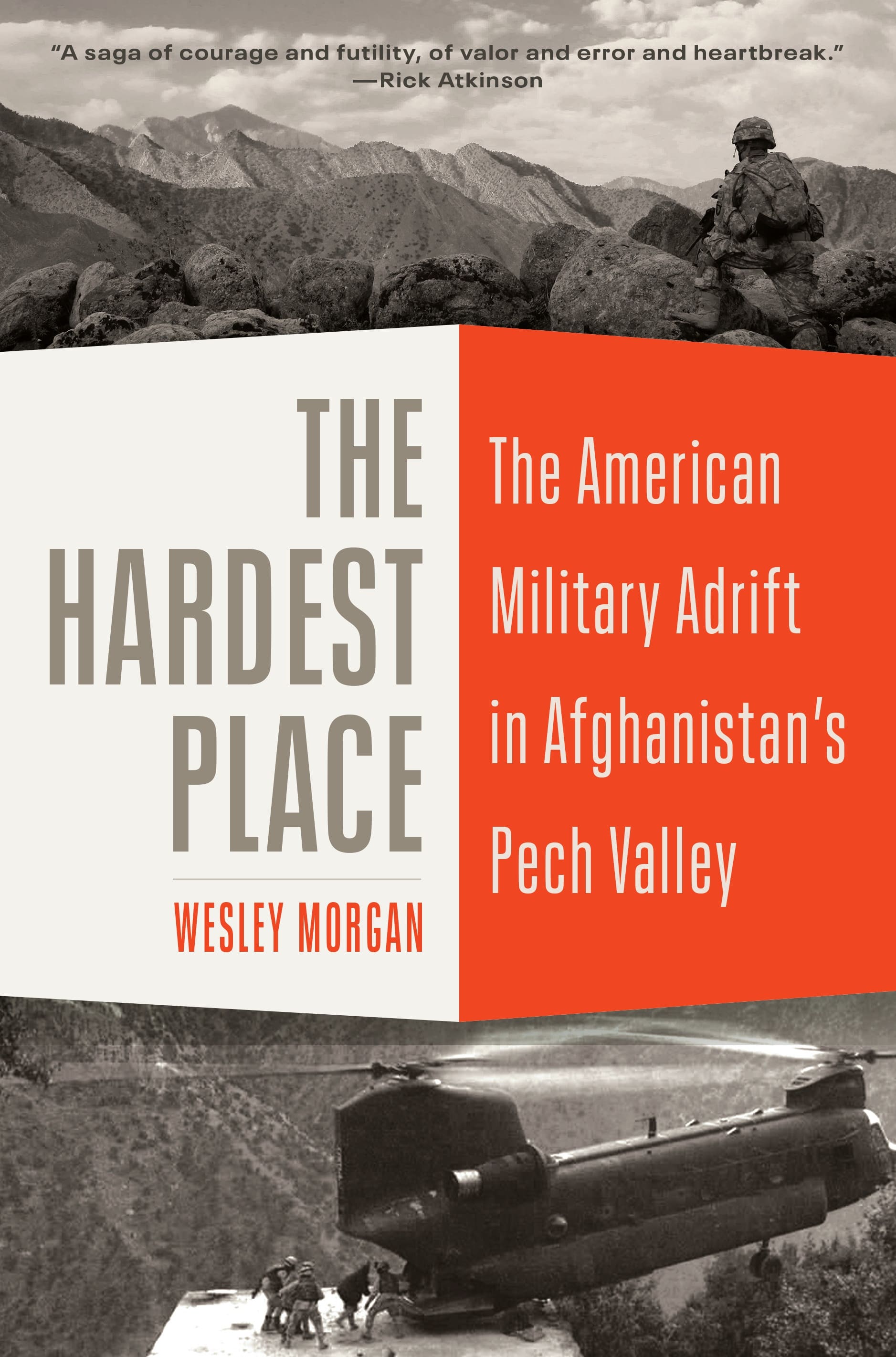 He's a Boston-area native and a Princeton University graduate.

“I'm excited to receive this award for military and intelligence coverage, since using the lens of Kunar province's Pech valley to illustrate how those two subjects blended together at key points during the 20-year U.S. war in the Afghan east was one of my goals with The Hardest Place,” Morgan said. “It's also an honor to join the company of past award recipients, including an Army Ranger who served in Kunar, Paul Scharre; a Marine Harrier pilot who flew missions over the Pech, Michael Franzak; Bing West, who covered the war in the Pech and the Korengal; and Karl Marlantes, whose Vietnam novel ‘Matterhorn’ I read just before my first trip to the Pech and was reminded of w

hen the battalion commander in the valley turned out to be reading it as well.”

Finalists for the 2021 Colby Award included “Feeding Victory,” by Jobie Turner and “Inside the Hot Zone,” by Mark G. Kortepeter.

“Wesley Morgan’s ‘The Hardest Place’ is a brilliant and important story of modern war, deserving of the highest praise. It is exactly the kind of work that the Colby Award is intended to highlight and celebrate,” Colby Award selection committee chairman, historian and bestselling author Alex Kershaw H’19 said.

About the Pritzker Military Museum & Library
The Pritzker Military Museum & Library aims to increase the public’s understanding of military history, military affairs and national security by providing a forum for the study and exploration of our military - past, present, and future - with a specific focus on their stories, sacrifices, and values. With national and global reach, these spaces and events aim to share the stories of those who served and their contributions as citizen soldiers, helping citizens everywhere appreciate the relationship between the armed forces and the civilians whose freedoms they protect. A non-governmental, non-partisan organization, the Museum & Library features diverse collections, scholarly initiatives, and public programs from its flagship center in downtown Chicago to its world-class research center and park currently under construction in Somers, Wisconsin. Each year, the Museum & Library awards the prestigious Pritzker Military Museum & Library Literature Award for Lifetime Achievement in Military Writing to recognize a living author who has made a significant contribution to the understanding of military history including military affairs.

About Norwich University
Norwich University is a diversified academic institution that educates traditional-age students and adults in a Corps of Cadets and as civilians. Norwich offers a broad selection of traditional and distance-learning programs culminating in baccalaureate and graduate degrees. Norwich University was founded in 1819 by U.S. Army Capt. Captain Alden Partridge and is the United States’ oldest private military college. Norwich is one of our nation's six Senior Military Colleges and the birthplace of the Reserve Officers’ Training Corps (ROTC). www.norwich.edu

Contacts:
Pritzker Military Museum & Library
Scott Manning
603-491-0995 (C)
This email address is being protected from spambots. You need JavaScript enabled to view it.

Norwich University
Daphne Larkin
802-485-2886
This email address is being protected from spambots. You need JavaScript enabled to view it.
Follow us on Twitter @norwichnews