Expect surprises and be poised to pivot 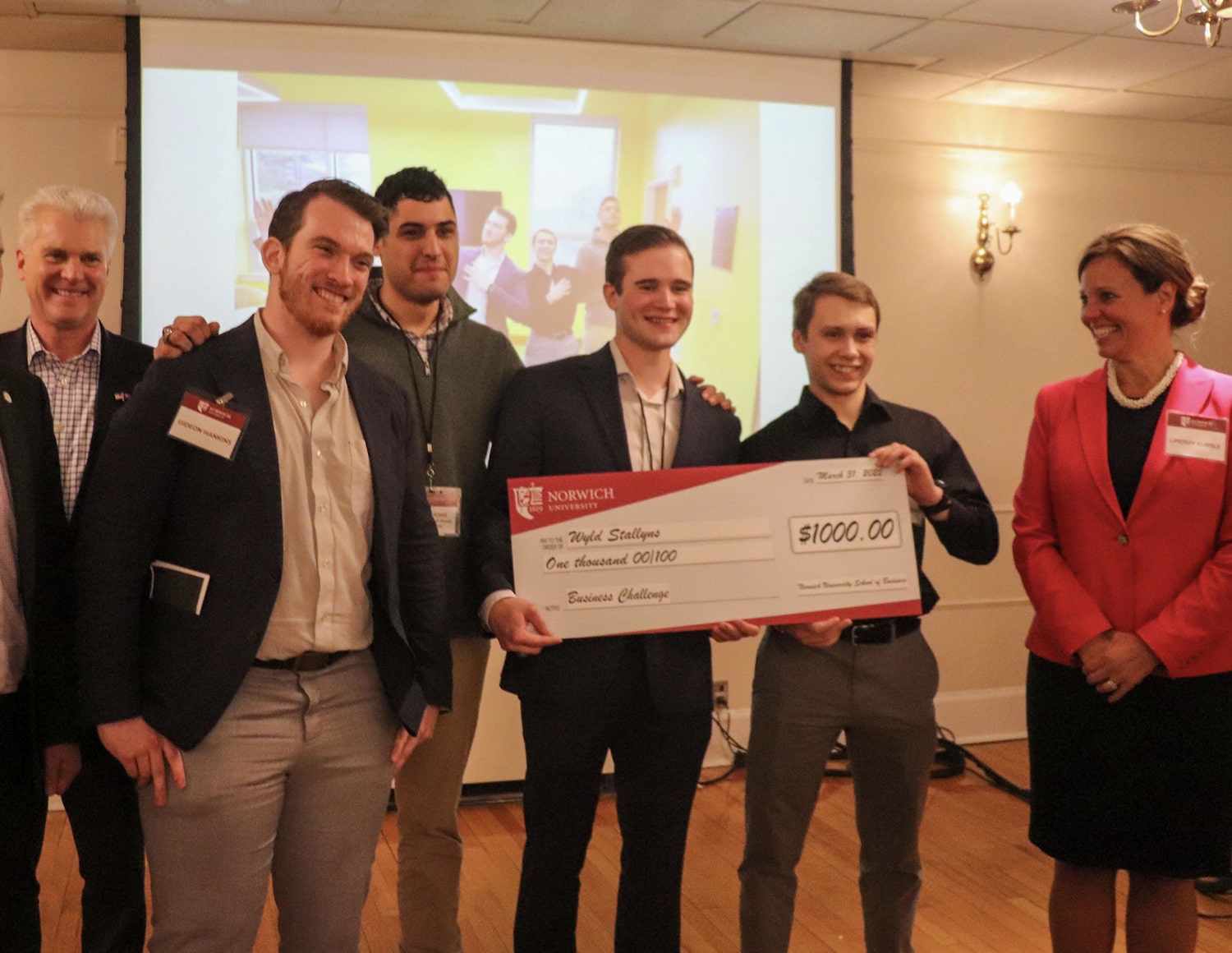 Norwich University’s first Amazon Web Services (AWS) Business Challenge brought together over 100  students and a group of top-flight guests, two of whom encouraged students to stay flexible and embrace the possible as they progress through school and graduate.

Reminding the students of the significance of the experience they had shared throughout the day, Hilles reflected on being a University of Applied Sciences college student in Germany 25 years ago and presenting a case study on how to move a windows manufacturer to China. He and his co-presenters became and remain close friends, he said, though they’ve scattered into technology jobs around the world.

“Don’t be afraid to work in a different area for a couple of years. … Learn how technology is being used. It’s eye-opening and it’s exciting.”Knut Hilles, Volkswagen Group of Chattanooga Operations LLC

Hilles said Volkswagen’s Tennessee plant produces a ready-to-drive car every 90 seconds — 700 cars a day, six days a week. The operation relies on a myriad of parts and suppliers and complicated technology to run the production lines. Nodding to his son, who was in the audience, Hilles said he’s always alert to possible complications that could prompt late-at-night phone calls from the manufacturing facility that oust him from bed and could occupy him for hours.

“It’s challenging,” he said, “it’s all interconnected and it works.”

Hilles said Volkswagen, focusing on the future, wants to be the world’s top electric carmaker, making affordable, desirable vehicles. The company wants half of the vehicles it sells in the United States to be electric by 2030, he said.

Chattanooga will be the U.S. manufacturing hub for Volkswagen’s ID.4 electric vehicles. The ID.BUZZ, an electric microbus, will come from Germany, Hilles added.

By partnering with Amazon Web Services, Volkswagen hopes to make its already streamlined around-the-clock production even quicker, Hilles said. Completing a car every e.g., 80 seconds instead of every 90, will help to free up capacity.

“We need to be innovative, but we need to be stable and secure,” Hilles said, noting that even a 10-minute production stoppage means seven cars don’t roll off the line.

Hilles said he and his long-ago presenters from college were industrial engineers and never expected to be in technology. But they are, for Docusign, SAP, Deloitte, Accenture. Together, he said, they understood companies and processes enough to improve their systems and products and shared an affinity for technology.

The lesson for students: expect surprises and be poised to pivot.

“I have not coded a line of code in my life. I don’t know how to configure an (internet protocol) address., but I’m the head of IT for a factory,” he said. “If you have a computer science degree … don’t be afraid to work in a different area for a couple of years. … Learn how technology is being used. It’s eye-opening and it’s exciting.”

Secretary Kurrle, appointed by Gov. Phil Scott in 2019, said the students’ challenge to adapt to the novel business contest experience mirrored the experience she and her office had during the pandemic.

Just as the students looked beyond their majors to collaborate, Kurrle said she and her colleagues had to change tactics to protect Vermonters’ health and flatten the infection curve.

To adapt and unify, Kurrle said she and her 80-member team had to trust one another. Together, she said, the team advised businesses on how to operate and distributed $300 million in federal dollars in economic recovery grants to businesses that needed them.

She encouraged the students to rely on one another similarly.

“No one person can do it all; it takes the expertise and talents of all to stand together to be successful,” said Kurrle, a 1993 St. Michael’s College graduate. “It took the whole of our agency to make these (pandemic relief accomplishments) happen. (We) had to create support programs and build the infrastructure with no prior experience doing anything like this.”

“I took advantage of opportunities and I pushed myself to get a little bit outside of my comfort zone … to broaden my skills and experience,” she said. “Don’t get me wrong, I love accounting, but I love that I get to problem-solve every single day to grow the economy.”