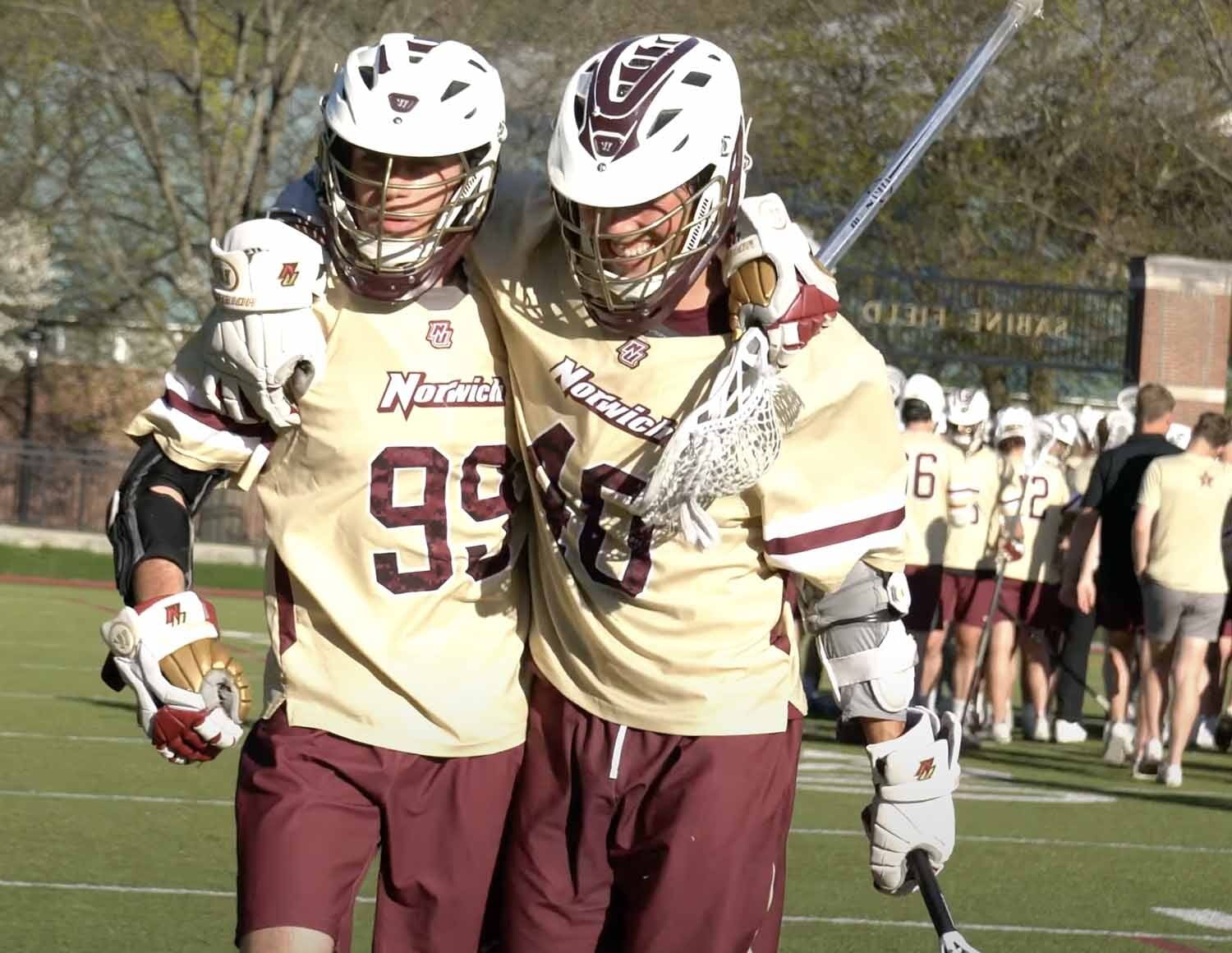 Next up for the Norwich University men’s lacrosse team: the NCAA Division III Tournament regionals.

The Cadets, who topped Maine Maritime 20-12 in the first round Wednesday on Sabine Field at Haynes Family Stadium, will play at 1 p.m. Saturday in the Medford (Massachusetts) Regional against pod host Tufts at Bello Field.

Tufts (16-2) won its 11th New England Small College Athletic Conference (NESCAC) title in 12 seasons and defeated Bowdoin 20-11 on May 8 to advance to the NCAA Tournament.

Tufts and podmate St. John Fisher are ranked No. 4 in the country.

The winner of Saturday's game will play at 4 p.m. Sunday against the winner of the St. John Fisher-Catholic game.

Empire 8 champ St. John Fisher (15-2), has defeated four nationally ranked teams this season, while falling to No. 2 RIT and No. 8 Union. Catholic (13-4) defeated Elizabethtown 16-8 in the Landmark Championship and is  receiving votes in the U.S. Intercollegiate Lacrosse Association (USILA) poll.