‘What’s next?’ First-ever soldier crowned Miss USA has some ideas 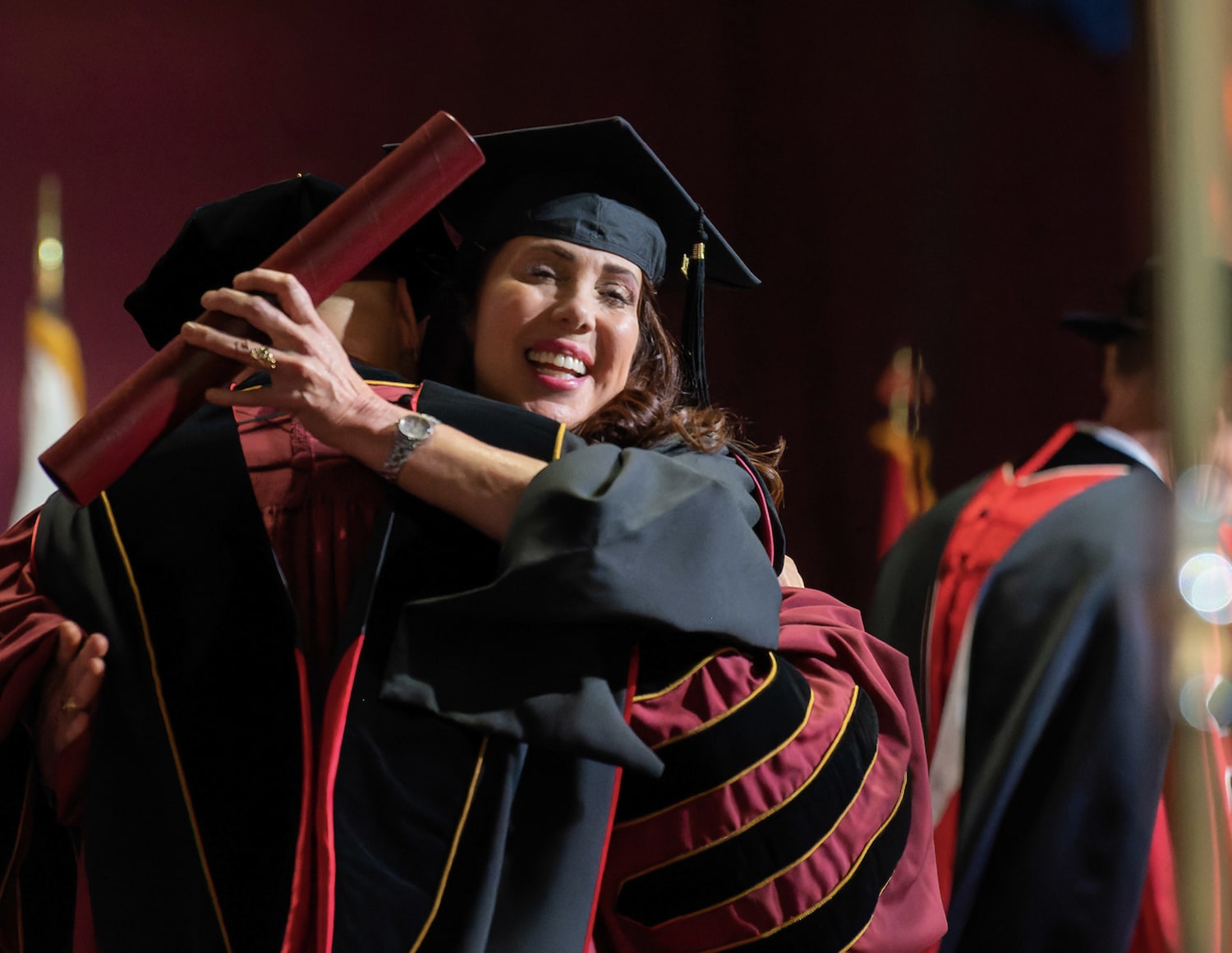 Success’s beginnings arrive in unexpected moments and from unexpected people, Deshauna Barber told Norwich University’s Class of 2022, and may follow bouts of confusion and a litany of errors. But the former U.S. Army captain and the first soldier crowned Miss USA told graduating students they can be limitless if they’d only allow themselves to be.

In her remarks to a packed Shapiro Field House on Saturday, Barber, a motivational speaker and nonprofit CEO who advocates for U.S. service personnel, shared life lessons she hoped would help the 531 graduating students find their stride and achieve their dreams.

To illustrate how stepping stones can emerge where you least expect them, Barber described the chance meeting that began her Miss USA pursuit.

“Norwich graduates, choose to be good human beings that create joy in this world that contribute positivity to this world — that is, giving, loving and caring in this world.” U.S. Army Capt. Deshauna Barber

After graduating from Virginia State University with a business management degree, she’d commissioned into the U.S. Army Reserve, following in the footsteps of her Army veteran father, mother, sister, and brother.

With no career job lined up, Barber faced the same “what’s next” question that likely hectored many graduates’ thoughts. The postgraduation start had been rocky. After a torrent of rejected applications, Barber took jobs she could get, working first as a Cracker Barrel waitress, then as a customer service worker at Target, a job that was a stepping stone in disguise.

One day at Target, a random woman started a conversation, asking Barber her age (19), whether she was born in the United States (yes), married (no) or a mother (no). Barber said she thought the woman was getting a little too familiar and might have been  a little crazy.

“She then says to me, ‘You are the most beautiful girl I have seen today,’” she said. “Then this sociopath says to me something that changed my life forever. She says, 'You look like you could be the next Miss USA.'”

Barber remembers scoffing silently and emphatically telling the woman she wasn’t a pageant person. She was from a military family, in her second year of ROTC and anticipating postgraduation active duty.

So, swallowing her skepticism, Barber met with the woman at a Starbucks the next day to flip through a foot-tall stack of pageant books she’d lugged in. Three months later, Barber competed in her first yearly Washington, D.C., pageant which she’d have to win for a shot at Miss USA. The statewide pageants could have dozens, or even hundreds of other competitors.

In the following years, Barber entered D.C. pageants six times and lost them all. But the Target conversation starter and book toter, Leslie Morton, urged her to keep trying. She still saw something.

In June 2016, Barber solved the seven-year hitch, winning the national Miss USA pageant. Then, in December 2016, Barber finished in the top nine out of 86 nations at the Miss Universe pageant in Manila, Philippines.

But between Miss USA and Miss Universe, Barber’s mother died from breast cancer. Depression descended as she mourned her mentor and her mother.

“What does this say about the process to accomplishing our dreams? It says that, ladies and gentlemen, this road to our dreams does not exempt us from struggles and pain,” Barber said. “It means that in the midst of celebration, we could also be experiencing grief and heartache. It means that you never know what someone is going through, so never judge a book by its cover.”

Barber said she remedied the sadness of these losses by striving for positives — believing amid doubters, giving amid takers, being an advocate and ally for everyone around her.

“Norwich graduates, choose to be good human beings that create joy in this world that contribute positivity to this world — that is, giving, loving and caring in this world,” she said. “Because why? We need that.”

Barber also encouraged students to stay true to themselves. After her fifth state pageant loss, a judge had told Barber to stop “playing the military card” and ditch her “support our troops” message as she competed, arguing the “masculine” armed forces didn’t fit with “feminine” pageants.

But Barber wouldn’t mind the judge. She didn’t.

“Not all advice is good advice, graduates. Oftentimes, we see something in our aspirations that only we can picture and only we can envision,” she said, explaining her “stay the course” maxim. “It is imperative that you stay true to yourself, no matter what. … Only you, as individuals will have to bear the burden of regret.”

To succeed, Barber encouraged students to be realistic with timelines and unrealistic with goals, reach as high and as far as they can. Graduates could decide tomorrow to be the next Oprah Winfrey or Jeff Bezos, the nest four-star general or motivational speaking company CEO.

“My question is, ‘Why not?’ Why can’t you?’” Barber said. “I want you to let go of the chains of imposter syndrome around your dreams. Imposter syndrome  forces us to hold our dreams in a captivity that we create. … No matter how statistically unrealistic it is, you owe it to yourself to try.”

President Mark Anarumo had also accentuated positives in his ceremony-opening remarks. He encouraged graduates to surround themselves with people who shared their joys and sorrows and to do things that brought them meaning. He also encouraged them to stay forever curious, always learning.

“Face every challenge with the enthusiasm and devotion you have demonstrated in achieving this degree today and to become a leader of both passion and purpose,” he said.

Citing Thomas Jefferson’s quote that one person with courage is a majority, Anarumo asked graduates to act with conviction, to keep trying and to become the moral, patriotic and useful citizens, and leaders Alden Partridge had imagined when he founded the university two centuries earlier.

“Each of you is destined to lead; you can make the communities you join — and the communities you form — stronger,” he said. We live our best lives and have our best times when we are in service to one another. … Your Norwich degree has transformed you; now it is your job to go out and transform the world around you — to make it better.”