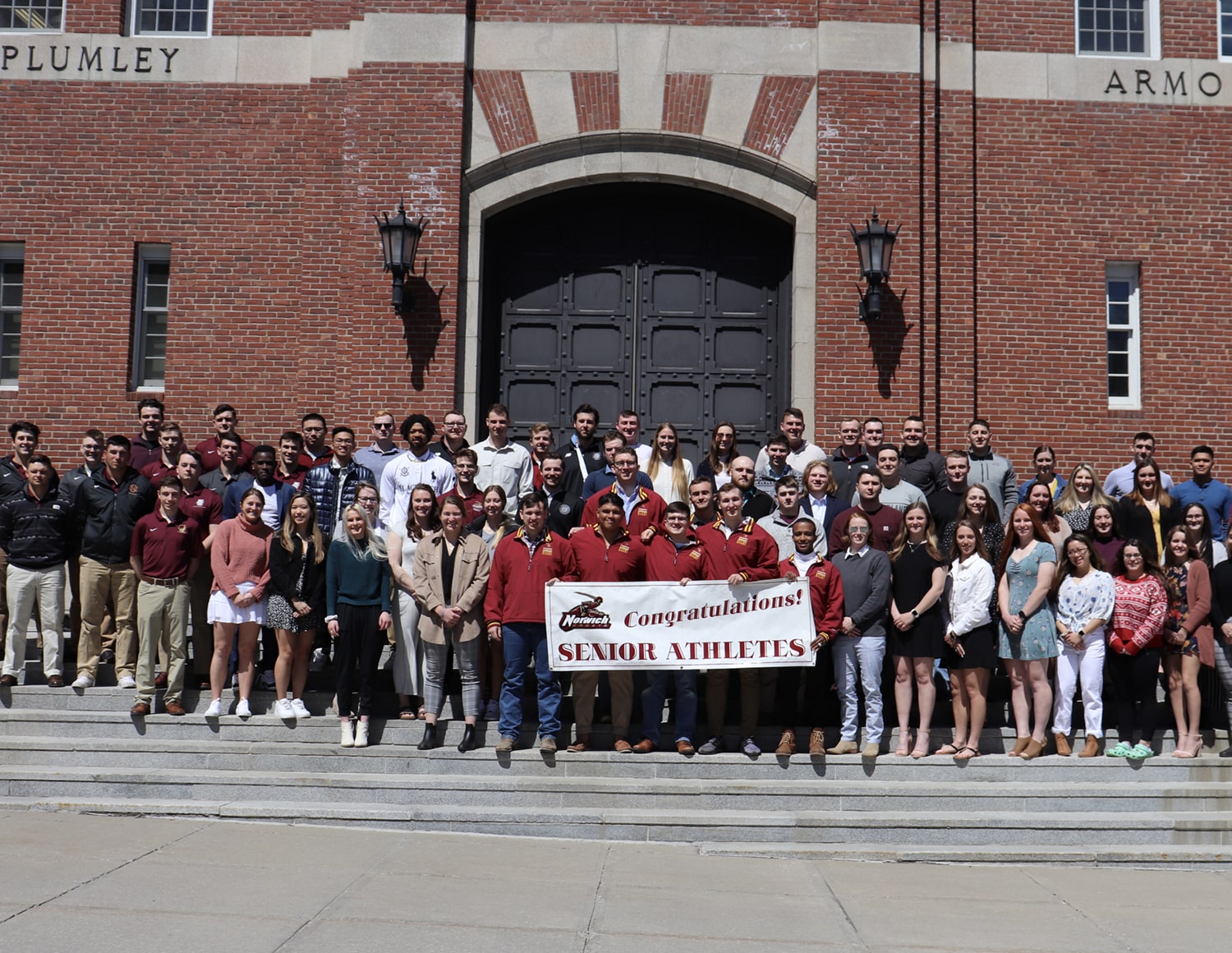 Berg, a women’s hockey goalie from West Fargo, North Dakota, was third-team New England Hockey Conference and posted a .936 save percentage and 1.53 goals against average in 19 games played, compiling an 11-8-0 record.

Berg won three New England Hockey Conference Goalie of the Week honors during her senior season. She tied the program single-game record for saves (44), broke her own previous best mark with 291 consecutive shutout minutes and had six shutouts.

Berg also won the Roy Looke Award, given to the senior who has distinguished himself/herself athletically, academically and has displayed leadership as a civilian.

She had a 3.67 cumulative GPA as an athletic training major and was on the Student-Athlete Advisory Committee.

Curran, a wrestler from Peterborough, New Hampshire, is the second wrestler to win the top male athlete award since its 2009 debut.

The Coach Mariano Awards are named for Anthony Mariano, who’s retiring after 44 years at Norwich and 30 as athletic director.

Women’s lacrosse player Allison Sturgeon of Monticello, Indiana, won the Garrity Award, which goes to the  senior who has distinguished himself or herself athletically, academically and has displayed leadership in the Corps of Cadets.

Sturgeon was a sergeant first class in Norwich’s Corps and commissioned into the U.S. Marine Corps as a second lieutenant. She’ll pursue her law degree and aspires to be a Judge Advocate General’s Corps officer. Sturgeon also received the Brig. Gen. Elizabeth P. Hoisington Award, given to the top senior commission-seeking female cadet.

Zev Motew, a  football player from Highland Park, Illinois,  won the Charles F. Crosby Courage Award, which honors a graduating senior athlete or team manager who has overcome adversity during their time at Norwich. Motew, a linebacker who led the team in tackles with 95 this past season as a captain, has worked through a lifelong speech disability.