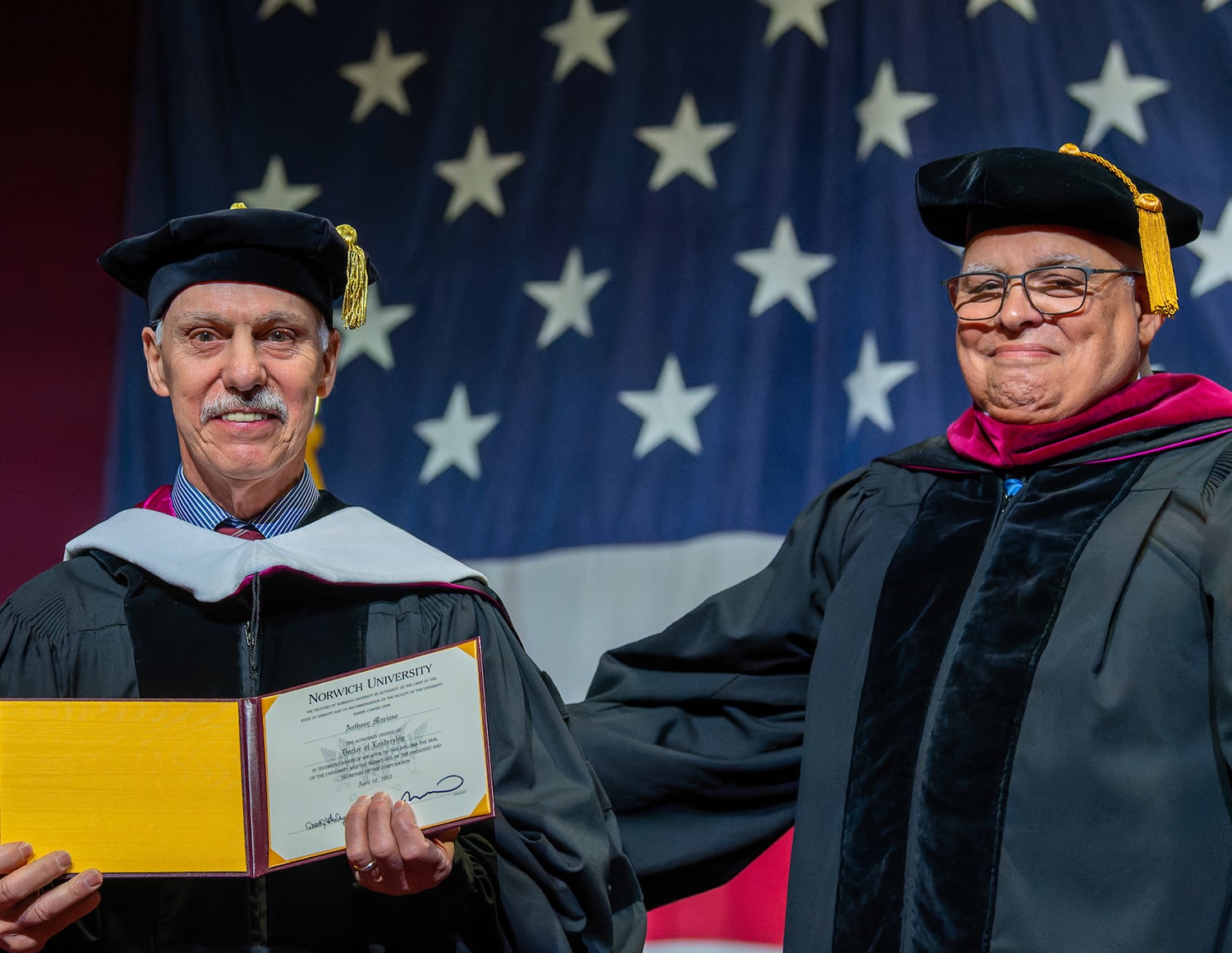 Mariano, who’s retiring in May after 44 years at the university and 30 as athletic director, received the Honorary Doctor of Leadership.

In March 2018, the National Association of Collegiate Directors of Athletics named Mariano Under Armour® Athletic Director of the Year. In 2001, Mariano was inducted into the Sports Hall of Fame in Rome, New York, his birth city. In 2021, Norwich’s

After teaching at the University of Minnesota, Hoppe spent 39 years as a Norwich University chemistry professor. In 1992, she was elected the first vice chair of the Faculty Senate, which she’d helped establish; she also became one of the University Curriculum Committee’s longest-serving members.

Hoppe received the Homer L. Dodge Award for Teaching Excellence, four times received the Charles A. Dana Category I Grant and, in 2014, received Vermont Women in Higher Education Sister Elizabeth Candon Distinguished Service Award, presented to a woman who has worked to advance other women in higher education nationally, regionally and locally.

“If you were a student or employee during the time that Professor Hoppe was on faculty, you would have known her or would have wanted to know her,” President Mark Anarumo said in conferring the honor, which Hoppe’s sister Monica Harsnett accepted. “She was a dearly beloved community member, a mentor to many, whose presence at Norwich continues to be felt, even in her absence.”

Barber, who has spent 10 years in the U.S. Army Reserve, is cadet instructor at Howard University’s Bison Battalion. She was crowned Miss USA in 2016 and spent her yearlong reign pushing the government to boost support for armed forces personnel who suffer from post-traumatic stress disorder (PTSD).

Barber is now president and chief executive officer of Service Women’s Action Network, a  501(c)3 nonprofit organization advocating for U.S. servicewomen and veterans. She travels the world as a motivational speaker and has made it her life’s goal to encourage, inspire and strengthen the people around her.