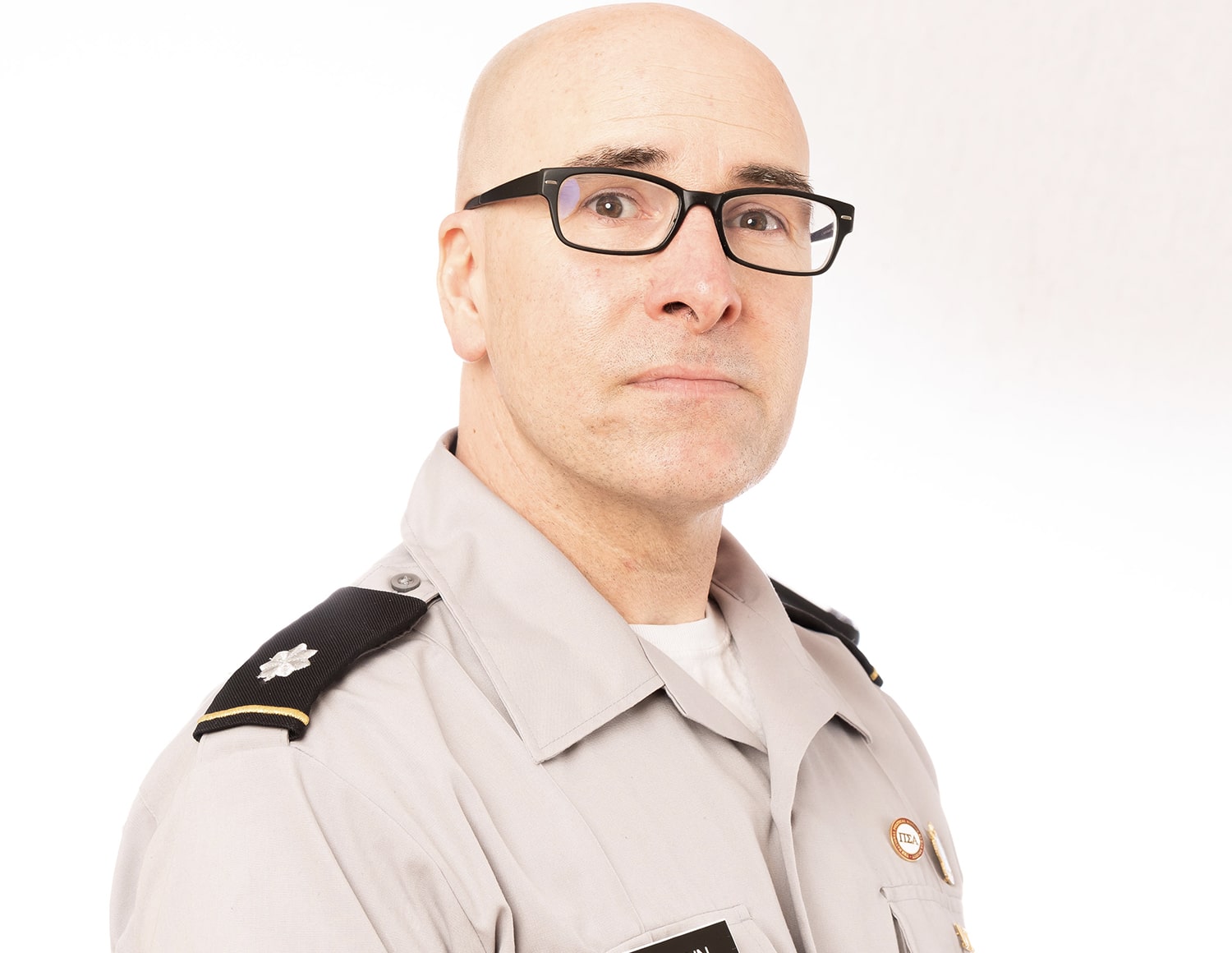 NORTHFIELD, Vt. — Norwich University Associate Professor of Political Science Dr. Jason F. Jagemann has been awarded the Silver Patrick Henry Award by the Military Order of World Wars for his significant contribution to the cause of patriotism during the order’s New England Youth Leadership Conferences at Norwich University from 2019 to 2022.

The award letter states that the conferences were greatly enhanced by Jagemann’s “subject knowledge, teaching manner, and enthusiastic interaction with young students which makes him an ideal instructor for this program.”  The letter further lauds Jagemann for teaching about the Supreme Court through role play of real cases, achieving “a better understanding of the application of the civil liberties outlined in the U.S. Constitution.”

“For those who know Dr. Jagemann, this award comes as no surprise,” College of Liberal Arts Dean Edward Kohn said. “A fixture of the Norwich campus and the Political Science program for 16 years, ‘Dr. J.’ has proven himself a popular teacher, valued mentor, knowledgeable scholar, and a supportive colleague. On behalf of the College of Liberal Arts, I wish Professor Jagemann my most sincere congratulations for receiving the Silver Patrick Henry Award. Way to go, Jason!”

Jagemann serves as the coordinator of the political science program for undergraduates at Norwich University, which is located in the College of Liberal Arts. His primary field of expertise is in American politics with emphases in public law, political behavior, and interest group politics. He also has ancillary scholarly and teaching interests in political theory and philosophy, in particular, democratic theory and feminist political thought.

Jagemann received his Master of Arts and doctorate from Western Michigan University and his Bachelor of Arts from the State University of New York, Potsdam, where he majored in political science and minored in U.S. history.

At the graduate level, Jagemann has taught the Research Methods Seminar for the College of Graduate and Continuing Studies’ Master of Public Administration Program.

His research focuses on how institutions, such as Congress and the U.S. Supreme Court, shape the behavior of interest-group coalition building and lobbying. Also, Jagemann is working on a project assessing issue salience of Supreme Court cases, drawing on Google Trends analytics data. He’s also faculty adviser to the Political Science Club, the Prelaw Society and the Political Science Honor Society, Pi Sigma Alpha.

“Serving as an ambassador to students in the (Youth Leadership Conference) around civics and the duties and obligations of civic engagement and leadership is an invaluable experience,” he said. “The relationship I have with the students is symbiotic: I learn as much from these high school participants at the YLC about what intrigues and interests them about politics and participation as much as I hope they learn from me about the primacy of civics and being engaged citizens of the communities of which they are a part.”

About Norwich University
Norwich University is a diversified academic institution that educates traditional-age students and adults in a Corps of Cadets and as civilians. Norwich offers a broad selection of traditional and distance-learning programs culminating in baccalaureate and graduate degrees. Norwich University was founded in 1819 by U.S. Army Capt. Alden Partridge and is the United States’ oldest private military college. Norwich is one of our nation's six Senior Military Colleges and the birthplace of the Reserve Officers’ Training Corps (ROTC). www.norwich.edu