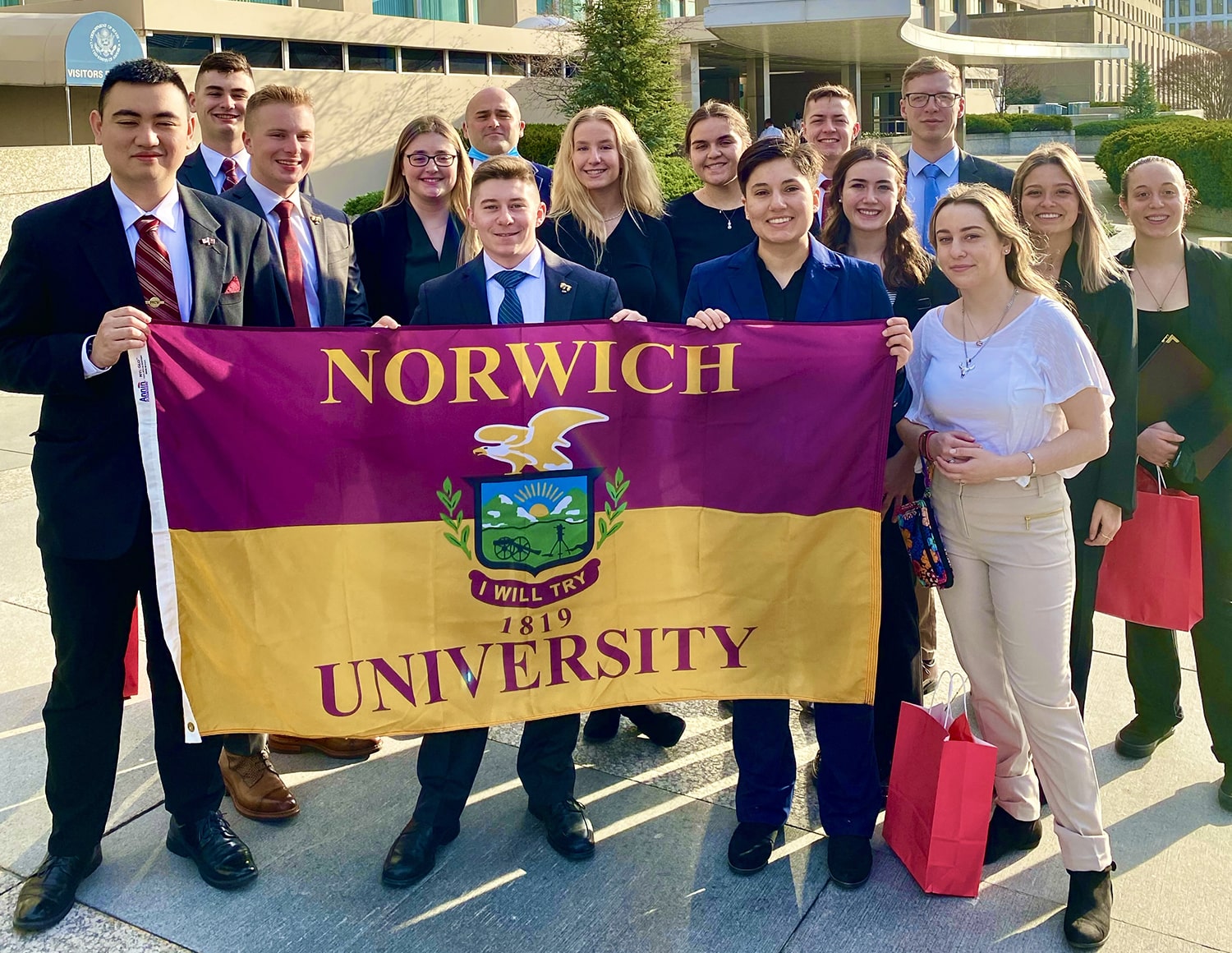 Here are reflectons from the 15-member interdisciplinary group, which included students from two colleges and eight majors.

“One of the best experiences of the trip was hearing from Mrs. Kate M. Putnam, the acting deputy director for policy for the Bureau of Western Hemisphere Affairs within the State Department. Hearing about a lesser-known department, in how it operates and fits into the role of the State Department was a unique experience. Additionally, she illustrated a large part of intergovernmental cooperation, through how the Bureau of Western Hemisphere Affairs is in cooperation with the situation in Ukraine, in particular, regarding both oil and food staples.”

“(The) biggest take away I had was network. Every day, at any time, you could meet an asset. Everyone has their own thing cooking in their kitchen and a smile with a ‘How are you?’ can turn into a conversation and that can turn into an opportunity. Your connections can be the difference between a successful project or not or even a job opportunity.”

“The first takeaway is that there are many more roles in the government than I have ever imagined that take people from all sorts of specialties. There are so many components that go into security and foreign affairs.”

“Things in government are fast and concise. There is absolutely no time for fluff, filler words, or excess information. This is part of what makes the government efficient, but I think it can also have the reverse effect. By cutting out some of the information for the sake of conciseness, you leave decision makers with an incomplete picture.”

“The two main takeaways from this class and trip were that there is a lot that goes into governmental planning, and that there are a lot of hidden parts that we do not see. Beforehand, I wouldn’t have expected how many different agencies have a hand on the whole planning process. This class and trip allowed me to be able to understand more of the parts of government that I am interested in. By (seeing) these agencies and the work they do, it makes me want to strive to earn one of these positions one day.”

“One of my biggest takeaways was the idea of deliberation and understanding what that looks like in practice. … I thought it was remarkable how much deliberation and sometimes just flat-out arguing occurred. Still, it gave me a greater appreciation for how the real representatives in these agencies help make the nation's decisions and inform the executive branch. It also made me think of how much deliberation must happen within each agency to decide what information rises to that level.”

“The first takeaway from the trip to D.C. is the decision-making process as a whole. … Hearing from those who are in positions to make such decisions was insightful on how complicated the process is. The constant inflow of information is continuously changing and affecting … making a decision at such a high level of importance. The second takeaway from the trip is how common and important the overlapping of agencies is in the decision-making process. In class, we also touched on the overlapping of agencies; however, seeing the constant overlap and how familiar each agency is and has to be with each other was insightful.”

“My favorite activity from the trip was hands-down the simulation at the end of the week. The environment that we were in and the individuals who came in to play (president of the United States) really gave a sense of realism to our task. I really enjoyed the entire simulation, although I admit I was shocked when the briefing memo we had been working on all morning was just thrown out the second we arrived. … We were forced to be creative and to collectively come up with our hard stance and challenge the president’s inconsistencies in guidance. It definitely gave me a new perspective on how decisions like this are made in that advisers sometimes have to tell the president how it has to be to ensure the best outcome beyond the political arena.”