‘There are millions of people who are against this war.’ 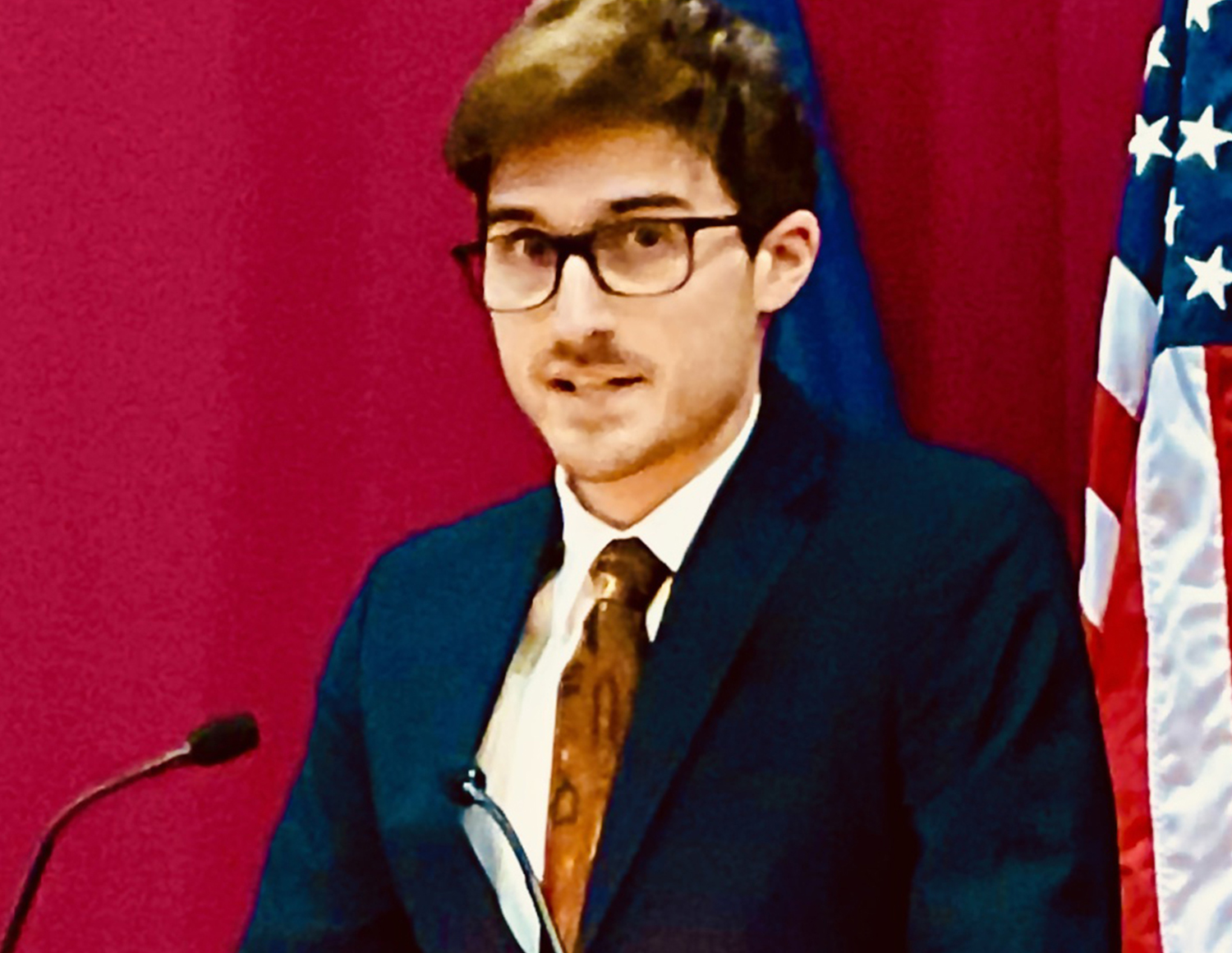 As March started and the Russia-Ukraine conflict began to escalate, Mikhail Verenov, a Moscow-born Norwich University senior, felt horror in his stomach and found dread in his mailbox.

Verenov, 24, a senior international studies major, said he’s always opposed Vladimir Putin, voting against him in Russia’s 2012 presidential election and getting carted off in handcuffs during one anti-Putin protest. In recent days, Verenov said he’s watched in horror as Putin sent troops into Ukraine and the conflict escalated.

Then, the letter came, drafting him into the Russian army.

“No apology can right the wrongs that people allowed this man to do.” Mikhail Verenov, Norwich University senior, referring to Russian President Vladimir Putin

Verenov, a civilian student, has an F-1 student visa, which expires when he graduates in May. He has a finance job lined up and hopes to land an H1-B visa, a permission granted to specialty workers with bachelor’s degrees. He said he’d like to stay in the States and earn his green card.

“As long as I stay in the States, as long as I stay outside of Russia, (the Russian government) can’t touch me,” he said. “As soon as I get back there, on the border, they  put me in one of their military trucks and ship me off to the training course. And after a couple of weeks of the training, I get shipped off to Ukraine.”

Verenov, who came to America eight years ago with his mother, who’d divorced his father and married an American, said he never wanted this war and that many other Russians don’t, either. His mother, like him, is horrified.

“There are millions of people who are against this war,” he said. “Only the brainwashed Soviets that have gotten their information from the state media …  are convinced that this is the right way to do it. … Wars are terrible. Nobody wins.”

Verenov said his life is still largely in Russia. His father, stepmother, stepbrother and grandmothers are there. So are his investments — many in U.S. companies. He said his portfolio’s value crashed as many companies exited Russia. (Google, Apple, Microsoft, Visa, Mastercard and McDonald’s Corp. are among the exiting companies).

Verenov said he’s tried talking to his family at home, using Tor, an open-source software enabling anonymous communication. But he said he still talks in code, in case the conversations leak. A newly enacted censorship law there means anyone who publicly contradicts the Russian government's narrative, calling the conflict an “invasion” or “war” and not a “special operation,” for example, can face up to 15 years in prison.

All Russians, Verenov said, fear for their safety. And, he said, his mother and Russian-born girlfriend have faced backlash.

Verenov said his girlfriend, who’s studying for a master's in France, is getting scoffed at, harassed and denied jobs in her field, marketing and public relations, simply because of her nationality. Verenov said people have also looked askance at his mother, irrationally asking her how she (and presumably other Russians) could have allowed the conflict to happen.

Verenov said he’d been spared disdain at the university. He said fellow students and professors have supported him swiftly and thoroughly, checking in and chatting with him, and the Counseling and Wellness Center has offered a safe place to talk.

He said he couldn’t afford to give a lot of money to support the Ukrainians, but has tried to show solidarity in other ways, attending the March 2 echo taps on the Upper Parade Ground.

“I stood there feeling absolutely lost,” he said. “There’s an empty hole in every one of us. … No apology can right the wrongs that people allowed this man to do. … I can’t shake that feeling that I’m at fault here, I’m the pariah.”

POSTSCRIPT: Verenov spoke Monday night at a Milano Ballroom reception for Peace and War Summit attendees, invited by political science professor Dr. Yangmo Ku. Verenov said he described how the severe economic sanctions have hurt his family back home. His grandmother’s $200 a month pension has been devalued by 40%. The minimum average living cost is about $350.