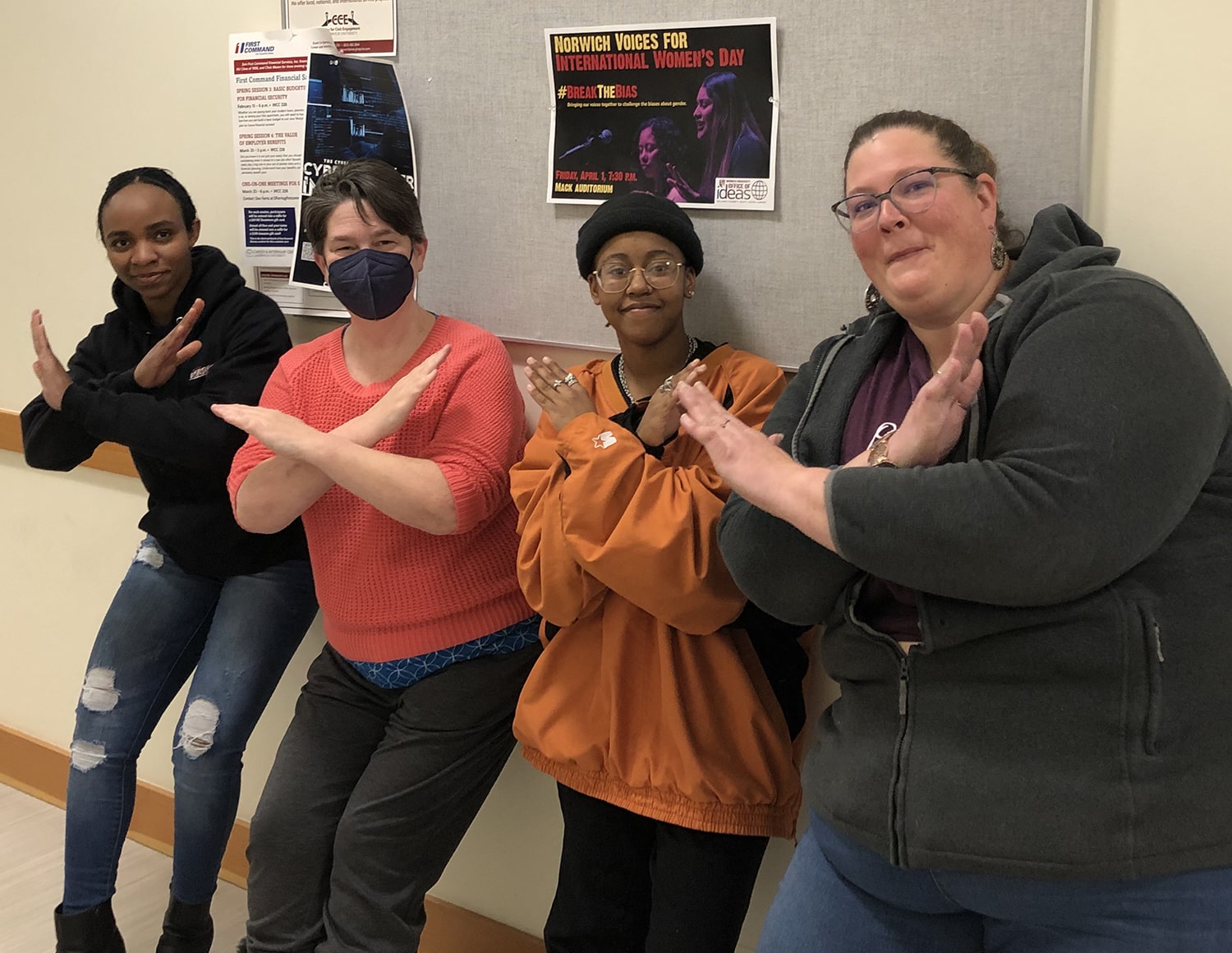 For the first time in three years, students and faculty will be able to see one another across the aisle instead of through cameras as they share personal stories of love, struggle or triumph during Norwich Voices for International Women’s Day.

The Office of IDEAS (inclusion, diversity, equity, accessibility and support) will present the fifth annual spoken-word event, which returns to Mack Hall’s auditorium at 7:30 p.m. Friday after a two-year coronavirus pandemic-forced online hiatus. Admission is free.

“Anybody has the potential of doing anything.”Teresia Mewema, Norwich University freshman

“We don’t have to worry about ‘mute’ buttons; we get to be in the space with each other,” Ward said. “It’s a nice feeling of camaraderie and connection.”

Nine current students, one coming-next-year student and four faculty and staff members will read texts, poetry or prose, they, or others, have written. In past years, the readings have been honest, probing, personal and powerful.

Ward said the event will get women’s voices heard, and, aligning with the #breakthebias theme, examine what it means to be a woman, especially at Norwich, with its Corps of Cadets and Senior Military College status.

Teresia Mewema, a freshman nursing major from Kenya, said she’ll read two pieces about growing up battling traditional notions that women should mind cooking, housekeeping and children and little else.

“I’d like to break that gender bias,” she said. “Because anybody has the potential of doing anything,” she said.

Perkins said sharing her writing online has revealed to her that she doesn’t suffer alone. Emotions, especially anger, affect everyone, she said, and though culture may box people in — women must be sensitive, men must be tough — nothing’s that simple.

“That’s just not what reality is,” she said. “We’re humans and we’re complex people.”