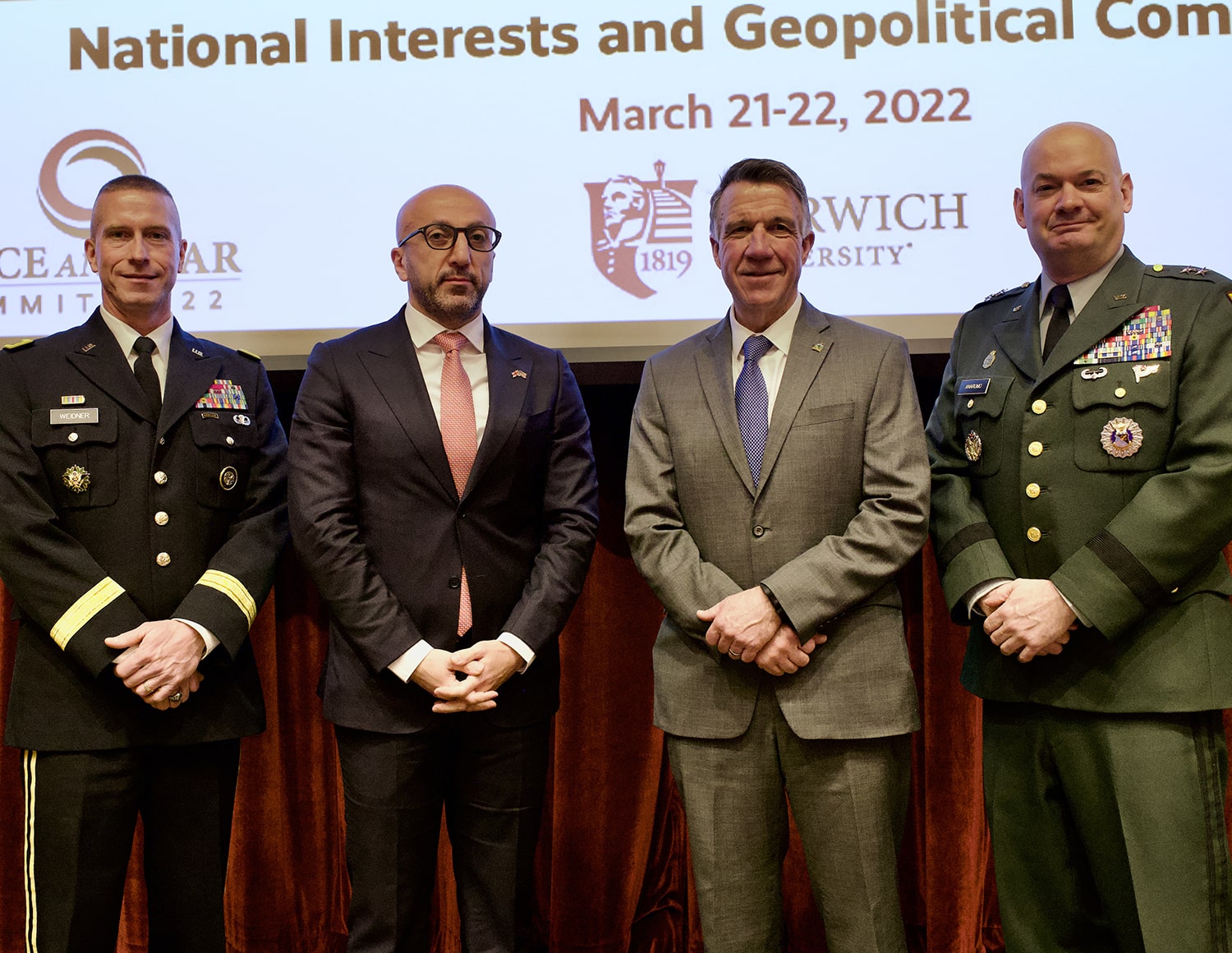 Last week’s two-day Peace and War Summit addressed global challenges presented by Russia, lately a straight-from-the-headlines discussion, and drew hundreds of attendees, in-person and virtual, from across campus and around the globe.

“If you want to talk about conflict, you have to do things like this (summit).”Dr. Travis Morris, director, John and Mary Frances Patton Peace and War Center

Peace and War Center Director Dr. Travis Morris, an associate professor of criminal justice, said although any of the opening-day keynote speakers could have spoken compellingly alone, their multiple perspectives — military and diplomatic and Vermont-related — let students reflect on the “Russian riddle” multidimensionally.

“If you want to talk about conflict, you have to do things like this (summit),” he said.

On the “In Their Words” page, Norwich University blogger Isabela Ferraro was analyzing summit speakers’ ideas for defusing the Ukraine conflict — what might the U.S. sacrifice, how might European nations be more diplomatically involved and how best to define “ally.”

“The term ‘ally’ was emphasized to be binding of actions versus the commonly loosely used version that simply displays that you ‘like’ each other or align well with them and favor them,” Ferraro, a senior international studies major and a U.S. Army ROTC participant, wrote March 22. “The first rule of NATO fight club is knowing the actual treaty, in reference to one NATO country being able to veto an idea and not automatically having all of them join a war.”

On Twitter, the Foreign Policy Research Institute was also reflecting. The account Editor of FPRI’s Orbis, which tweeted more than a half-dozen times during the summit, warned against hot-take conclusions. (Orbis is the institute’s magazine).

“Important caution: don’t extrapolate for the future — regime failure, newfound unity of the West, etc. — solely on the basis of the last four weeks,” the tweet read. “Trajectories have not necessarily changed.”

COMING THURSDAY: A Ukrainian student reflects on the war in Russia