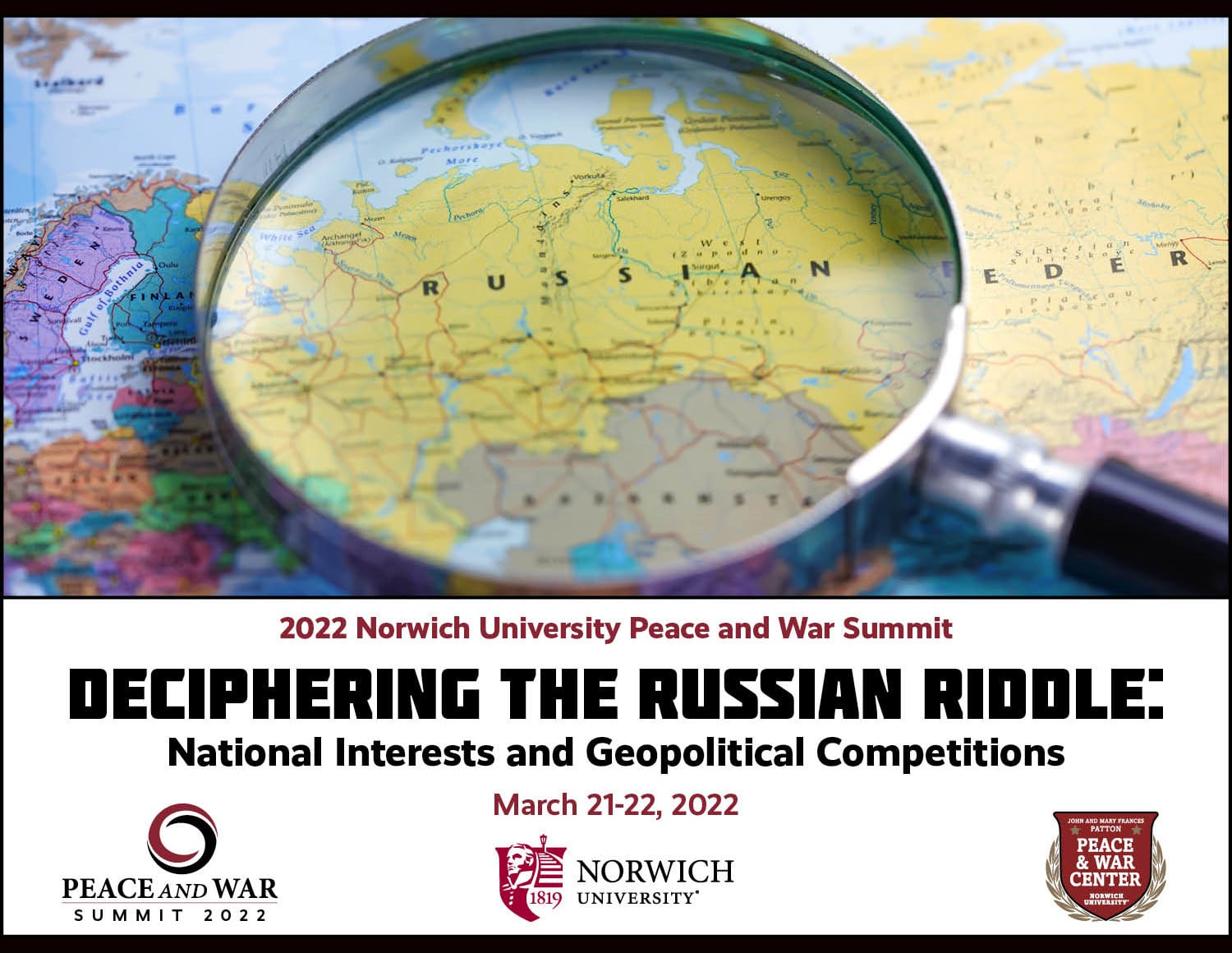 Events are free and open to the public. All will be livestreamed.

Scott, who visited Norwich University to speak during the bicentennial Homecoming and for the 20th anniversary of the Sept. 11, 2001, terrorist attacks, will speak at 9 a.m. in Mack Hall Auditorium, followed by Giorgi Tsikolia, deputy chief of mission, Georgian Embassy to the United States, and U.S. Army Brig. Gen. John W. Weidner, U.S. Strategic Command deputy director for plans and policy.

During the summit, speakers will scrutinize Russia-related challenges, including its territorial intrusion into Ukraine and Georgia, its intervention in Syria, its military partnership with China, its cyberattacks and its disinformation campaigns.

Tchantouridzé, a Norwich University professor and director of its graduate programs in diplomacy and international relations, has offered expert commentary on local media several times since the Russia-Ukraine conflict started in late February.

Norwich University student presenters, who will come to Mack Hall for Monday’s 4:15 p.m. presentation, will include Ethan Owens and John Walsh. University of Vermont master’s student Caleb M. Reilly will also participate. Reilly is a U.S. Army special forces captain and Owens will commission into the Army next month; Walsh is a Naval ROTC cadet who’s enlisted in the U.S. Marine Corps.

See the schedule and learn more about the guests and speakers.