The name on everybody’s lips is gonna be ‘Roxie’ ... 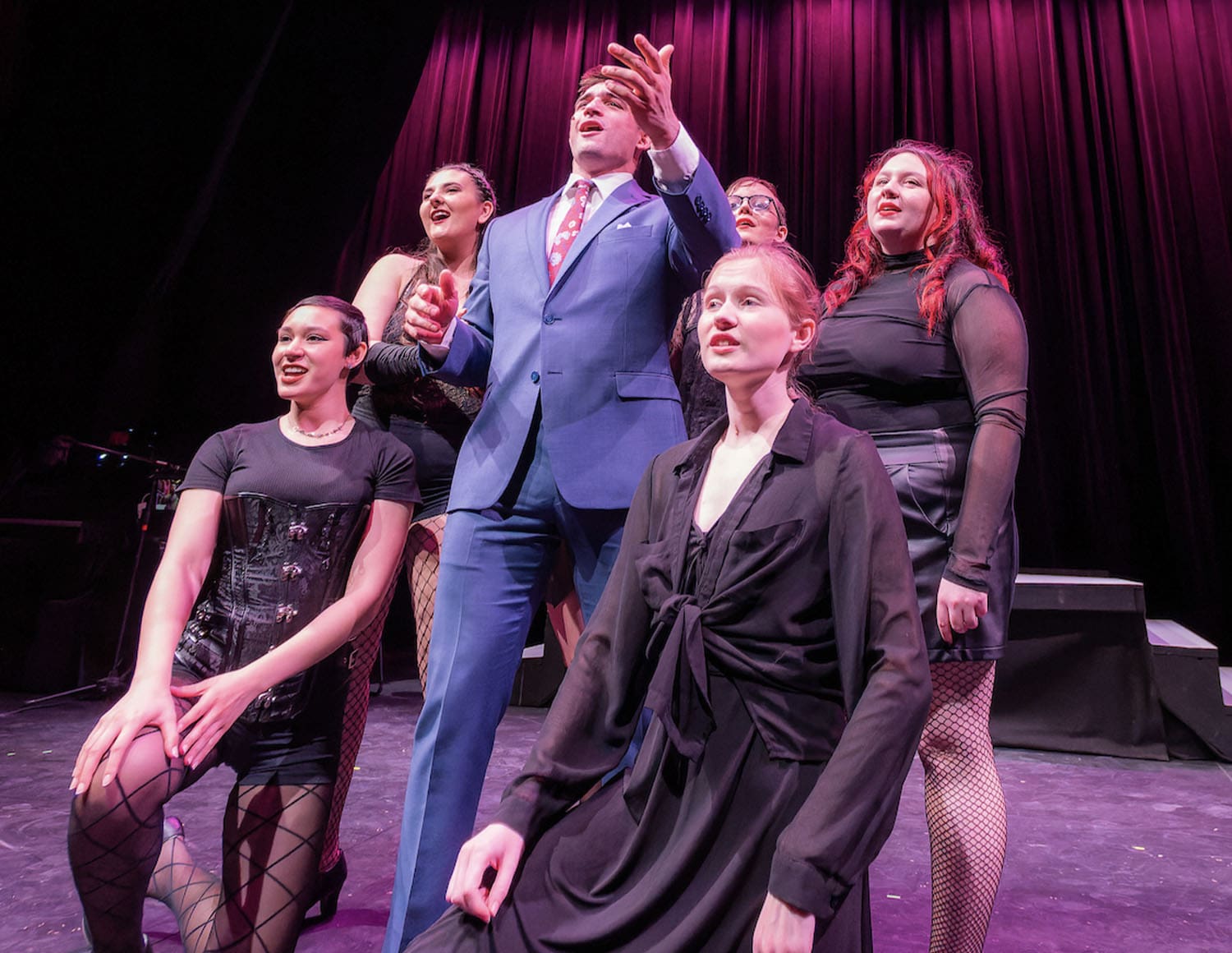 Set the stage, I know a comfy spot … where the grins are cold but the dancing’s hot …

It’s almost curtain for the Pegasus Players’ production of the Tony Award-winning musical “Chicago.” (Apologies to Fred Ebb, and his ghost, for mangling the lyrics.) The show will run at 7:30 Thursday, Friday and Saturday in Mack Hall Auditorium. Admission is free.

Ebb joined composer John Kander to write the score for the musical, which included original choreography by Bob Fosse and debuted on Broadway in 1975. The original production ran for 936 performances before closing in 1977. Hit songs include “All that Jazz,” “Razzle Dazzle,” “Roxie” and “Cell Block Tango.”

Though the original Broadway “Chicago” lost the 1975 Best Musical Tony (which was awarded in 1976) to “A Chorus Line,” the revived “Chicago” in 1996 was a megahit. It won six Tonys and became the longest-running musical revival and the longest-running American musical in Broadway history, surpassing Andrew Lloyd Webber’s “Cats” and trailing only Lloyd Webber’s “Phantom of The Opera.” Besides the Best Revival of a Musical Tony Award, the revived “Chicago” won a Laurence Olivier Award for outstanding musical production.

Kenny Grenier, in his first year with the Pegasus Players, is musical director; Carli Roberts ’21, is assistant director and choreographer.

“‘Chicago’ is, to quote one of my favorite movies, a ‘cookie full of arsenic,’” Casey told norwich.edu in February. “It’s tawdry fun but acerbic, bitter. … But the play is a burlesque in the original sense of the word: over the top, absurd, and exaggerated. Actors can wink to the audience and make sure we are all in on the joke.”

The show tells the story of chorus performer Roxie Hart, who murders a faithless lover in roaring 1920s Chicago and persuades her husband, Amos, to take the rap. Amos later learns he’s been duped and turns on Roxie, who’s convicted and sent to death row. Roxie and fellow “Merry Murderess” Velma Kelly compete for attention and headlines, before working together to pursue fame, fortune and acquittal.