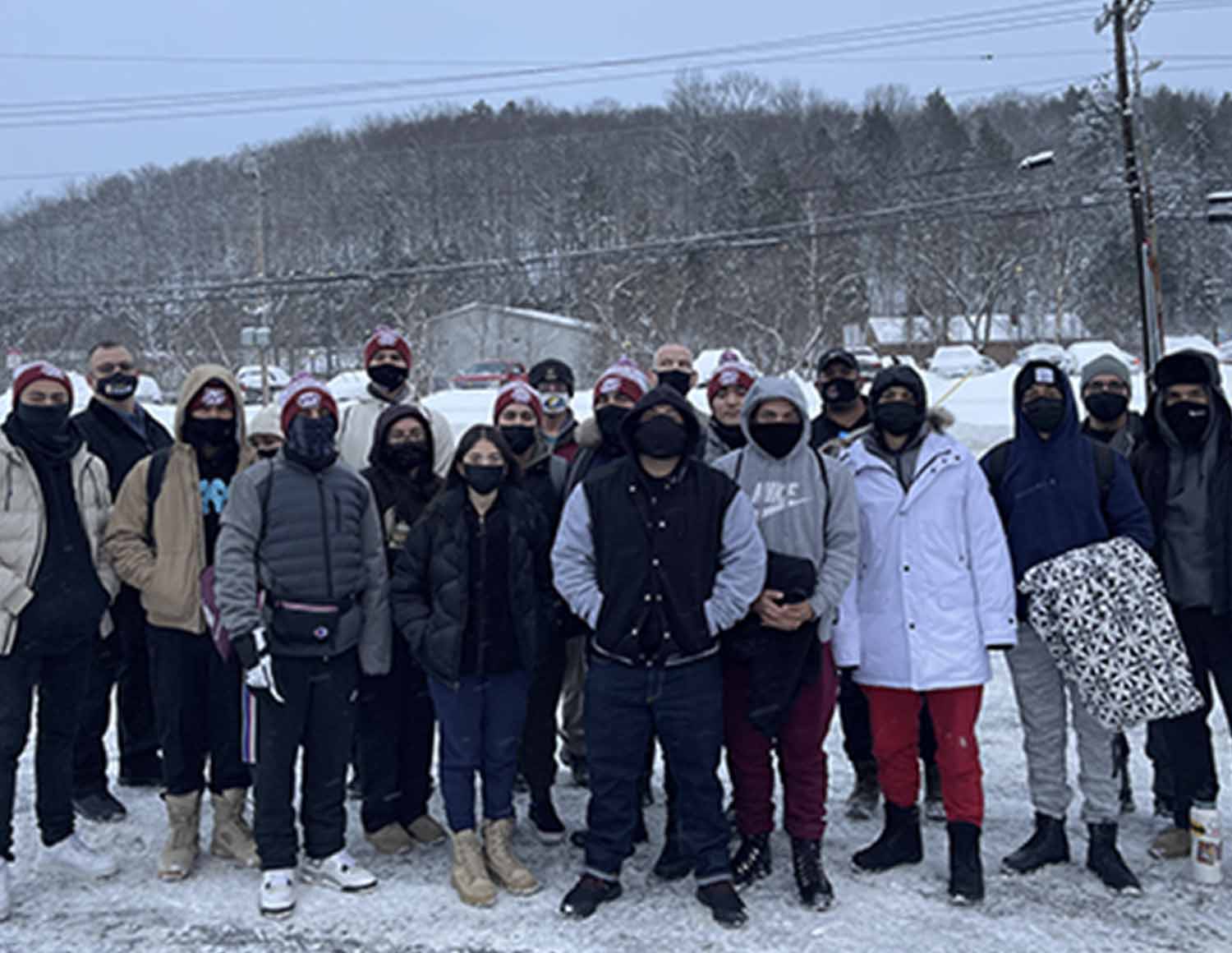 They went from sun to snow to see where ROTC began.

Norwich University will hold its spring open house for prospective students from 8 a.m. to 2 p.m. March 19.

Junior ROTC cadets are some of the many prospective students who visit Norwich each year; some participate Future Leader Camp, the Youth Leadership Conference and Adventure Day. Some JROTC cadets will likely visit the university’s April 19 Admissions Office Spring Open House.

Neil Julian ’99, a retired U.S. Army officer and Norwich’s Senior Associate Director of Recruitment and Leadership Programs, said in November that Adventure Day, for example, introduces visitors to campus, its Corps of Cadets and signature specialty units, including the Drill Team and the Mountain Cold Weather and Ranger companies.

“We show them that there are always leadership challenges and … highlight that you can separate yourself from a normal student who’s coming out of (high school) graduation,” Julian said. “That’s what Norwich does, investing into the leadership program and the leadership experience, to mold them as young adults to go forward in the future.”

“I was able to talk to some of the current students to hear what life was like there,” said North Valley Military Institute Cadet Sgt. Kimberly Lopez-Cruz, one of the accepted 12. “I learned about the different service components and the service commitment.”