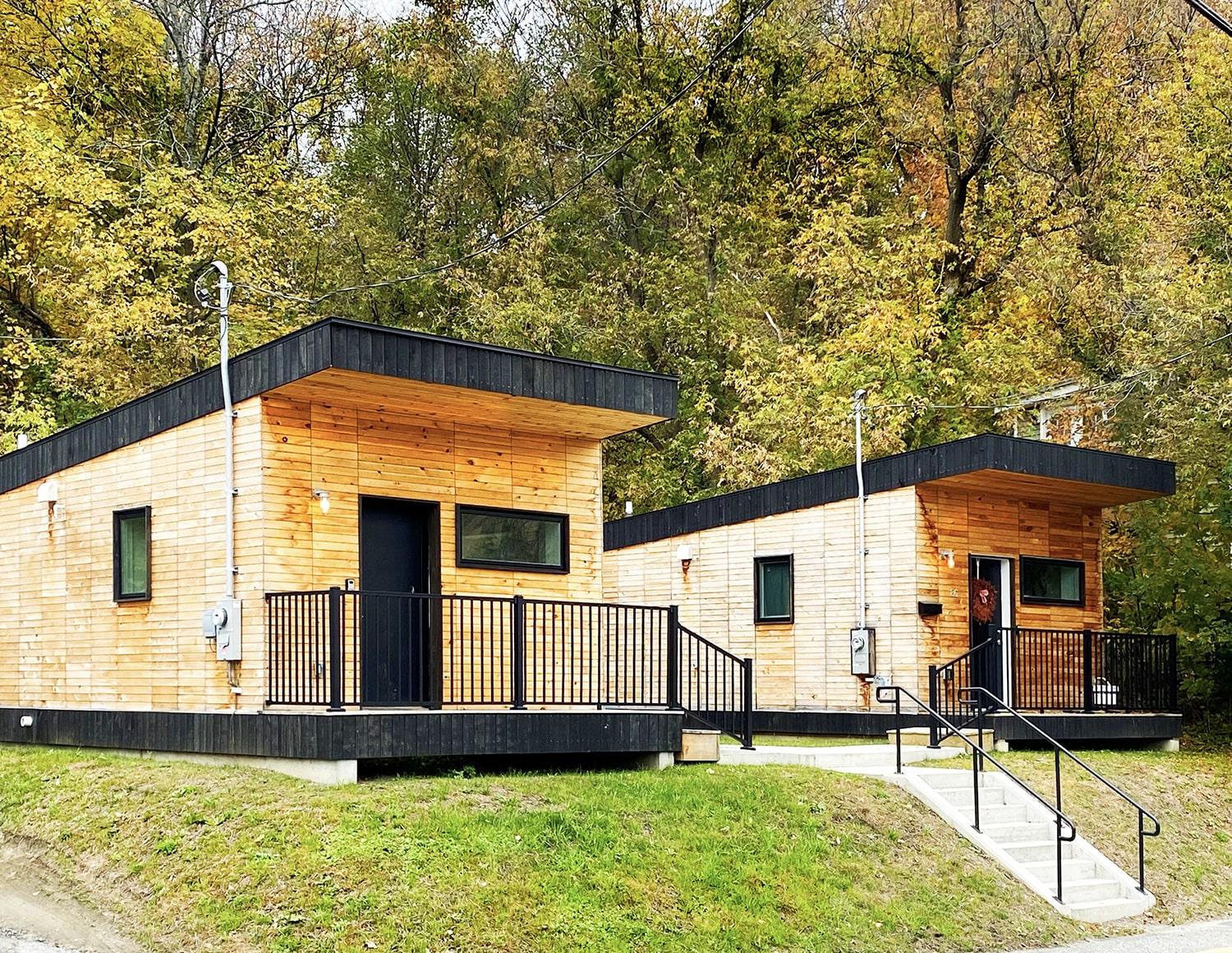 NORTHFIELD, Vt. — Norwich University’s School of Architecture + Art marked 25 years in 2021, a milestone that will be celebrated with the debut of a new logo; sharing the many awards and acknowledgments the school’s design-build projects have garnered over the years and a fundraiser, with a goal of $25,000 for 25 years, to support the school’s Endowment Fund.

Norwich University’s School of Architecture + Art is the only National Architectural Accrediting Board-accredited architecture school in Vermont and one of only two in northern New England. For more than 20 years, Norwich students have constructed full-scale projects to address Vermont community needs.

As the only university in northern New England to offer integrated professionally accredited programs in architecture, business, cybersecurity, engineering, construction and nursing, Norwich’s Design + Build Collaborative calls on students to live the Norwich mission to “act as well as conceive” and create solutions for local, regional and global challenges.

The School of Archtecture + Art which has increased enrollment year over year and expanded the architecture design build program with a new Bachelor of Science in Design Arts major and a new Master of Architecture track.

“Architecture has been part of the program of regular instruction at Norwich University from the institution’s founding, listed in the catalog of 1820,” Director Professor Cara Armstrong said, noting that this celebrates the 25th anniversary of the first graduating class.”

In 1990, Robert Schmidt, an engineering faculty member, and the first architecture students founded the formal architecture program, which has since grown into the School of Architecture + Art.

The school, which has increased enrollment year over year, has expanded the architecture design build program with a new Bachelor of Science in Design Arts major and a new Master of Architecture track for students who hold a baccalaureate degree in any field from an accredited college or university. The program also offers a Summer Design Academy for high school students and an annual architecture and high school design competition that offers university scholarships as prizes.

Norwich’s School of Architecture + Art is ranked No. 3 in the United States of “The Top 10 Architecture Program Most Hired From!” in the “under 20 graduating class size” category, according to DesignIntelligence 2020. At 30 and 40 years post enrollment, Norwich ranked in the top 7% for best net present value among the 4,529 schools ranked in Georgetown University’s 2019 “A First Try at ROI” study.

Norwich students outperform their peers: The Architect Registration Examination (ARE) is the third component of the “three E’s” required for professional architectural licensure (education, experience and examination). Overall Architect Registration Examination pass rates for Vermont, which includes Norwich’s School of Architecture + Art, exceed the national average, according to the National Council of Architectural Registration Boards. The national average to complete the exam is 2.5 years; Vermont practitioners’ completion timeline is 1.5 years according to the board’s By the Numbers 2015.

Donations to the Endowment Fund can be made here.

About Norwich University:
Norwich University is a diversified academic institution that educates traditional-age students and adults in a Corps of Cadets and as civilians. Norwich offers a broad selection of traditional and distance-learning programs culminating in baccalaureate and graduate degrees. Norwich University was founded in 1819 by U.S. Army Capt. Alden Partridge and is the nation’s oldest private military college. Norwich is one of our nation's six Senior Military Colleges and the birthplace of the Reserve Officers’ Training Corps (ROTC). www.norwich.edu