From simulators to statue: A look at the famous F-16 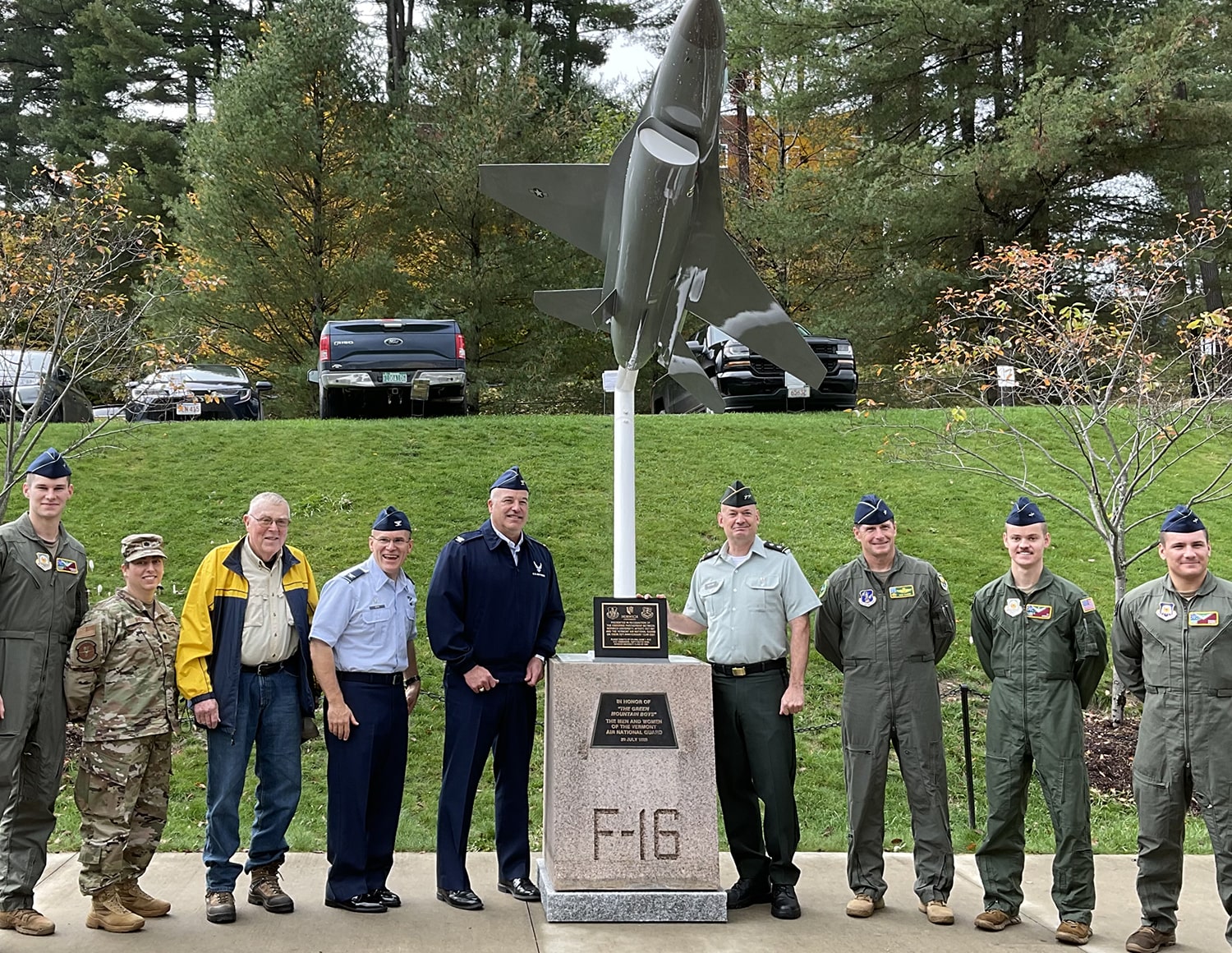 Although Dr. Kevin Fleming’s students just beginning to getting virtual looks at flying F-16s in Norwich University’s new flight simulation laboratory, they’ve been able to see an F-16 in miniature since October.

On Oct. 16, the mini F-16 was unveiled behind one of the end zones at Sabine Field at Haynes Family Stadium and commemorated 75 years of partnerships between the Vermont Air National Guard, U.S. Air Force ROTC Detachment 867 and Norwich University

The facsimile jet joined other military artifacts near the stadium, including a large anchor symbolizing the university’s ties to the U.S. Navy and U.S. Marine Corps and a World War II tank symbolizing ties to the U.S. Army. (President Mark Anarumo’s new-in-2021 puppy, Sally was named partly for the tank, nicknamed Sabine Sally.)

Although the anchor-tank display also includes part of a propeller blade from a Curtiss P-40 Warhawk, Anarumo said the new min F-16 would add nicely to the monuments.

As Lockheed Martin’s website reports, F-16s displayed their versatility particularly in 1991 during Operation Desert Storm, when more missions were flown F-16s than any other aircraft.

“This F-16 embodies our airmen, inside not only the Air (Force) and Space (Force), but especially in our Air National Guard,” Ciero said at the unveiling. “Together, we honor a three-way partnership that has existed here at Norwich for generations, a partnership that proves innovation in the Air and Space forces and our pilots’ futures — fly, fight and win, up and beyond.”