Steps from Beijing, but Olympic-size experiences 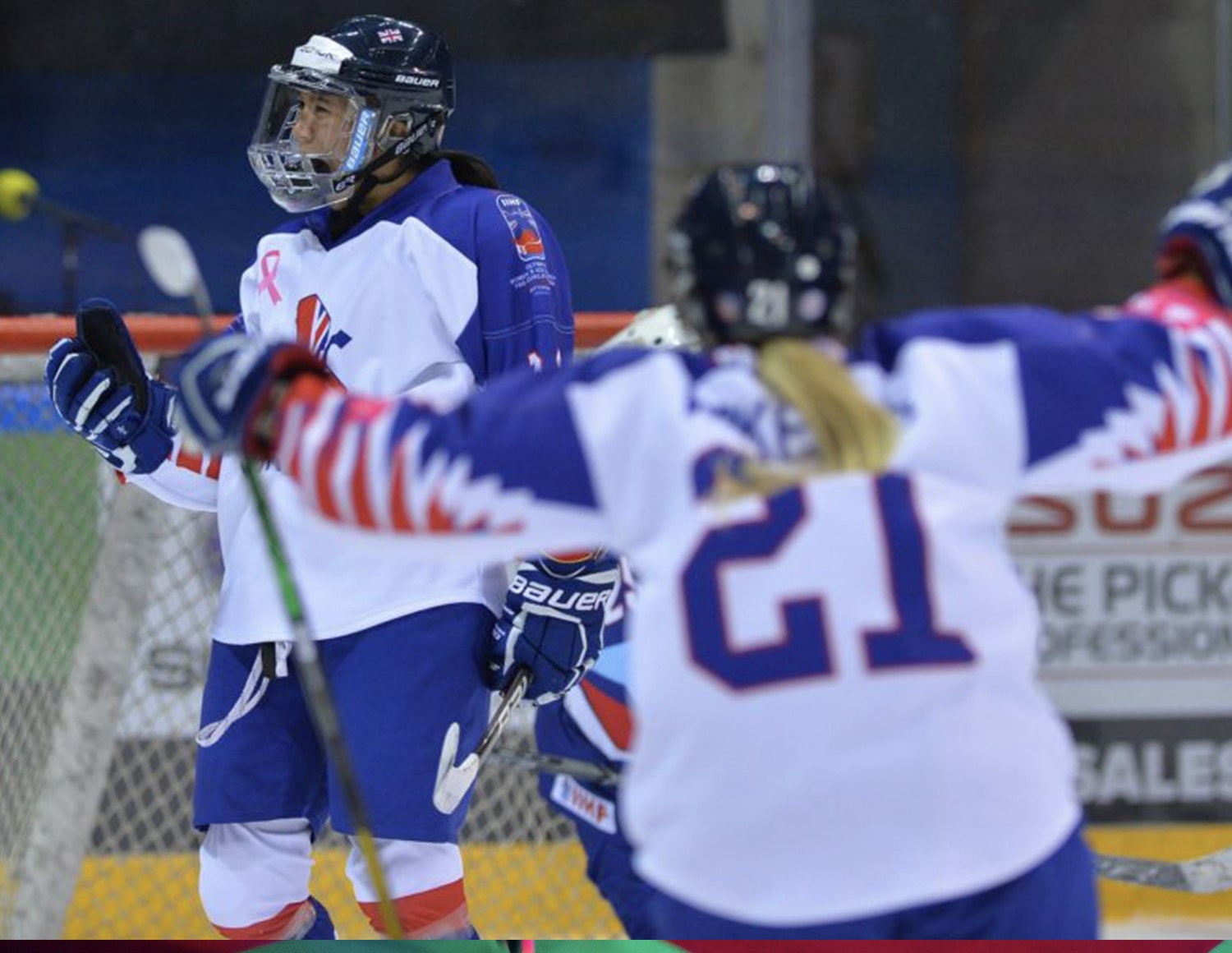 U.S. women’s hockey fans who stayed up late Feb. 16 to watch the Olympic gold medal game (or checked the score the next day) probably met a moment’s disappointment — Canada, the bitter rival, had won 2-1.

But getting the chance to play for the national team, for players all over the world, is as rare and special as reaching the Olympics. Two Norwich women’s hockey players got this chance, although their teams didn’t make the Beijing games, which ended Sunday. And a Norwich alumnus who’s spent his career promoting U.S. hockey for both women and men watched with satisfaction at how far women’s hockey has come.

Gavin Regan, who was in the Corps of Cadets and majored in business administration at Norwich before graduating in 1984, is a vice president for international hockey and governing council chairman for of USA Hockey, the nonprofit agency recognized by the International Olympic Committee and the U.S. Olympic and Paralympic Committee as the U.S. organized ice hockey’s governing body.

Regan, who spent 30 years in business and finance jobs with ING Group and KeyBank, has been with USA Hockey since 1995 and joined the executive committee in 2004 as a director representative.

Since 1999, Regan has particularly helped shape U.S. women’s hockey. In 2005, he was U.S. women’s national team leader in the lead-up to the 2006 Winter Olympics in Turin, Italy. Since 2002, he has directed camps for the USA Hockey National Women’s Festival in Lake Placid, New York, site of the 1980 Winter Olympics.

The U.S. women have played in every gold medal game except one.

“We have more and more participation from all over. We’ve got players in every corner of the country (who) are playing youth hockey,” Regan said from Potsdam, New York, where he lives with his family. “These girls and women can now aspire to be Olympic athletes.”

Growth in collegiate women’s hockey, which Norwich made varsity in 2007-08, has also helped fuel Olympic dreams, Regan said. Current Norwich women’s players Ingrid Holstad-Berge (Norway) and Aimee Headland (Great Britain) chased their Olympic dreams in qualifiers in the recent fall and early winter. (The national team players are connected on Norwich’s numerical roster; Hoilstad-Berge is No. 12, Headland is No. 13.)

Headland’s Great Britain team, playing de facto home games in Nottingham, England, in the preliminary qualification round in October, grouped with Korea, Slovenia and Iceland. The Brits went 2-1 and beat Korea, the group’s winner, but Korea advanced on points.

Norway, meanwhile, played in the final qualification round in November in Chomutov, Czech Republic, going 1-2 (beating Poland but losing to Hungary and the Czech Republic).

Headland, a sophomore criminal justice major who plays forward and was named to the New England Hockey Conference’s All-Conference team, said playing in the Olympic qualifiers fulfilled a childhood wish.

“You start the sport and that’s all you want to do, you want to play in the Olympics and you want to represent your country,” said Headland, who moved to the United States at age 15 and began playing at age 4. “And the chance to pull (on) that jersey and play is a dream come true.”

Headland said the 2021-22 Olympic qualifiers were her third time playing for the national team, but this latest time was extra special because she was on the ice where she began learning the game all those years ago playing in front of close to 2,000 spectators, the biggest United Kingdom crowd ever for a women’s hockey game.

Headland said her pinch-me-am-I-dreaming moment came in the Korea game, which her team needed to win by two goals to advance to the next round. When Britain scored its goal, the only tally in a 1-0 game, the crowd, which included her father, grandmother and several aunts, cheered so loudly the building shook.

“The feeling of the whole bench, the whole ice, close to 2,000 people just celebrating and everyone at home, it was crazy,” she said. “People were cheering, there were drums there, just everything, it was insane.”

Holstad-Berge, a junior mechanical engineering major from Stavanger, Norway, meanwhile, has played with her national team since 2015. Like Headland, Holstad-Berge plays forward.

Holstad-Berge, who moved to Canada in 2017 before settling in the United States, said that on her national team, she joined players she’d long played with or admired. All of them play somewhere else beyond the Olympics, in Canada, Sweden or, like her, in the United States.

“It was an unreal experience,” she said of playing in the Olympic qualifier. “Something different from anything else I’ve experienced before.”

Holstad-Berge said her favorite qualifier moment came when her team erased a 1-0 deficit to create a 1-1 first-period tie against the Czech Republic, the team favored to win the group.

“The whole (Norway) bench went crazy, and the whole arena was silent, because it was full of Czech supporters,” she said. “So, it was amazing to us, we had a whole lot of family and friends that came over, my mom was there.”

Holstad-Berge and Headland said they returned to Norwich sharper. They’d seen hockey on the biggest stage, played at the highest level. They’d seen the extra five-minute skates or the extra stretches players took, before and after games, to stay poised and focused.

“In the end, (that’s) what it comes down to (to) who wins the game,” Holstad-Berge said.

Norwich women’s hockey coach Sophie Leclerc Doherty said she was proud to cheer on Holstad-Berge and Headland in their Olympic qualifiers.

When they returned to campus, both players brought fresh intensity, Leclerc Doherty said, the sort that could fuel a championship run. The women host Castleton at 3 p.m. Saturday at Kretizberg Arena in the New England Hockey Conference semifinals.

“There’s a whole new level of energy,” she said. “We definitely felt it.”