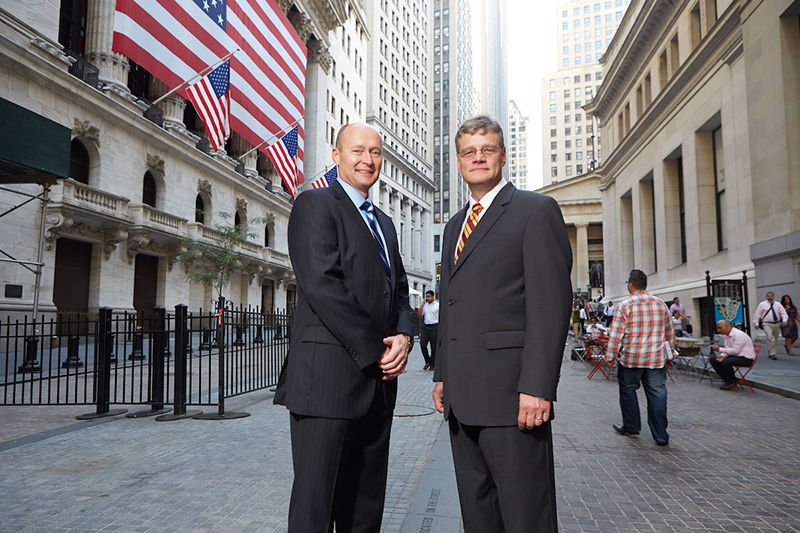 Developed by the Norwich University Applied Research Institutes, the software has been used by key players in the U.S. financial system, including banks, regulators and government agencies, to test their response and resiliency during simulated cyberattacks.

NORTHFIELD, Vt. – Norwich University Applied Research Institutes’ (NUARI) Distributed Environment for Critical Infrastructure Decision-making Exercises – Financial Sector (DECIDE-FS®) risk resiliency response software has been nominated by FedScoop 50 as one of the best and brightest technologies implemented this year that make the federal government more efficient and effective. Online voting to select the top 50 awardees in the IT community will close September 16 and winners will be announced October 4.

The FedScoop 50 Awards celebrate those people and products that make a positive impact in the government community and in public service.

FedScoop is the leading government tech media company in Washington, DC and gathers top leaders from The White House, federal agencies, academia and the tech industry to discuss how technology can improve government, exchange best practices and identify ways to achieve common goals.

Supported by the U.S. Department of Homeland Security Science & Technology (DHS S&T) and the U.S. Department of the Treasury and developed by NUARI, DECIDE-FS® exercise software has been used over the past three years to support the banking and finance critical infrastructure sector and its Quantum Dawn exercises.

The DECIDE-FS® software allows business leaders to rapidly test and identify flaws in their incident response plan when faced with a threat.

NUARI built the resiliency assessment platform, DECIDE-FS®, under a $9.9 million contract awarded in August 2013 by the DHS S&T Directorate.

The only system of its kind, DECIDE-FS® was initially designed to test U.S. financial sector cyber risk resiliency and has been adapted for use in other critical infrastructure arenas, such as electrical grids and health care. The software engages an organization by using a simulation that participants experience interactively with their peers, competitors and supply chains to simulate systemic risk.

“DECIDE-FS® is the only human-in-the-loop distributed resiliency assessment platform that allows industries to test their response plans in a safe and confidential environment for all staff to practice decision-making,” said NUARI President Phil Susmann.

U.S. Senator Patrick Leahy (D-Vt.), a member of the Senate’s Appropriations Committee and of its Defense Subcommittee, sponsored legislation that chartered NUARI in 2002 and announced the DECIDE-FS® contract at Norwich’s Northfield campus in 2013.

Through the simulation, individuals and organizations learn to operate under stressful conditions—similar to how simulators are employed to condition the response of pilots and mariners to emergencies—as well as develop more persistent tactics for countering the unknown. DECIDE-FS® grew in part out of war game simulations. Such games have been used for decades by military organizations to validate strategies and tactics and refine response plans.

NUARI has collaborated with the U.S. Department of Homeland Security for nearly a decade, preparing individuals and institutions to respond to catastrophic network failures, natural disasters, distributed denial of service (DDOS) attacks and other events that can impact market activity, communications, and essential services affecting critical infrastructures.

DECIDE-FS®, created at NUARI, is a massive, multi-participant simulation that effectively immerses industry decision makers, securities traders, IT and business continuity managers and others into complex, simulated scenarios focused on the effects of cyber incidents and other business disruptions.

Norwich University Applied Research Institutes (NUARI) was federally chartered under legislation sponsored by Sen. Patrick Leahy in 2002 and is funded in part through the Department of Homeland Security and the Department of Defense. NUARI has a national center to address cyber incident management challenges through research, training programs and technology development and has been a global leader for more than a decade in developing cyber war gaming, distributed learning technology, distributed simulation technology, critical infrastructure exercises, and cyber security curriculum.

DECIDE-FS® exercises serve to strengthen the resilience of the nation’s critical infrastructures in the face of cyberattacks from nation-states and trans-national actors.