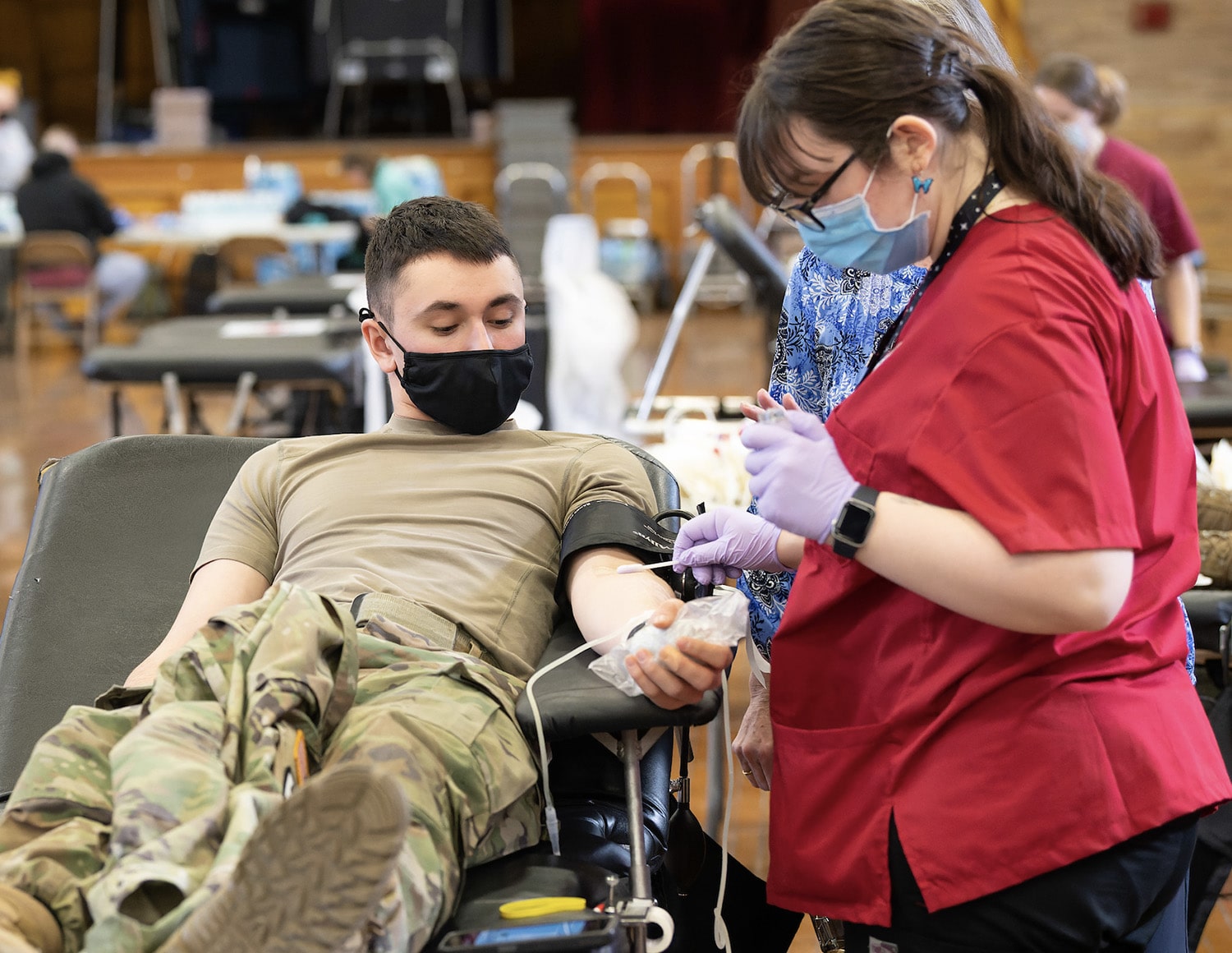 On Thursday, Civic Scholars from the Center for Civic Engagement partnered with the American Red Cross of Northern New England to hold the university’s annual spring blood drive.

The spring drive, which complements the annual autumn version, collected 413 pints of blood, topping the 360-pint goal. (President Mark Anarumo was among the donors.)

The Red Cross said though 4.5 million Americans need blood transfusions annually, only about 3% of age-eligible people donate. Because the agency estimated that one donation can save up to three lives, Center for Civic Engagement Director Nicole DiDomenico said Norwich’s donations may help more than 1,000 people.

Hadlee Wolfram, a junior mechanical engineering major and the drive’s lead coordinator, said she signed up volunteer donors through a mealtime information table outside Wise Campus Center’s dining hall and by sending emails to students through Corps of Cadets and civilian leaders.

Wolfram said a spike of 100 donor sign-ups, prompted by a final night-before email,  pushed the drive past its donation goal and illustrated Norwich’s altruistic spirit.

“There’s a lot of volunteering on campus, and we all like to go out and do what we can,” she said. “I think it’s an amazing thing, everybody comes together, twice a year to donate blood and it’s one of the most selfless things you can do.”