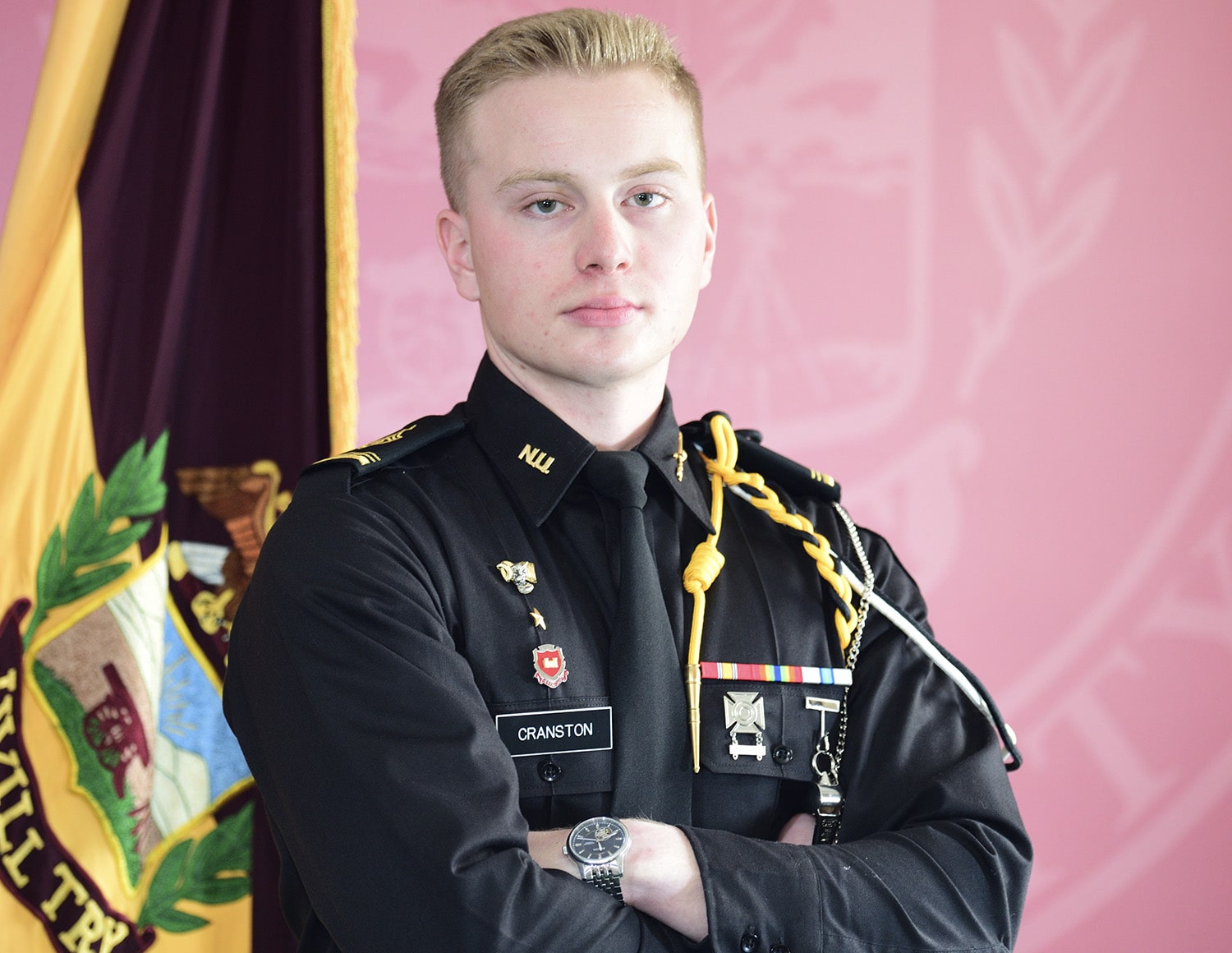 Cranston, a political science major, is a three-year Army Advanced Designee ROTC scholarship recipient and is serving as the company first sergeant for the Corps of Cadets’ Cadet Training Company 1. He is also an active member of the Mountain Cold Weather Company.

Cranston has received the American Legion Award for Scholastic Excellence, the Military Order of the Loyal Legion of the United States, and is a perennial Dean’s List student. He served as a Student Government Association senator and was active in the Maroon and Gold Key Club.

“Ryan is a powerful leader with the vision, energy, interpersonal, and leadership skills needed to lead the Regiment next year,” Anarumo said. “I congratulate him and the other cadets considered for the prestigious position. We are truly fortunate here at Norwich to have such remarkable and gifted students ready and willing to lead.”

Cranston and next year’s cadet officers and noncommissioned officers will be formally promoted April 22 during a Corps of Cadets Review with Change of Command Ceremony, which, weather permitting, will be on the Upper Parade Ground.

About Norwich University
Norwich University is a diversified academic institution that educates traditional-age students and adults in a Corps of Cadets and as civilians. Norwich offers a broad selection of traditional and distance-learning programs culminating in baccalaureate and graduate degrees. Norwich University was founded in 1819 by U.S. Army Capt.  Captain Alden Partridge and is the nation’s oldest private military college. Norwich is one of our nation's six Senior Military Colleges and the birthplace of the Reserve Officers’ Training Corps (ROTC). www.norwich.edu