Not Black history, not white history, but American history 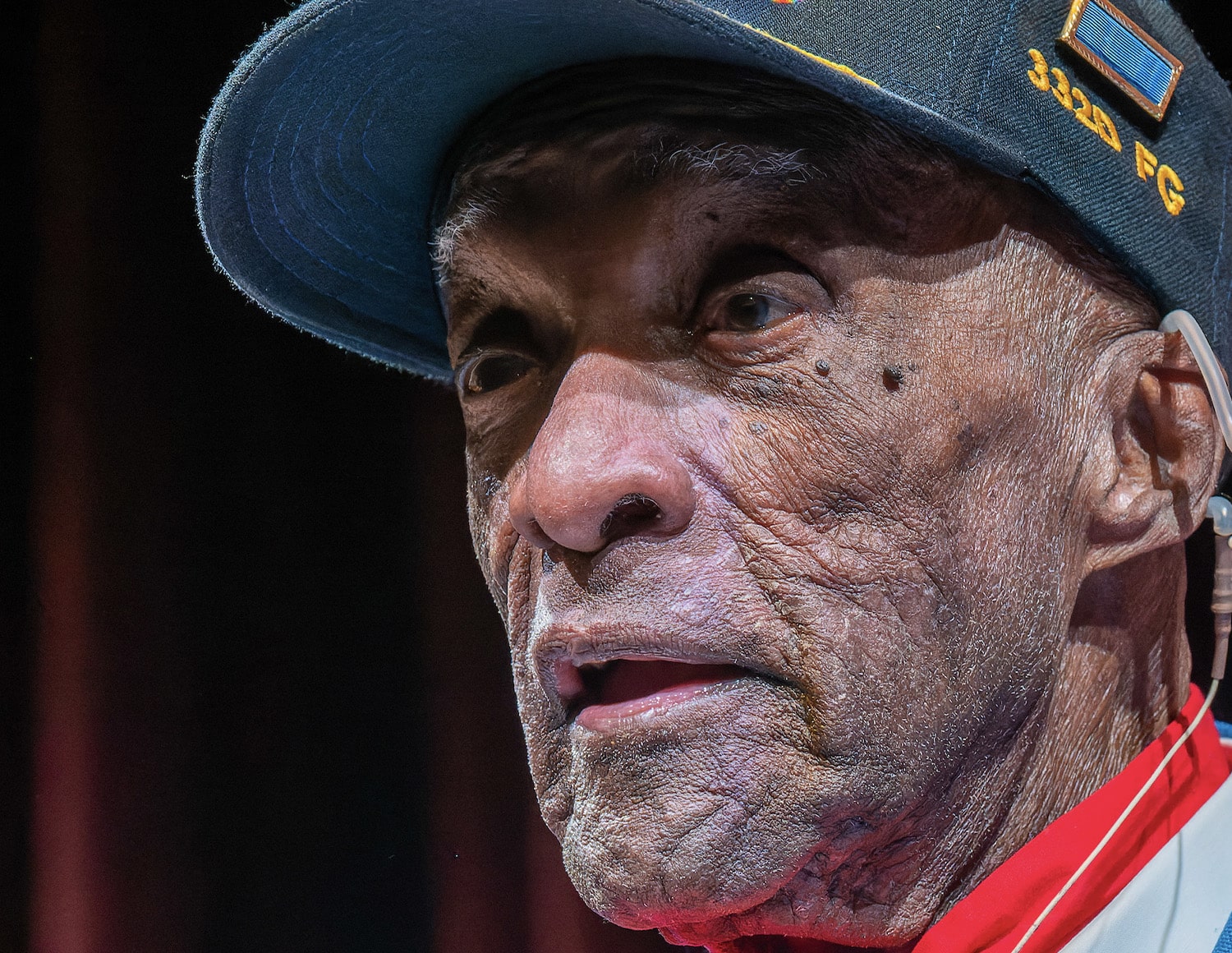 Woodhouse recalled signing up to serve in the U.S. Army when he was 17 — others he’d known were even younger, 14 or 15, forging parents’ signatures. Woodhouse, who’d eventually serve in the U.S. Army Air Corps, the U.S. Air Force’s precursor,  joined at his mother’s request; the Japanese had bombed Pearl Harbor and the United States was at war.

Woodhouse recalled coping with racism. He reported late to serve because a white conductor in St. Louis had thrown him off a Texas-bound train (his Boston-to-St. Louis journey was hitch-free). A black porter spotted the evicted Woodhouse on the rail platform and told him he’d need to wait for a train that would carry Black people (and coal, it turned out.)

When he finally arrived in Texas, Woodhouse’s commanding officer, who was white, didn’t want to hear why he was late. As Woodhouse said, military people have three principal responses to superiors’ questions — “Yes, sir,” “No, sir” and “No excuses, sir.”

Woodhouse said though he had a dress uniform, he and other Black personnel, who’d been assigned to Squadron F, would probably never get to wear them. They were assigned to base maintenance — cleaning rooms and streets, refueling planes, driving trucks, shoveling snow. They’d be working during the parades and formations requiring the fancy clothes.

“That’s what happened to me, but I don’t feel badly; I feel disappointed in America,” Woodhouse said. “But that doesn’t make me your victim or anyone else’s victim. Because this is what makes America great, guys, and gals, we stand up for what’s right. We stand up for what our conscience tells us to do.”

Standing up for justice often carries consequences, Woodhouse said, but whatever’s paid out comes back fourfold. Good things happen, he said, when adversity comes to you.

As in other recent public addresses, Woodhouse shared the story of U.S. Navy Capt. Thomas J. Hudner Jr., a white man who was threatened with court martial for trying to save his black wingman, Jesse Brown, whose plane had crashed in Korea. (Brown died in the mountains from frostbite.) Hudner’s plane had also crashed, and he was accused of destroying government aircraft.

Hudnar’s mother appealed to a U.S. senator, who spoke to President Harry Truman. And, instead of ordering punishment for Hudner, Truman told the naval operations chief to write orders to award him a Medal of Honor.

“Isn’t that something?,” Woodhouse said. “When you do the right thing, someone wants to (mess) you around a bit. But, you know what? There’s always one person that sees what’s going on and will do the right thing.”

Woodhouse showed the audience his own prized honor, the Congressional Gold Medal he and his fellow Tuskegee Airmen received from President George W. Bush in 2006. He passed the award into the audience to let the students see and handle it.

The Gold Medal is the highest honor Congress bestows to people or institutions for distinguished achievements and contributions. Woodhouse said the medal depicted Black aviators on one side and aircraft they flew — including B-25s — on the other.

Woodhouse encouraged the students to seize chances to learn academics, leadership and skills. He said Norwich’s small size gave students a special advantage —  everybody on campus, even Anarumo, can know them and check on their progress.

Woodhouse, who, after his Army service, graduated from Yale University and spent 50 years as a trial lawyer, said people often ask him how he’s managed to live so long. But he doesn’t tell them.

“My secret is my secret,” he said. “But, you know what? You have your secret.”