In pictures of the past, a pair of perspectives on the world 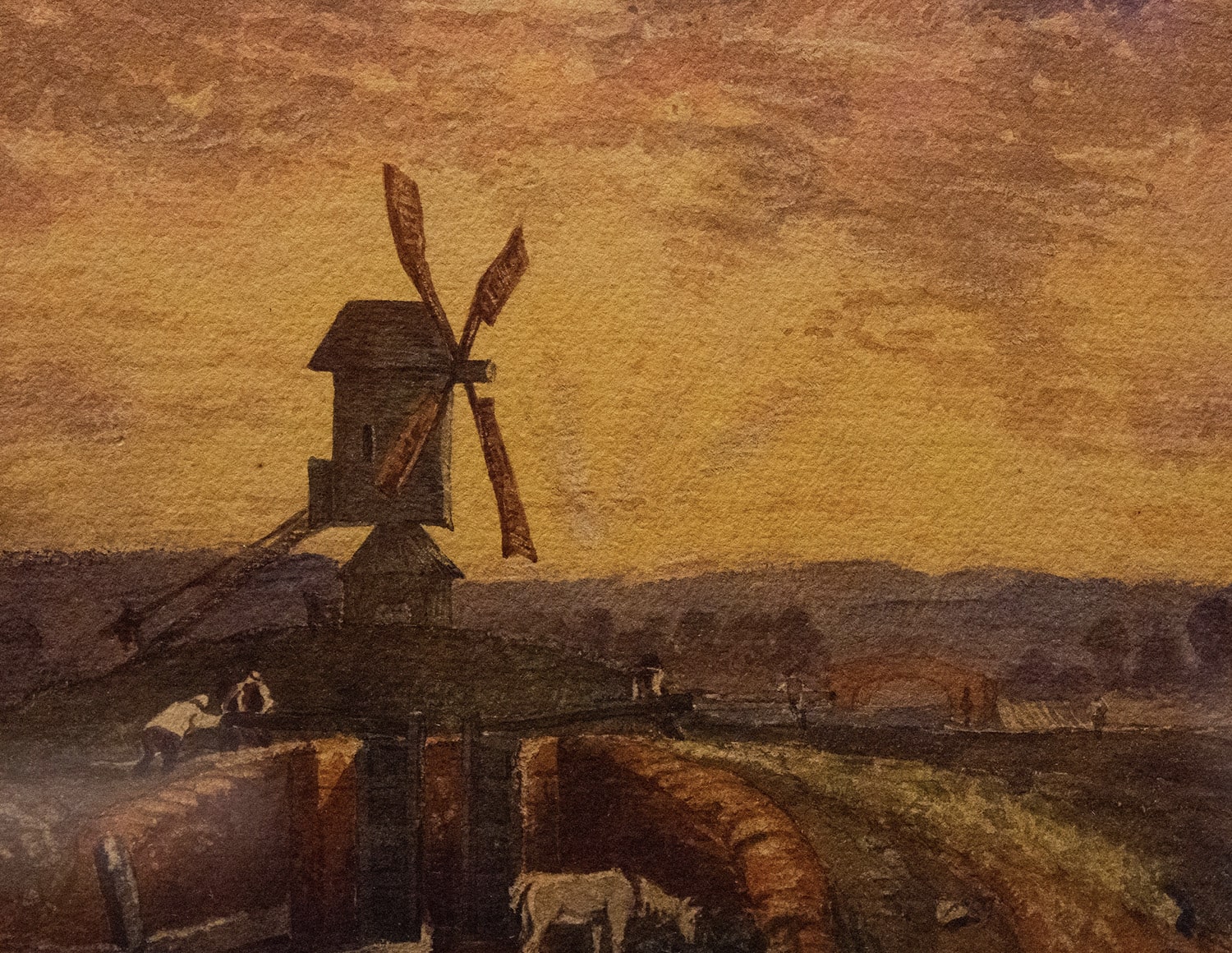 Norwich University’s Sullivan Museum and History Center will draw on its rich military history to deliver the artistic perspectives of two globe-traveling 19th century alumni in its new exhibit, “The World Through Their Eyes: The Art of William Brenton Boggs and Truman Seymour.”

The show, which opened silently Friday and will run for about a year in the museum’s main exhibit space, includes 55 watercolors and drawings by Boggs and Seymour depicting scenes in North and South America, Asia, Europe and Africa. Several of Seymour’s sketchbooks will also be displayed.

“This is a unique way we can bring the collection to the forefront and let (viewers) see what somebody in the 19th century was seeing.” John T. Hart Jr., director, Sullivan Museum and History Center

Cates has extensively researched American artists and expatriates in Italy during the 19th century, including the Americans who created their own version of the Grand Tour.

Truman’s and Boggs’ works were included in the Sullivan Museum’s 2017 exhibit, “Explorers of Norwich,” which focused on Norwich University alumni whose lives shaped and changed the nation in the mid-19th and early 20th centuries.

“What we envisioned this to be was having a visitor look at the art from the perspective of the artist we’re seeing,” Hart said. “This is a unique way we can bring the collection to the forefront and let (viewers) see what somebody in the 19th century was seeing.”

Seymour fought during the Mexican-American War and returned to West Point to serve as an assistant professor of drawing and marry the daughter of Robert Walter Weir, an artist who’d been his West Point drawing instructor.

Seymour served during the Civil War, as a Fort Sumter garrison officer during the Confederate bombardment in 1861, and in 1862 as a brigadier general leading an Army of the Potomac brigade in the Peninsula Campaign, which included the Second Battle of Bull Run and the battles of Mechanicsville, Malvern Hill, South Mountain, and Antietam (Sharpsburg).

Seymour also commanded Union campaigns in the Shenandoah Valley, during the Petersburg siege and the Appomattox campaign.

Seymour retired from the Army in 1876 and moved to Europe to pursue art. He was one of the last Americans to take the Grand Tour, traveling through Austria-Hungary, Great Britain, France, Germany, Italy, Spain, Switzerland and Tangiers. He eventually settled in Florence, Italy.

Boggs (1809-1875), meanwhile, was born in New Brunswick, New Jersey, and graduated from Norwich University in 1828. He served in the U.S. Navy, and fulfilled official duties as an artist.

After starting work for the Phoenix Bank in New York City in the late 1830s and early 1840s, Boggs painted New York, New Jersey, and New Hampshire landscapes. In 1842, he became a civilian Navy Department clerk in Washington D.C., and married Ellen Williams.

From 1852 to 1856, Boggs was one of two artists on the Pacific Surveying Expedition aboard the U.S.S. Vincennes, commanded by Cadwalader Ringgold and John Rodgers.

Boggs was as an associate of the National Academy of Design, where he exhibited from 1839 to 1844, and belonged to the Washington, D.C., Art Association, exhibiting in its first annual exhibition, in 1857.

During the Civil War, Boggs served under Adm. David Porter. In 1864, aboard the U.S.S. Mound City, Boggs was injured in a fire. He’d return to Washington, D.C., and live there until his Navy retirement in 1873 and his death in 1875.