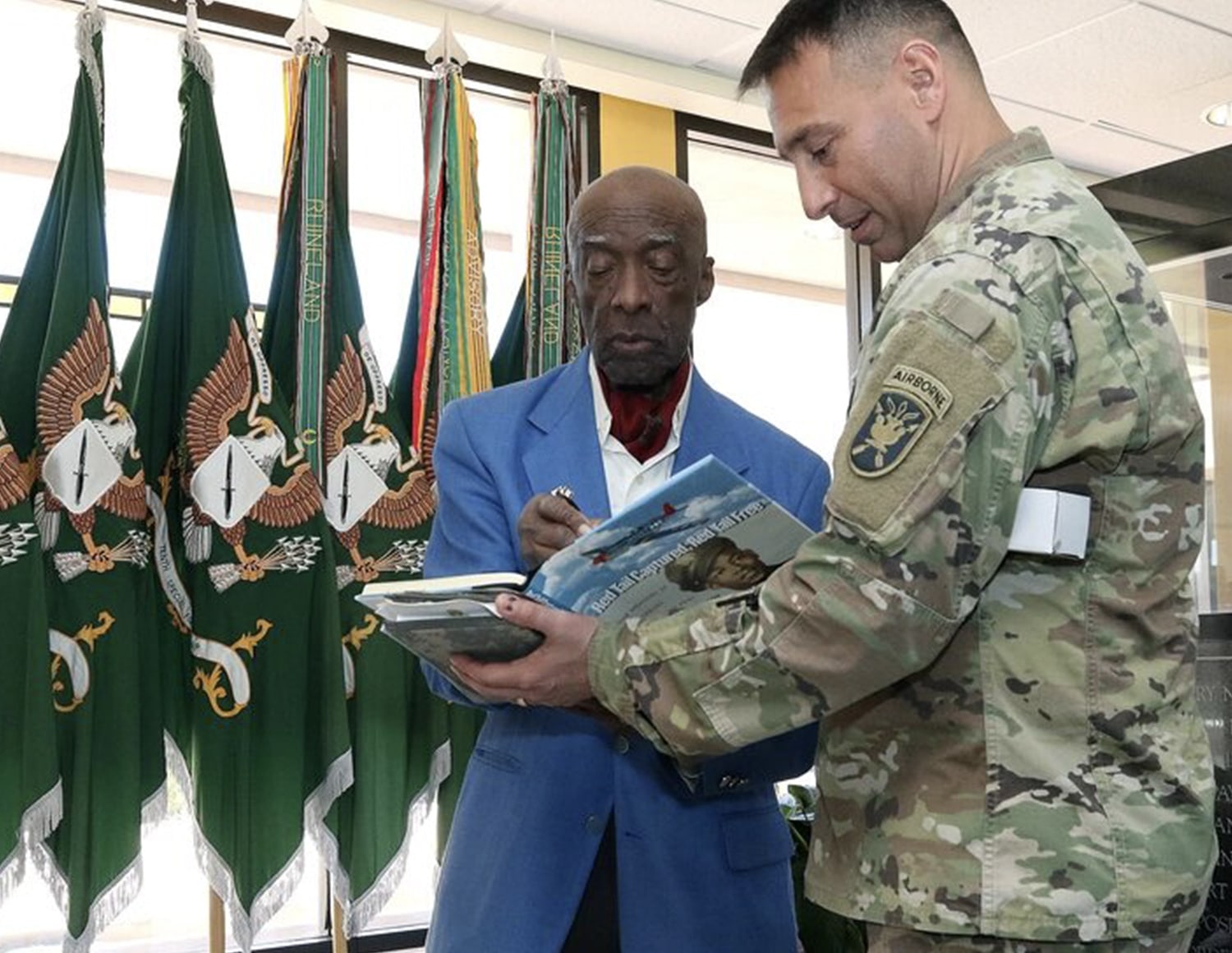 An address from Tuskegee Airman Enoch “Woody” Woodhouse and the return of Norwich University’s Winter Carnival highlight the week’s events on campus.

Woodhouse, 95, will speak at 2 p.m. in Mack Hall. Woodhouse is one of the few surviving members of the Tuskegee Airmen, a group of mostly African American fighter pilots who served in World War II and were active until 1948. The pilots were named for the Tuskegee Institute (now Tuskegee University), near Tuskegee, Alabama, where they were educated.

Woodhouse told the Fayetteville Observer of North Carolina that he joined the Army Specialized Training Reserve Program at age 17 at his mother’s behest, after the Japanese bombed Pearl Harbor on Dec. 7, 1941. (His brother would become one of the first black Marines at Montford Point, North Carolina.)

"She said, ‘Sons, our country is at war. I want you boys to serve our country,’” Woodhouse said.

Woodhouse, by age 19, had attended Officer Candidate School and commissioned as a 2nd lieutenant. He then joined the 332nd Fighter Group of the Army Air Corps. In 2006, President George W. Bush awarded Woodhouse and the rest of Tuskegee Airmen the Congressional Gold Medal.

Woodhouse joined the U.S. Air Force Reserves after his Army discharge in 1949. (He retired from the Reserves in 1972 as a lieutenant colonel).

After his service, Woodhouse did undergraduate study at Yale University and law school at Boston University before working for more than 50 years as a trial lawyer. He also served the U.S. State Department as a diplomatic courier in Europe, Africa and South America. Like James “Jack” Abare ’57, Woodhouse is a member of the Ancient and Honorable Artillery Company of Massachusetts, a nonprofit veterans organization.

In previous talks, Woodhouse discussed enduring racist treatment. For example, he reported late to Army training because a conductor in St. Louis threw him off a train that was carrying white passengers. The conductor told Woodhouse he’d have to wait for a train for Black passengers that came 14 hours later.

“Blacks were told, and it was publicized, that they lacked intelligence,” Woodhouse said in a January address in Hudson, Massachusetts, that the military newspaper Stars & Stripes covered. “We were thought to be skilled for and were utilized only in support positions. That means truck drivers, laundry people, oil fillers for airplanes. Even though we were trained in basic training, when we got into the Army, we were all relegated to service functions.”

In his Mack Hall address, Woodhouse will speak to the Corps of Cadets and the university community about his career and his memories. Admission is free.

PLEASED TO MEET YOU: From 1 to 4 p.m. Wednesday, the Career and Internship Center and the Office of IDEAS will co-host a meet and greet for international and multilingual students in Wise Campus Center Room 232. Students can meet the professional staff in these offices and learn how to access their services. RSVPs aren’t required.

ONSTAGE: U.S. Army veteran Stephan Wolfert will present “Cry Havoc!,” a one-person play about the  challenges veterans  face and the role of theater as inspired by William Shakespeare in reintegration to civilian life. This event at 7:30 p.m. Friday in Mack Hall Auditorium, is free and open to the public.

FUN AND GAMES: The Campus Activities Board will hold a learning to skate session from 4 to 7 p.m. Wednesday on the Wise Campus Center green and a sledding and bonfire party, with s’mores and hot chocolate from 7 to 10 p.m., Friday at the Shaw Outdoor Center. … Over the weekend, the board will present Winter Carnival. Watch norwich.edu for details.