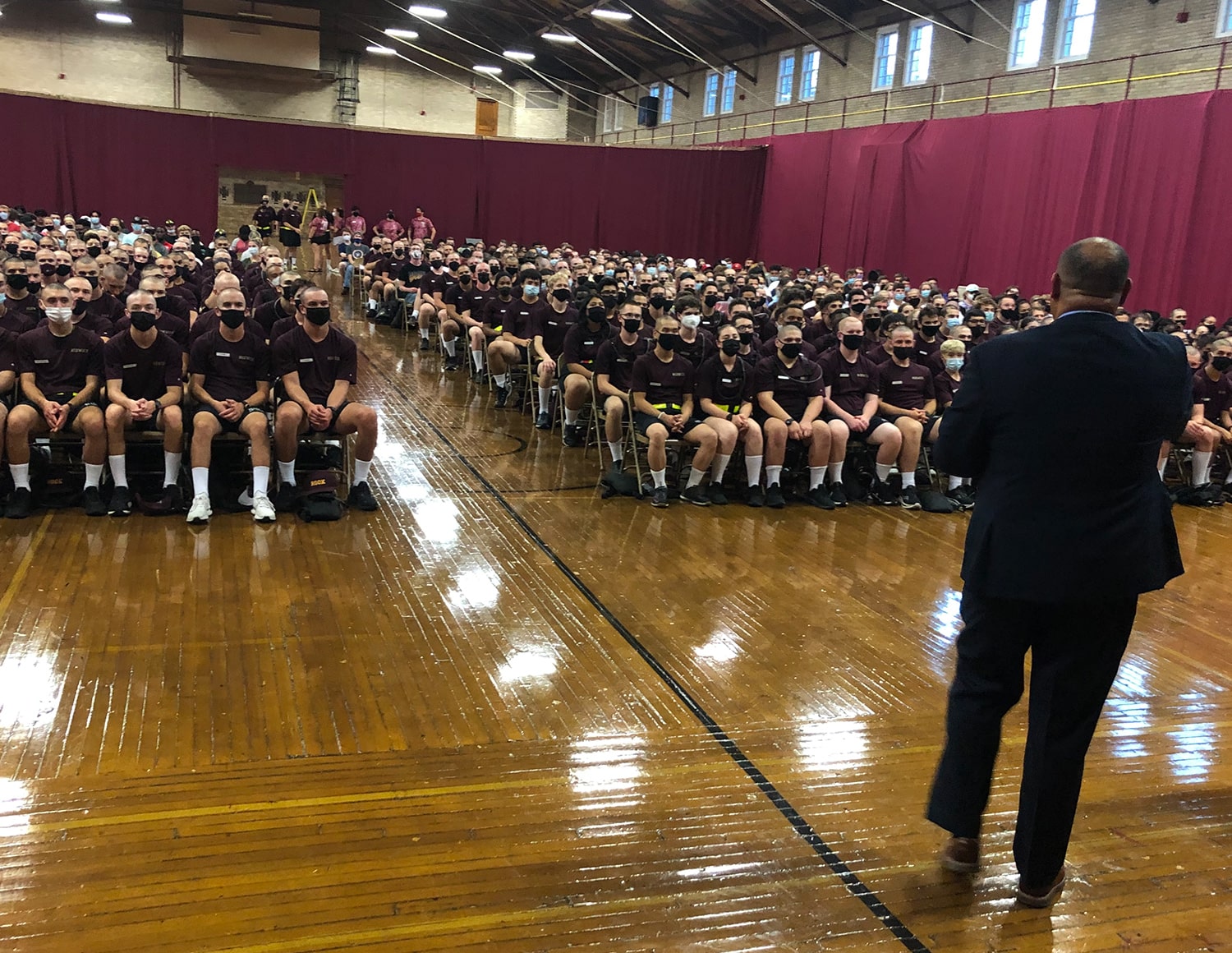 Norwich University’s Office of IDEAS (inclusion, diversity, equity, accessibility and support) anchors the week’s activities calendar with a discussion on stalking and the launch of a new civil discourse discussion series.

From 1 to 2 p.m. Thursday, the office will hold a workshop on understanding, recognizing and responding to stalking behavior in Wise Campus Center Room 218. The talk comes in January, Stalking Awareness Month.

The National Intimate Partner and Sexual Violence Survey found that 1 in 6 women and 1 in 17 men have been stalked during their lifetimes.

The federal Centers for Disease Control and Prevention report, based on the National Intimate Partner and Sexual Violence Survey, that 1 in 6 women and 1 in 17 men have been stalked during their lifetimes. The survey found stalkers are often familiar people; 66.2% of female stalking victims reported stalking by a current or former intimate partner; 24% reported stalking by an acquaintance. Also, nearly 54% of female victims surveyed and 41% of male victims experienced stalking before age 25.

“While awareness and public discussion of intimate partner violence and sexual assault have increased in recent years, stalking remains frequently misunderstood and rarely discussed,” the Office of Diversity, Equity and Inclusion wrote in summarizing the talk, “both within … domestic and sexual violence and among the broader general public.”

From 3 to 4 p.m. Friday, the IDEAS Office will launch its Civil Discourse Meeting Series with a talk on neurodiversity in Wise Campus Center Room 218.

Baumer and Frueh wrote that stigma, a lack of awareness and lack of appropriate infrastructure can cause exclusion of people with neurodevelopmental differences in schools, health care settings, and workplaces.

“It is important for all of us to foster an environment that is conducive to neurodiversity, and to recognize and emphasize each person’s individual strengths and talents while also providing support for their differences and needs,” they wrote.

“Our hope is that participants can leave the discussions having learned about different people's perspectives, experiences, and their own biases,” the office wrote. “Everyone will be encouraged to take what they learn in the discussions and share with the campus community.”

Future Civil Discourse Meeting Series talks will happen from 3 to 4 p.m. on the last Friday of each month in Wise Campus Center Meeting Room 218.

POP UP AND LEARN: Norwich University’s Career and Internship Center will hold an informational pop-up session in the Wise Campus Center’s “fishbowl” lounge from 11 a.m. to 1 p.m. Wednesday. Students can drop in at their leisure to talk with peer representatives about the centers services, including internship opportunities, résumé review, job interview practice and career interest mind mapping.

STROKES AND SKATES: The Campus Activities Board will hold a paint night from 8 to 10 p.m. Wednesday over Zoom. Student can pick up paints, brushes and paper on event day in Wise Campus Center Room 211. Tune in and create … From 7 to 10 p.m. Friday, the board will present an ice skating night with a warming fire and hot chocolate on the Wise Campus Center green. Skates will be available for students who need them. … For students who prefer indoor activities, the board will screen “Dune,” Dennis Villenueve’s 2021 adaptation of the Frank Herbert science fiction classic from 8 to 10 p.m. in Mack Hall’s auditorium. The movie tells the story of Paul Atreides, a brilliant young man who must visit the universe’s most dangerous planet to ensure the future of his family and his people. Norwich’s Backpacking Club is supporting the screening.