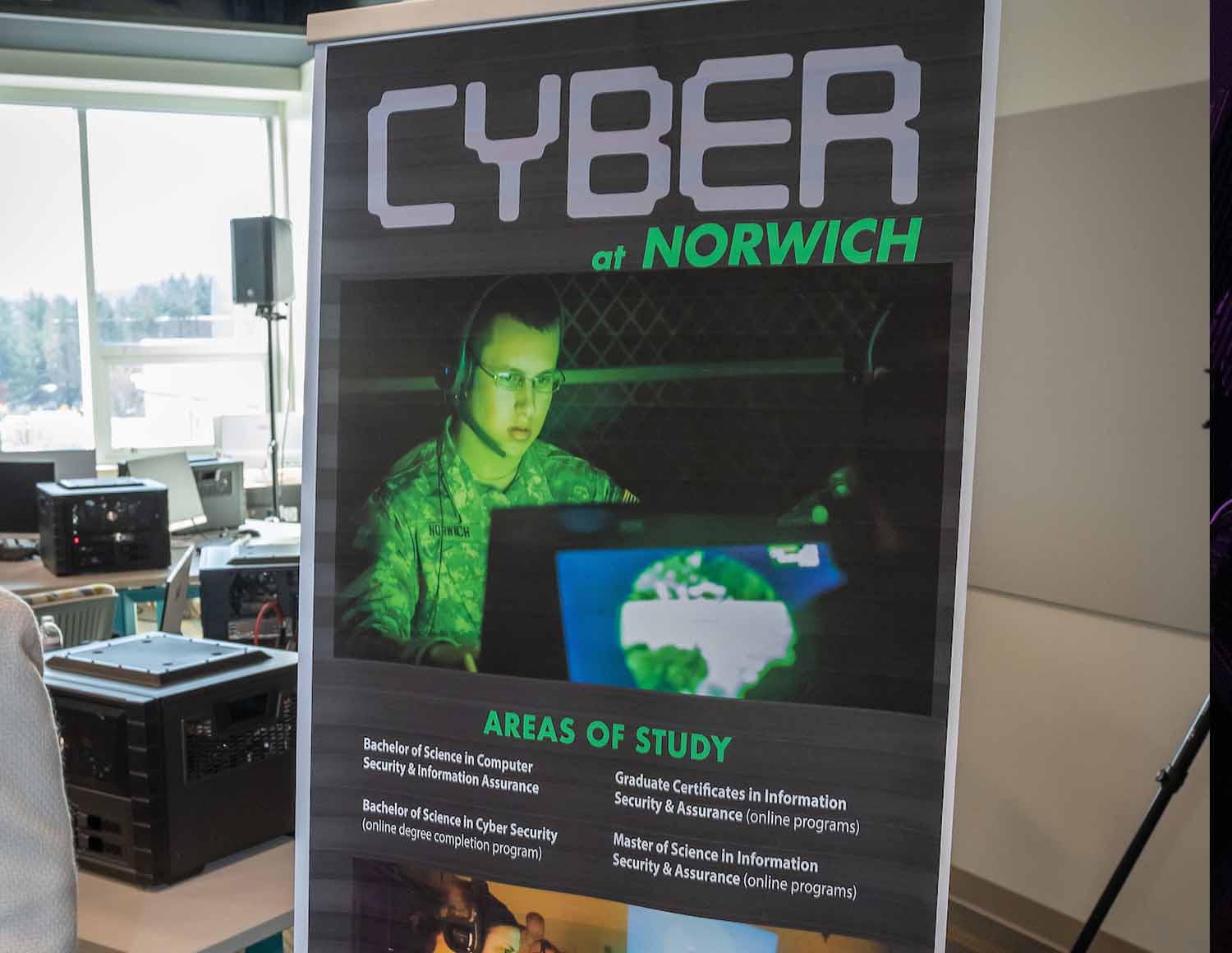 The U.S. Cyber Command on Wednesday named Norwich University one of 84 new college and university partners for its Academic Engagement Network.

In a statement, the command said the Academic Engagement Network’s partners consist of four military service academies, four military war and staff colleges, 69 universities, 13 community colleges and nine minority-serving institutions from 34 states and the District of Columbia. The full list wasn’t released, although some schools, including Virginia Tech University, Kansas State University, Loyola University Chicago, the Illinois Institute of Technology and Fayetteville Community College have identified themselves as partners.

The network aims to create a robust and accessible pool of qualified cyberprofessionals, the command said. The Cyber Command, aka Cybercomm, will offer capstone mentorships starting in fall 2022 and will sponsor recruiting programs, internships and fellowships for network members. The command will also invite members to webinars on technical and nontechnical national cybersecurity problems and inform them on Defense Department cyberspace programs.

“Cyber Command’s goal for the (Academic Engagement Network) is to strengthen our relationships and communication with these participating institutions,” Frederick said. “This will improve and sustain our efforts to meet cyberspace educational requirements and workforce needs.”

“The U.S. government needs to build partnerships with the private sector, academia, and non-governmental organizations to improve its ability to deliver technological solutions to key challenges,” 13 Brookings researchers wrote. “It should also work with international partners to coordinate on export control, standard-setting, and directing investments toward common strategic objectives.”