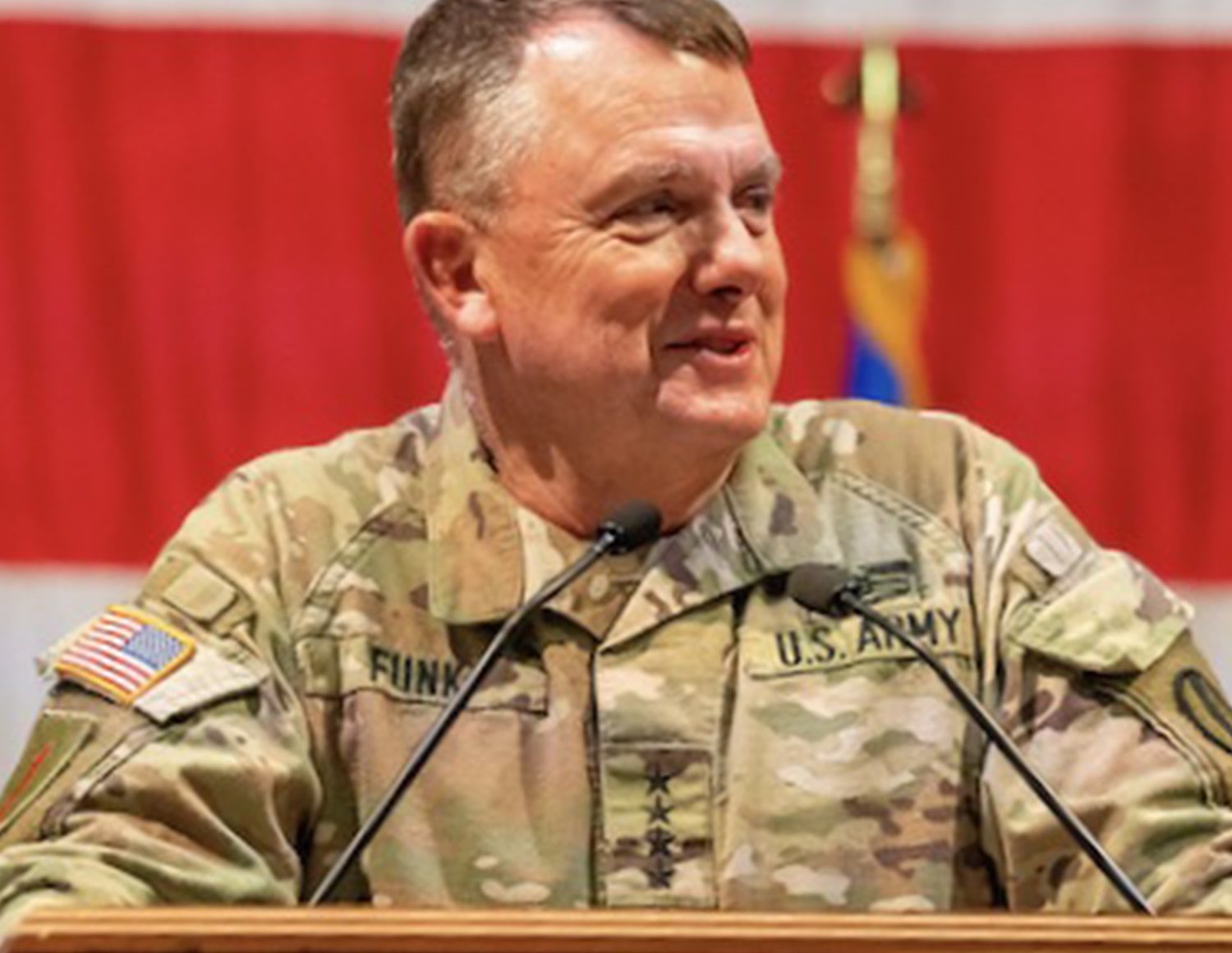 Here come the generals! (Rise up!)

In the fall, two four-star U.S. Army generals visited campus within a month of each other, both greeted by Corps of Cadets marchdowns. One of the four-stars delivered the second of two major national awards for Norwich’s U.S. Army ROTC program.

In an award letter to President Mark Anarumo, Defense Secretary Lloyd Austin III noted that in 2020, Norwich University’s Army ROTC Pioneer Battalion surpassed its recruiting goal of 90 by commissioning 106 leaders. Seventy-one were active-duty lieutenants, 26 were Guard members, nine were U.S. Army reservists. Among that group were 20 distinguished military graduates; seven were in the nation’s top 10%.

As he spoke, Funk displayed “Funk’s Fundamentals,” 40 bullet points of wisdom to live and lead by. He said the cadets in the United States’ Joint Forces wears “the jersey of the greatest nation on Earth.”

Funk, who with his father are the only father-son Army ROTC Hall-of-Famers, said, “That great cloth that you wear means two things around the globe, hope and fear, and they’re in equal measure. You see, it’s hope for those that are downtrodden, those that need a change, those that need an opportunity, those who need a despot destroyed, those who demand something more.”

On Nov. 2, Michael X. Garrett, the commanding general of the U.S. Army Forces Command, visited Plumley Armory after exercising with the Corps of Cadets’ Mountain Cold Weather Company. The workout enthusiast also had the cadets in Plumley’s audience drop and give him 30 hand-release pushups.

“He represented Norwich and lived by the values that each of you are carrying on today. He did so with exceptional pride,” Garrett said.

READ MORE  IN THIS SERIES: