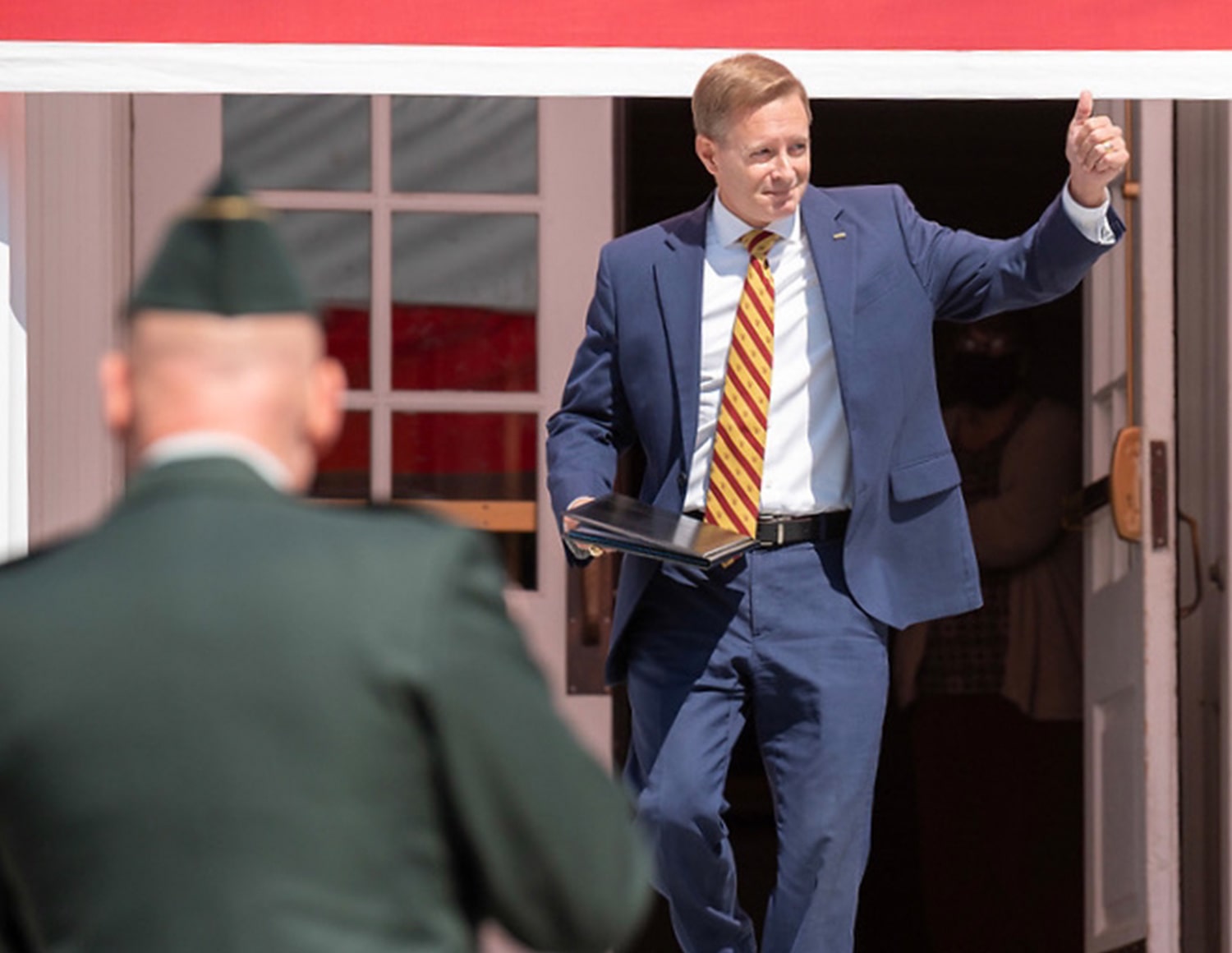 Several key administrative positions were filled this year, as the university named a vice president of Diversity, Equity and Inclusion; a combined vice president of student affairs and commandant; and provost; a chief financial officer; a chief of staff and a new athletic director.

— In July, Norwich named Dr. Julia Bernard vice president of Diversity, Equity and Inclusion, the first such senior-level officer in university history. Bernard holds a doctorate in child development and family studies, a master’s in marriage and family therapy, and a bachelor’s degree in psychology from Purdue University. She is also a certified nursing assistant who holds numerous certificates in disciplines including leading in equity, diversity and inclusion in higher education; ecopsychology; clinical trauma; mental health first aid; mediation and several others.

— In September, Norwich University named retired U.S. Marine Corps Col. William McCollough, a 1991  Norwich graduate, as the 56th Corps of Cadets commandant and vice president of student affairs. In an address to the Norwich community McCullough said students’ success will be his own yardstick for success and he and his staff will create experiences to help them lead, wherever they land. Learning, he said, should be the priority and the goal. He’ll assume the role in late spring 2022.

— Dr. Karen Gaines was named provost and faculty dean. She has served as dean of the College of Arts and Sciences and physiology professor at Embry-Riddle Aeronautical University in Daytona Beach, Florida. She’ll begin at Norwich at the end of the Spring 2022 semester. Gaines’ doctorate is in environmental toxicology from the University of South Carolina’s Arnold School of Public Health. She earned a doctoral achievement award for work in radiation epidemiology, exposure, risk assessment and radionuclide fate and transport.

— Danielle Pelczarski was named chief of staff, effective March 2022. She replaces Dave Whaley, who volunteered to establish this position over 18 months ago while also working as a senior executive leader at the university and as Board of Trustees secretary. Pelczarski was deputy commandant of cadets at California State University Maritime Academy in Vallejo, California. She brings 30 years of military experience as a U.S. Navy Reserve Expeditionary Supply Corps officer. As a former U.S. Navy Reserve captain, her experience encompasses supply chain management, base operating support, expeditionary logistics, fuels management, disbursement and inventory control.

— Ed Hockenbury was named athletics director. He’ll succeed Tony Mariano, who will retire in May after 44 years at Norwich and three decades leading the Athletics Department. Hockenbury, who will join Norwich’s staff on Jan. 3, has more than 30 years of experience in high school- and college-level athletic administration and sport supervision with experience in equipment operations supervision; facilities management; event operations; construction project planning and management; gender equity and diversity initiatives; alumni engagement and coaching. He is the son of former Norwich University head men’s basketball coach Ed Hockenbury Sr., who died in 1996.

READ MORE IN THIS SERIES: