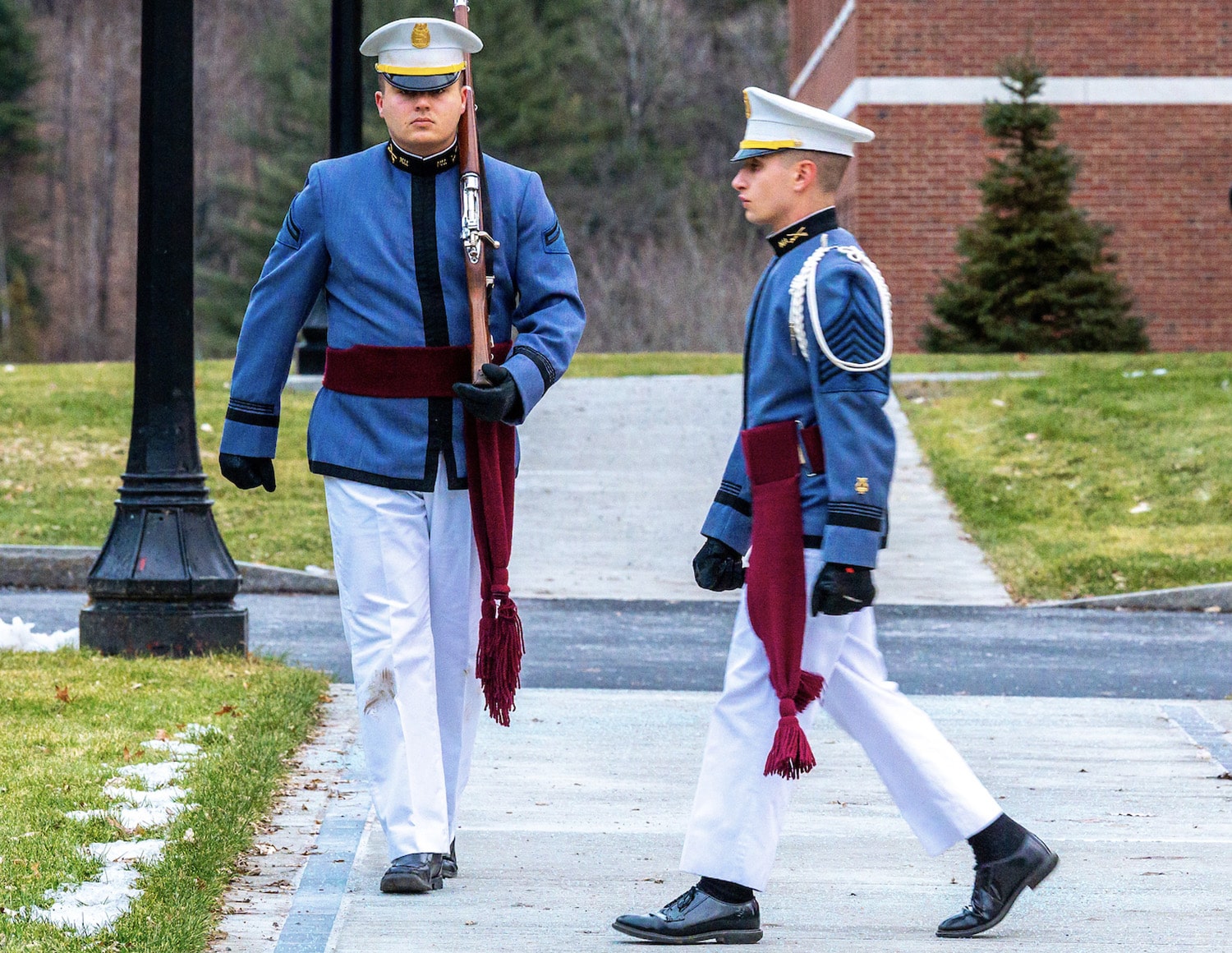 Norwich University’s Corps of Cadets will walk vigil tours in honor of the more than 2,400 people, including 429 USS Oklahoma crew members, who died that day and the thousands more who served afterward, when the United States entered World War II.

“These are moments that we have pledged, as Norwich Cadets, and as American citizens, to never, ever forget.”Matthew Cutting, regimental commander, Norwich University Corps of Cadets

“We’re losing those patriots and those gems,” Fisher, who is now national executive director of the Korean War Veterans Memorial Foundation, said Monday.

But Fisher said it remains important to remember how the United States stepped up, aided other nations and turned the war’s course. As journalist Alex Kershaw wrote in a chapter in “Citizens & Soldiers: The First 200 Years of Norwich University,” more than 2,000 Norwich alumni entered World War II after the bombing.

In “Citizens & Soldiers,” published to coincide with Norwich’s 2019 bicentennial, Kershaw described the Japanese bombers flying in low, and unloading their bombs.  The USS Pennsylvania, which had U.S. Marine Corps Capt. Leyton Rogers ’40 aboard, was strafed, Kershaw wrote, and more than two dozen of Rogers’ shipmates, including several Marines, died.

Kershaw wrote: “The news of the attack, which lasted some 90 minutes, traveled fast around the globe. Back on the Hill, Homer Somers, NU 1944, was busy at 2 p.m. that day, working with his cousin Frank “Ace” Bailey on the front end of a 1932 Ford coupe in a parking lot close to Cabot Hall.

“Where the hell is Pearl Harbor?” replied Somers.

Kershaw described how Norwich University President John Martin Thomas addressed the Corps of Cadets the next morning, telling its members that they were in the best “possible place” they could be “with a view to serving” the nation.

The Associated Press reported that about 30 Pearl Harbor survivors and about 100 other World War II veterans marked the bombing’s anniversary at a ceremony at Pearl Harbor in Hawaii, observing a moment of silence at 7:55 a.m., the same minute the attack began.

“We must always remember what Pearl Harbor meant for our country, generation after generation,” Biden said. “The people who perished, salute the courage of the Greatest Generation that stood to defend our nation and our values in the world.”

Del Toro said, “It wasn’t just the (U.S.) fleet that was attacked here at Pearl Harbor, it wasn’t even just our nation. It was the very future of freedom and democracy around the world.”

Matthew Cutting, the regimental commander of Norwich University’s Corps of Cadets, said the vigil tours, slow, solemn walks performed by senior class cadets in dress uniform, represent a commitment to nation and history. The walks began at 12:01 a.m. and continued through 11:59 p.m. Tuesday.

“Regrettably, we have undergone moments in history that involved the tragic loss of thousands of our very own American citizens. These are moments that we have pledged, as Norwich Cadets, and as American citizens, to never, ever forget,” he wrote in an email. “This moment … is one of reflection, and the act symbolically forces our campus to take the opportunity to slow down, stop, and remember the men and women who have come before us and have given their lives for our opportunity to be here today.”