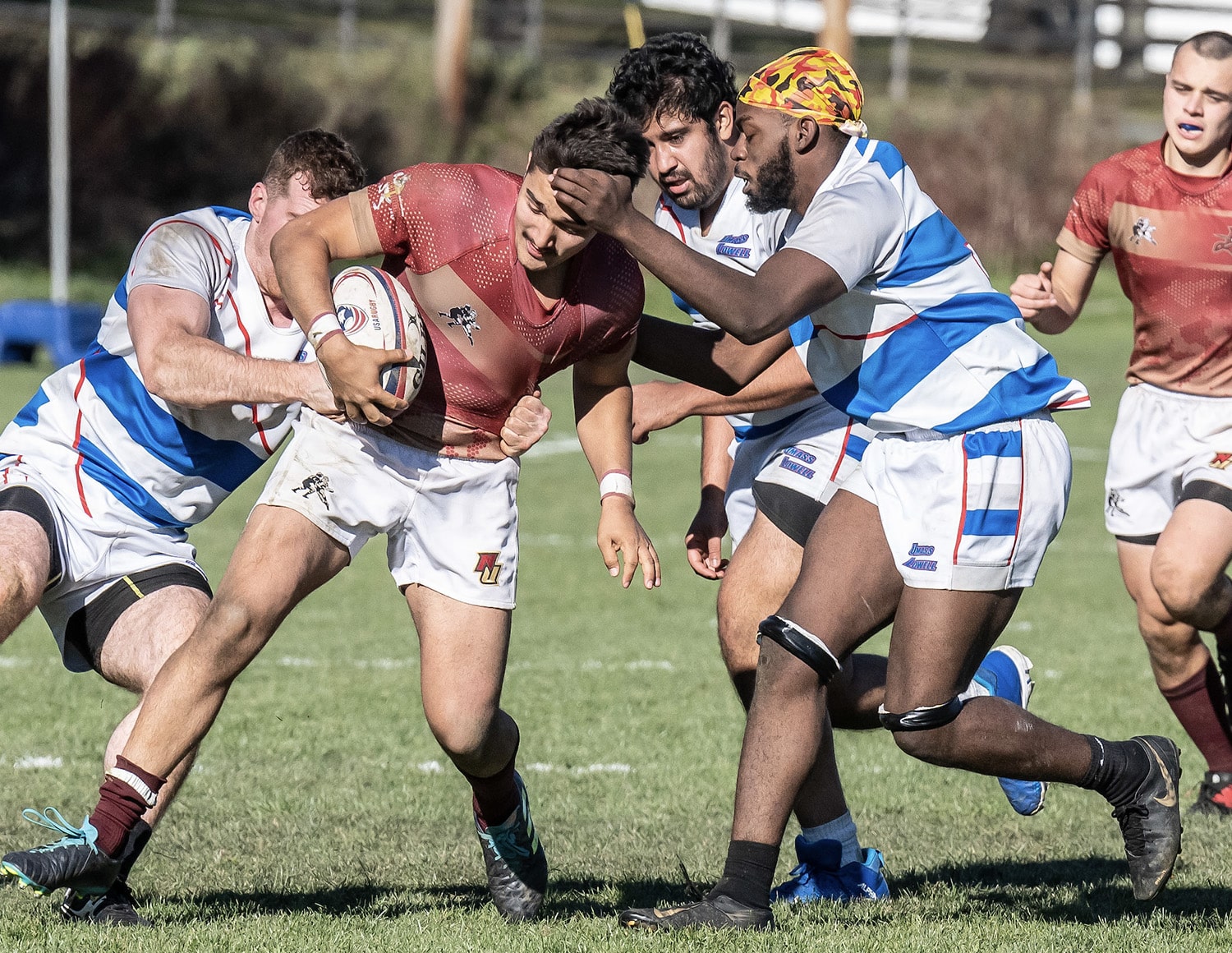 Norwich University will continue its quest for its first men’s rugby national championship this weekend at the 2021 National Collegiate Rugby Division II Final Four in Houston.

Norwich (9-1, 5-0 New England Wide Collegiate Rugby Conference) tops the latest the National Collegiate Rugby Division II national rankings. The Cadets have held the top spot for the last month and a half after dominating their conference and winning the Northeast Regional two weeks ago.

Norwich is making its fifth national tournament trip and fourth Final Four appearance in the past five years. The Cadets will face No. 2-ranked Adrian College (Mich.) at 7 p.m. EST on Friday at Aveva Stadium, home of Major Rugby League’s Houston SaberCats.

No. 7 Thomas More (Kentucky) meets No. 9 University of Northern Iowa in the other semifinal 3 p.m. EST, also in Aveva Stadium.

The winners will meet for the Division II National Championship at 4 p.m. EST on Sunday; the losers will meet in the third-place game at 2 p.m. EST.

All four games will be livestreamed; details will be published to the men’s rugby schedule page when available.

TICKETS: Tickets are $20 each for a weekend pass to watch every game. There will be 16 games over three days on the weekend.

HOW THEY GOT HERE: Norwich advanced to Houston by winning the Northeast Regional in Cherry Hill, New Jersey, with a 36-5 win over No. 5 Indiana University of Pennsylvania and 30-19 over No. 12 Georgetown. Adrian won the South Regional in Knoxville, Tennessee, topping No. 13 UNC Charlotte 43-12 and No. 3 Illinois State 55-17.

ABOUT THOMAS MORE: Thomas More finished 8-1 and outscored their opponents 610-92 this season. The Saints ceded most of their points this season (53) in their lone loss to the University of Kentucky. Thomas More beat Marquette 56-20 and Minnesota Duluth 59-0 to win the Midwest Regional in St. Louis.

ABOUT NORTHERN IOWA: Northern Iowa finished 6-0 this season, with wins over Virginia (61-5) and Marian (37-33) in the Charleston Regional two weeks ago. The Panthers have outscored their opponents 411-73.

CADETS SCORING: Junior captain Leo Clayburgh leads the Cadets’ offense on the season with 15 tries. He’s added 31 conversions on a 50-percent success rate to account for 137 of Norwich’s points this season. … Senior Jack Tellifson has been one of the team’s leading tacklers and has eight tries. Junior center Yandres Cintron has seven tries, while Anthony Kowalski has six.

ALUMNI MEET-UP: The Norwich Alumni Relations office and the Scrum Alums will team up to hold events throughout the weekend in Houston. Before Norwich’s game Friday, there will be a tailgate at 5 p.m. outside of Aveva Stadium. At noon, Saturday, the team will hold at lunch at Pizzitola's Bar-B-Cue, 1703 Shepherd Drive in Houston.