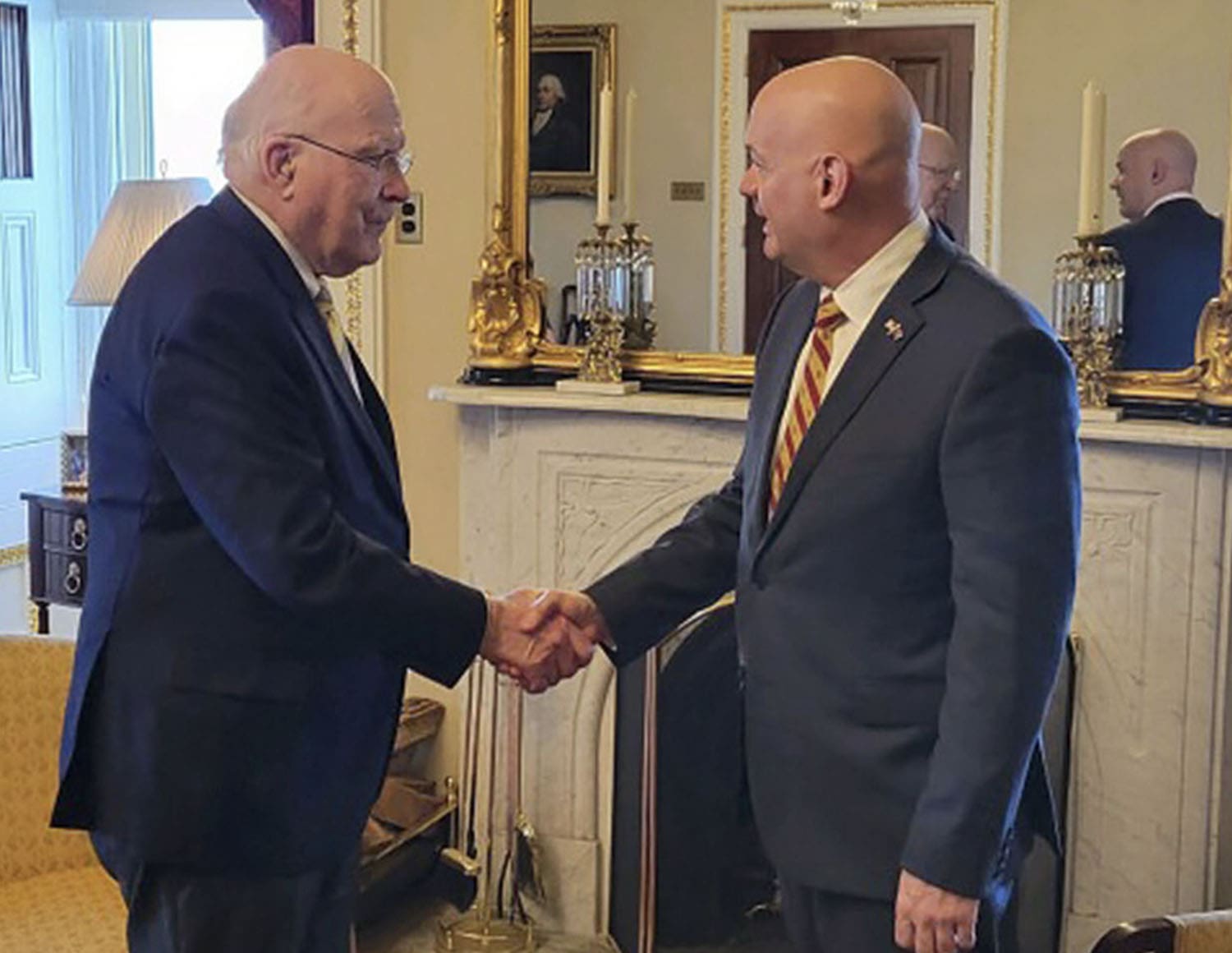 Leahy, 81, said this week he won’t seek re-election and will retire from the Senate in 2023. He shared the news Monday in Montpelier, his hometown, and reiterated it Tuesday on the Senate floor. He is Vermont’s longest-serving U.S. senator, having served eight terms spanning almost five decades, and the fifth-longest-serving senator in U.S. history.

Leahy led the Agriculture, Judiciary and Appropriations committees during his tenure. His retirement will leave Vermont with its first open congressional seat in 15 years.

From the Senate floor, Leahy said, “I have reached the conclusion, that it is time to put down the gavel, it is time to pass the torch to the next Vermonter to carry on the work for this great state. It’s time to come home.”

Leahy amplified his sentiments in a statement on his website. “I am proud to be Vermont’s longest-serving senator, because I know my time in the Senate has made a difference for Vermonters and often well beyond. I know I have been there for my state when I was needed most. I know I have taken our best ideas and helped them grow.”

Leahy’s support helped Norwich University’s cybersecurity program develop into a national powerhouse, with a No. 2 Ponemon Institute ranking, a National Center of Academic Excellence in Cyber Defense Education designation by the National Security Agency and the Homeland Security Department and designation as a Center of Digital Forensics Academic Excellence (CDFAE) by the Defense Cyber Crime Center (DC3).

Beginning in 2002, Norwich University became a member of what is now called National Science Foundation’s Cyber Corps: Scholarship for Service program. And, as Norwich University Applied Research Institutes President Phil Susmann ’81 told the alt-weekly Seven Days newspaper last month, the number of students studying cybersecurity, computer science and data analytics at Norwich has quadrupled in a decade, going from around 60 students in 2010 to about 240 now.

Susmann, in a 2016 interview with norwich.edu, recalled being part of a delegation, that included now-President Emeritus Richard W. Schneider and trustees Carl Guerreri ’62 and retired Gens. Alfred M. Gray H’88 (U.S. Marine Corps) and Gordon R. Sullivan ’59 (U.S. Army), that was to meet with Leahy on Sept. 12, 2001 to propose a new university cybersecurity center.

The Sept. 11, 2001, terrorist attacks on New York City and Washington, D.C., forced the meeting’s postponement. When they convened in December 2001, Norwich University’s delegation described cybersecurity work, including projects with the National Guard on cybersecurity education, training, and operations for the U.S. Air Force and U.S. Army.

“Leahy got it right away,” Schneider said then, recalling the cybersecurity center request. “We didn’t have to convince him.”

That December 2001 meeting yielded an earmark in 2002’s Justice Reauthorization Act, which created the National Center for the Study of Counterterrorism and Cybercrime at Norwich.

By 2008, the center had evolved into NUARI, which was federally chartered under Leahy-sponsored legislation in 2002 and partly funded through the U.S. Homeland Security and Defense departments.

With NUARI established, and Leahy’s aid, contracts came to Norwich. In 2013, NUARI received competitive contracts worth up to $9.9 million from Homeland Security to research and develop national cyber war-gaming to boost critical infrastructure’s cyberattack resiliency.

The initial award was $1.5 million and funded an updated Distributed Environment for Critical Infrastructure Decision-making Exercises program, aka DECIDE, which helps private-sector businesses and public-sector regulators guard against cyberattacks through coordinated exercises.

In an Aug. 22, 2013, Norwich campus visit, Leahy announced Homeland Security’s intention to award the contract to NUARI for DECIDE-FS, a DECIDE version for the financial sector.

“This award represents another vote of confidence in the vital work being done at Norwich University, which continues to be a leader in preparing our nation for both current and future security threats,” Leahy said then.

“When the Appropriations Committee set up this program, we knew how important cybersecurity is, and the threats we face from abroad,” Leahy said. “The work Norwich is doing is more important than ever, and I am proud that Vermonters are sought out by the U.S. Army Reserve to make sure their men and women are prepared to respond to threats to our networks.”

In March 2019, Leahy and Schneider announced the award of about $7.3 million in three contracts — a $499,000 U.S. Army Energy Resilience contract, a $905,000 Reserve Forces Scholarship Program and a $5.9 million. The latter pact, funded by Homeland Security Department of Science and Technology and supported by the U.S. Air Force, expanded development of a NUARI-developed cyberexercise simulation tool.

“Norwich University is at the forefront of partnering with federal agencies to make Americans safer and our students more prepared for the 21st century workforce,” Leahy said during a March 21, 2019, press conference in Norwich’s Thaddeus Buczko Cyber War Room. “I’m proud to continue my longstanding support of their efforts through the appropriations process, and proud of the world-class education going on right here in Vermont. This work is important, and it is timely.”

During the press conference, Susmann, who’s also Norwich vice president for strategic partnerships, said, “Norwich made a strategic decision a long time ago, and as a result has been blessed with over 20 years of engagement with Senator Leahy in cybersecurity.”

“This threat is one our students will be challenged with for the rest of their lives,” he said. “My business plan, Senator, is as long as we’re preparing students to face the threats of this republic, the republic will send us its best students.”

Also at the press conference, Susmann described several projects, including Norwich’s joining the team safeguarding wireless networks for Super Bowl 50 at Levi’s Stadium in Santa Clara, California. (More than 60 Norwich students worked the event from Norwich’s on-campus Global Threat Observatory and a few were onsite at the stadium.)

“All of this has been accomplished with Senator Leahy’s vision and support,” Susmann said. “Thank you, Senator Leahy for your continuous support for Norwich, our students and our cyberprograms. … With Senator Leahy’s continued support, we’re going to continue to grow cybersecurity programs at Norwich and prepare the leaders of the future.”

“With this project with the Army,” Leahy said, “Norwich is again at the front of designing and developing microgrids that can be relied on in cold weather conditions in the face of the forces of nature and malicious human attackers and of teaching the next generation of students how to conceptualize and demonstrate competence in approaching these challenges.”

“I am proud that Norwich has been selected as the lead military college for the Department of Defense Cyber Institute,” Leahy said. “Norwich University is a national leader in cybereducation and this grant will ensure that they continue to prepare students to be the next generation of cyberprofessionals in many critical roles.”