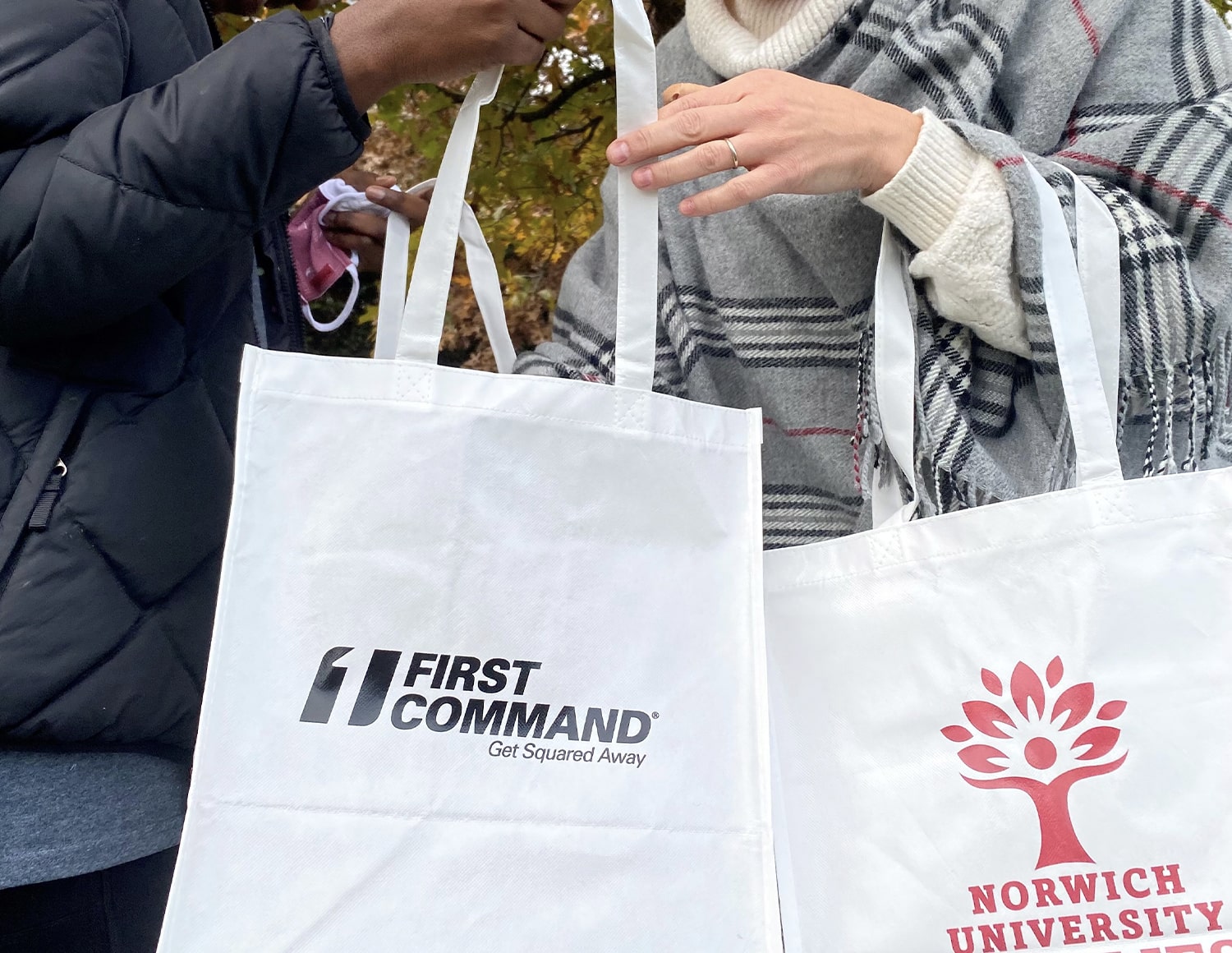 First Command's sponsorship was initiated by Matthew Wineriter P’24, financial advisor, principal and district advisor at the First Command’s Concord, New Hampshire regional office. Wineriter has family ties to Norwich — his son Logan is on the university's swimming and diving team; his wife, Shelly, is a parent volunteer.

“With First Command’s generous gift, we are able to offer more life skills programming to serve our students in their career education and readiness.” Meghan Oliver, director, Norwich University Career and Internship Center

First Command was one of more than 80 employers that attended Norwich University's in-person and virtual fall recruiting events this year.

“The Career Center understands how critical it is for college students to gain basic financial literacy skills,” Norwich University Career and Internship Center Director Meghan Oliver said. “With First Command’s generous gift, we are able to offer more life skills programming to serve our students in their career education and readiness.”

First Command’s gift will also support the purchase of a scorer's table in Andrews Gym; a senior athlete recognition dinner, to begin in spring 2022; canvas bags for incoming students’ parents over Family Weekend in the fall; displays and literature to go near U.S. Navy and U.S. Marine Corps ROTC offices in Plumley Armory and U.S. Army and U.S. Air Force ROTC offices in Jackman Hall.

The Andrews Gym scorer’s table fits with First Command’s support of military colleges and athletics. In September, the company was presenting sponsor for the U.S. Military Academy’s Sept. 18 football game against the University of Connecticut and sponsored the U.S. Coast Guard Academy’s homecoming football games Sept. 18 and Oct. 2.

“With its longtime commitment to our nation's military families, First Command is a natural partner for Norwich,” Norwich President Mark Anarumo said. “We are honored to be aligned with such an esteemed company and expand First Command's presence on campus in this exciting way.”

In an email, Wineriter wrote that supporting Norwich is personal, as he and Shelly are both former U.S. Army officers nurtured in military cultures. He graduated from the U.S. Military Academy at West Point; she was Distinguished Military Graduate of her school’s Army ROTC at Minnesota State University, Mankato.

“Because Norwich holds a principal role in developing the nation’s military leaders in every branch of the armed forces, our decision to support this noble endeavor helps provide the financial education that will lead to better decision-making as leaders in their families, in their military roles and as future contributors to the legacy that is Norwich,” he said. “The discipline that students learn as the crucible of the Norwich experience can be applied to the critical behaviors that lead to financial security.”