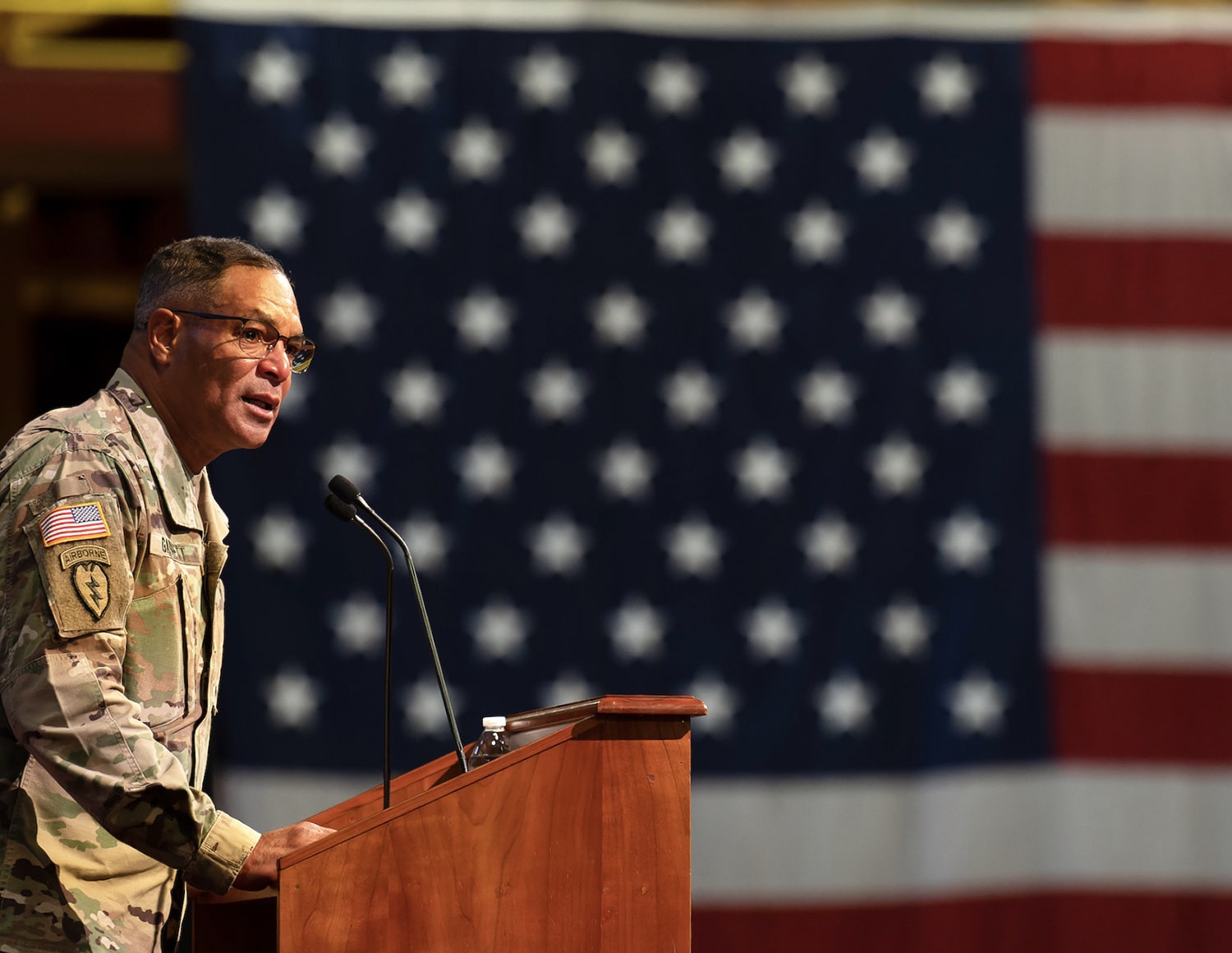 “Today’s visit is something that has been prominent on my list of things to do since Adam died. Deeply personal to me, because I consider this a small way to honor him and his service.” U.S. Army four-star Gen. Michael X. Garrett, honoring Sgt. Adam P. Kennedy ’04

Kennedy was from Norfolk, Massachusetts, and on the Army’s 25th infantry division’s 4th brigade combat team. Kennedy was 25 when he deployed to Iraq, and served on Garrett’s security team. An enemy rocket hit and killed Kennedy as he drove Garrett’s vehicle.

Garrett called Kennedy’s death heart-wrenching for him, his fellow soldiers and Kennedy’s family.

Garrett wears a bracelet every day to honor Kennedy; Garrett’s Mountain Cold Weather workout at Norwich was also in Kennedy’s honor. On Tuesday, Garrett’s voice broke briefly as he remembered Kennedy, whom he called a leader, model soldier and confidant.

“He represented Norwich and lived by the values that each of you are carrying on today. He did so with exceptional pride,” Garrett said. “Today’s visit is something that has been prominent on my list of things to do since Adam died. Deeply personal to me, because I consider this a small way to honor him and his service.”

Garrett, a fitness enthusiast who’s written about how training underpins “Army strong,” couldn’t resist requesting extra activity. He had the Corps audience drop to the floor for 30 hand-release pushups, a minimum standard for U.S. Army infantry personnel. (Garrett began in, and still identifies with, the Army’s infantry.)

Garrett’s trusted triple, which he called small gestures that collectively move people toward goals, were:

Garrett said he practices what he preaches, ensuring that his “video matches the audio.” Leaders who collect stray rubbish, as he does even on golf fairways, will also likely correct other out-of-place things, Garrett said, and elite units, which never leave anything askew for long, will demand as much.

Also, Garrett said, leaders who express their thinking never have confused followers unclear about duties or missions. And, he added, people who do positive things for others, whether sharing advice or writing recommendations, have a resonant, lasting effect.

“Leadership is a privilege,” Garrett said. “Never catch yourself feeling too important to do something good for the people around you. … A simple ‘yes’ and a positive action will stick with them for a very, very long time.”

As Funk had, Garrett told the cadets to seize opportunities and learn from one another. Skills learned at Norwich University, he said, such as acting with honesty, integrity and courage, will last a lifetime.

“You can and should build this habit now,” he said. “Because in the years to come, people who know you’ve graduated through the Norwich Corps of Cadets will expect you to set the example.”