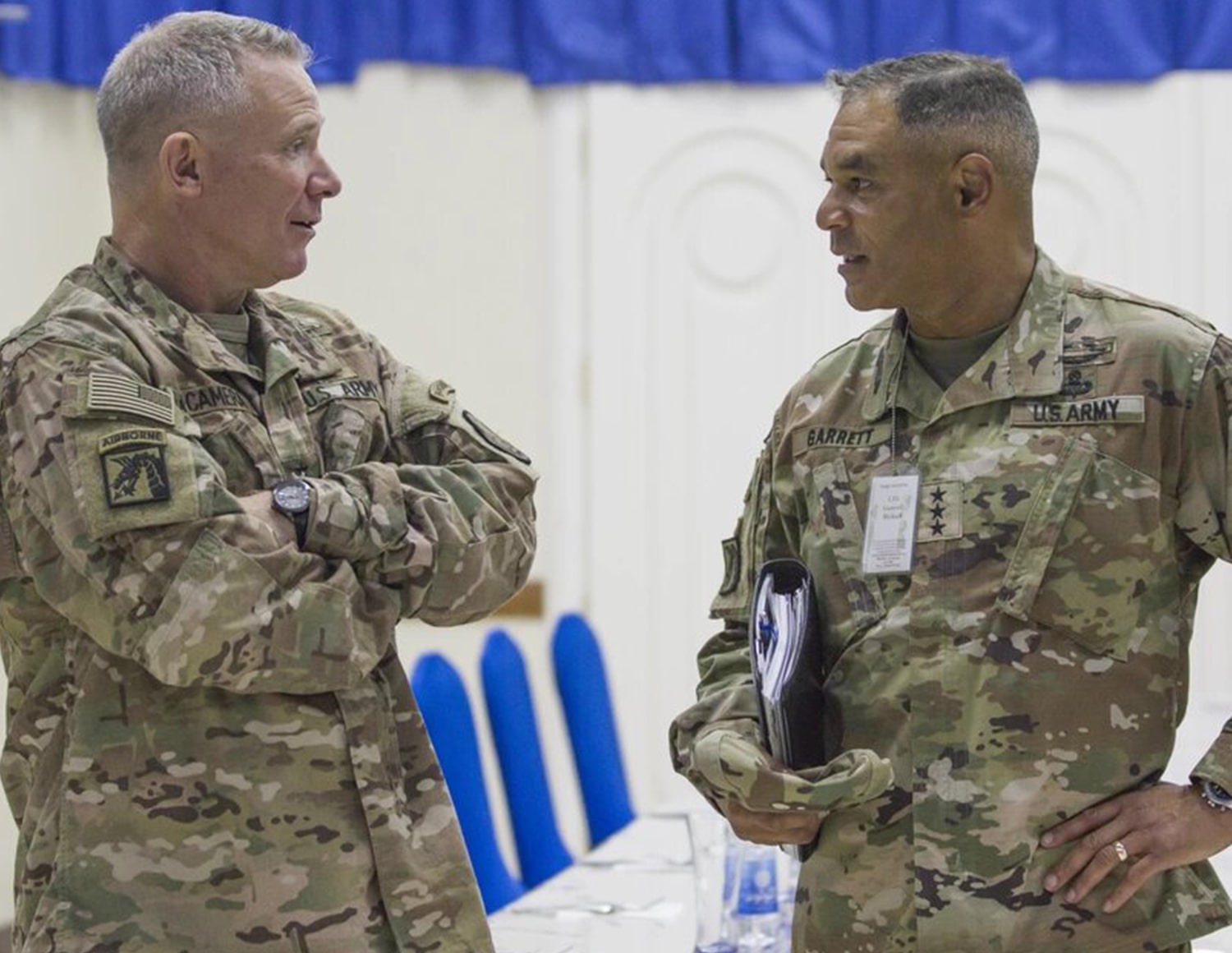 Now, the topic will get a further look as the Military Writers’ Symposium returns to campus. The symposium, featuring an  appearance by 2021 Colby Award winner Mark Treanor and 2021 Richard S. Schultz ’60 Symposium Fellow Larenz Simpkins, will highlight the week’s campus schedule along with a visit from four-star U.S. Army Gen. Michael X. Garrett, commanding general of United States Army Forces Command, and the Pegasus Players theater troupe’s return to the stage.

HERE COMES THE GENERAL: Garrett will be on campus Tuesday. He’ll participate in early morning physical training with the Corps of Cadets, have lunch in the Wise Campus Center dining hall with the Corps’ cadre and address the full Corps at 1 p.m. in Plumley Armory.

SYMPOSIUM  SPOTLIGHT: Events will run Wednesday and Thursday, with many events livestreamed for wider viewing. Presentations focus on the Arctic, which has become a central focus of Chinese and Russian foreign policy. As global warming has quickened ice melt, Russia has built up its Arctic presence; other Arctic nations are responding by increasing their footprint and capabilities.

Wednesday’s schedule will include:

1 to 1:50 p.m.: Mack Hall Auditorium, Troy Bouffard, University of Alaska Fairbanks Center for Arctic Security and Resilience.
“The Role of the Arctic for Russian National Security and Defense.”

— “RUMORS” HAS IT: The Pegasus Players, who were forced to perform  virtually during the coronavirus pandemic, will return to the Mack Hall Auditorium stage this weekend to perform Neil Simon’s comedy “Rumors.”

“Rumors” tells the farcical story of well-to-do friends who gather to celebrate a wedding anniversary. Guests arrive to find the hostess missing and the host bleeding from a gunshot wound to the earlobe. Each arrival tries to cover up the crime; their juxtaposed stories create the comedy.

The Pegasus Players will perform the show with few props, relying on Simon’s dialogue and the cast’s delivery to drive the plot.

See a fuller description of “Rumors.”

— LOST IN SPACE: The Sullivan Museum and History Center “Lunch and Learn” program will present a talk on the science-fiction television series “Babylon 5” from noon to 1 p.m.

The series, which ran for five seasons on TNT starting in 1993, takes place on a space station built as a neutral site for global trade and diplomacy after several interspecies wars.

— FISCAL FITNESS: First Command Financial Services will lead a financial literacy Lunch and Learn focused on credit scores and credit history from 12:30 to 1:30 p.m. Tuesday in the Wise Campus Center dining hall. This session, directed by the Career and Internship Center, is targeted to students but open to all; pizza will be served and a $50 NU bookstore gift card will be raffled.