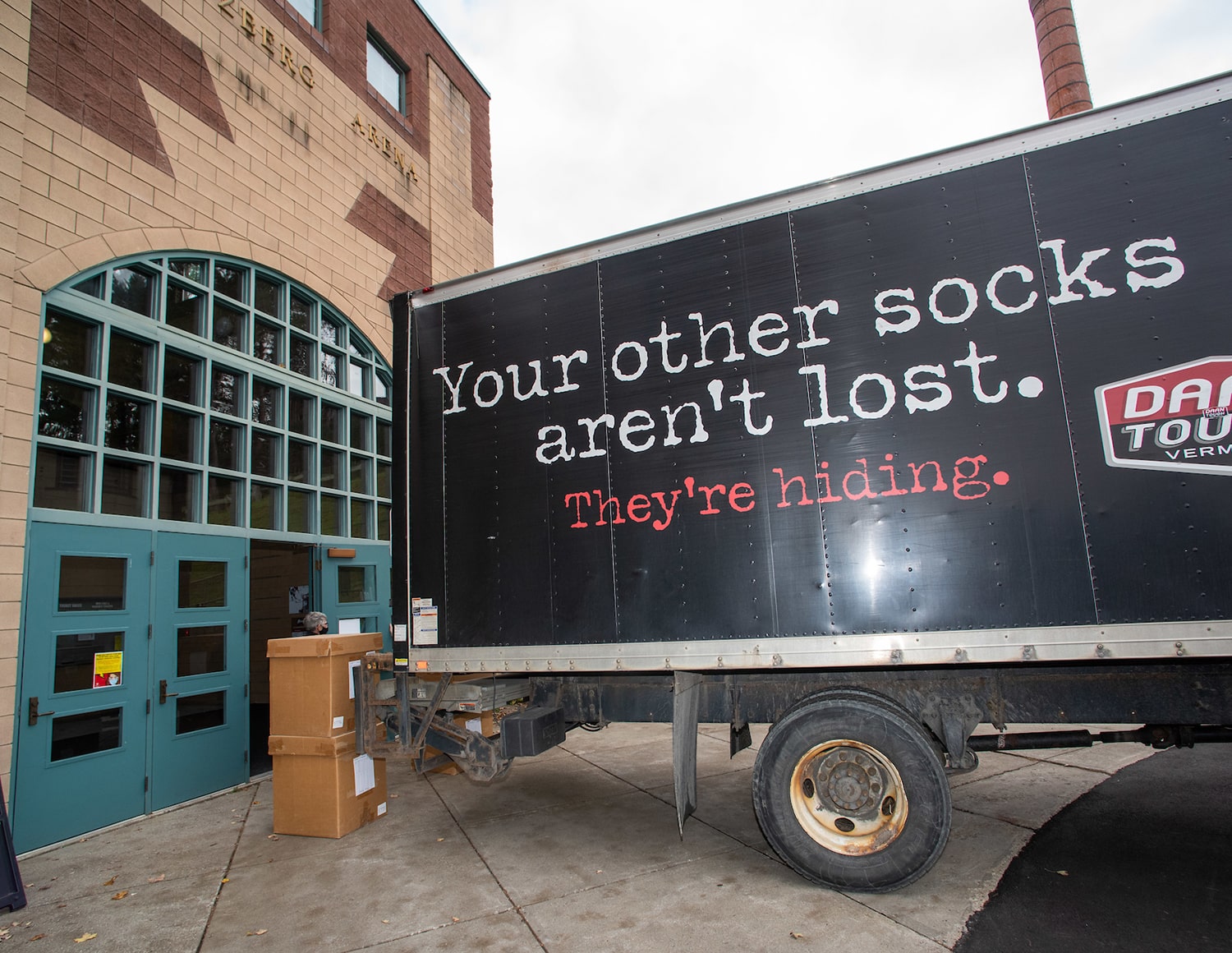 Darn Tough Vermont® donates 1,500 pairs of socks for fans to throw on ice; toss pairs will go to local nonprofits

The socks are here. Get ready to toss like a boss.

Darn Tough Vermont® donated 1,500 pairs of socks that will be handed out to fans to throw onto the ice when Norwich scores its first goal Saturday.

Fans are encouraged to bring their own new socks to throw onto the ice.

Every tossed sock will be donated to one of four Vermont organizations — the Veterans' Place in Northfield, Trinity United Methodist Church in Montpelier, Montpelier Food Pantry and the Committee on Temporary Shelter in Burlington — to keep the community warm during New England’s long winter.

"Thank you to Darn Tough for their continued support of this exciting event," Norwich University men's ice hockey head coach Cam Ellsworth said. “It's been awhile since we have gotten to play in front of our fans and we are hopeful that you will not only join us for the game, but also bring some socks to toss."

Darn Tough President and CEO Ric Cabot said, "As we expand our manufacturing and grow in size, it's more important than ever for us to stay rooted in the community that built us. Northfield is the Sock Capital of the World and we are so thankful to partner with Norwich for a third year in a row to keep our neighbors in need taken care of."