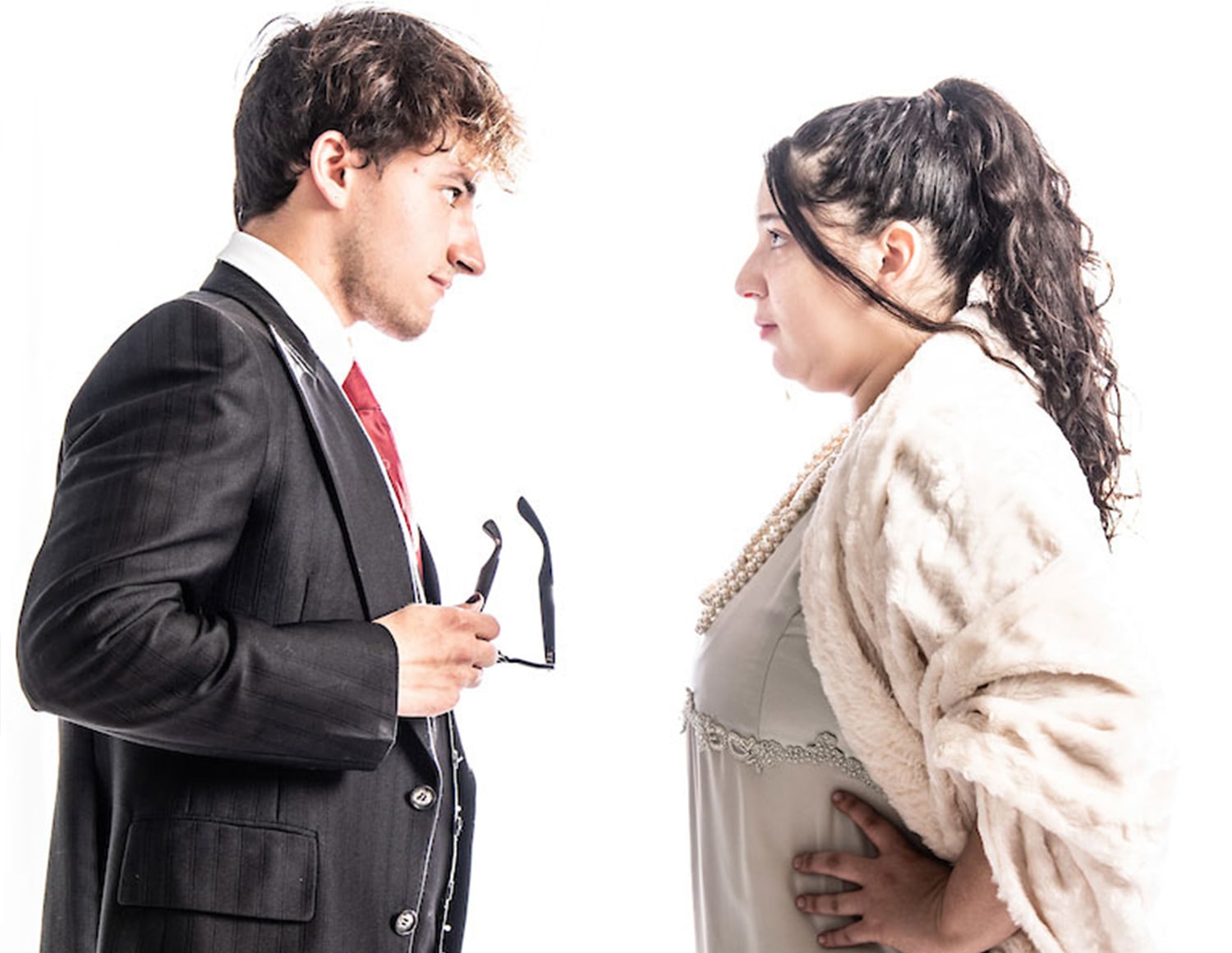 NORTHFIELD, Vt. — Norwich University’s Pegasus Players will be showcasing their production of Neil Simon’s “Rumors,” the first in-person show the student theater group has held since Spring 2020, as performances moved online because of the global pandemic.

Pegasus Players adviser and Assistant Professor of Theater Professor Jeffry Casey had this to say about returning to the stage:

Completed in 2018, Mack Hall Auditorium is a 400-seat performing arts center and home to the Norwich University Pegasus Players.

“Rumors” is a quick-witted farce that relies heavily on the interactions and dialogue between its characters. Everything goes wrong when a group of well-to-do friends gather to celebrate a wedding anniversary. They might make it through the night if they just keep their stories straight!

The production requires very few props, so the set design for the production will be minimal in its construction, requiring creativity on the part of the players to convey their surroundings to the audience. Such an approach is rare for theater groups, and the Pegasus Players do not often take this route for set construction.

At least a third of the main cast are freshmen and first-year members of the Pegasus players and only two of the cast members have graced Norwich’s stage before.

“It is unusual for freshmen at most schools to get a lead role. It’s less uncommon here at Norwich because we have such a small program that when we get a good actor in, we move them up quickly,” Casey said. The play’s cast hails from the Corps of Cadets, civilian and commuter students, majors, and class years; the club is open to all.