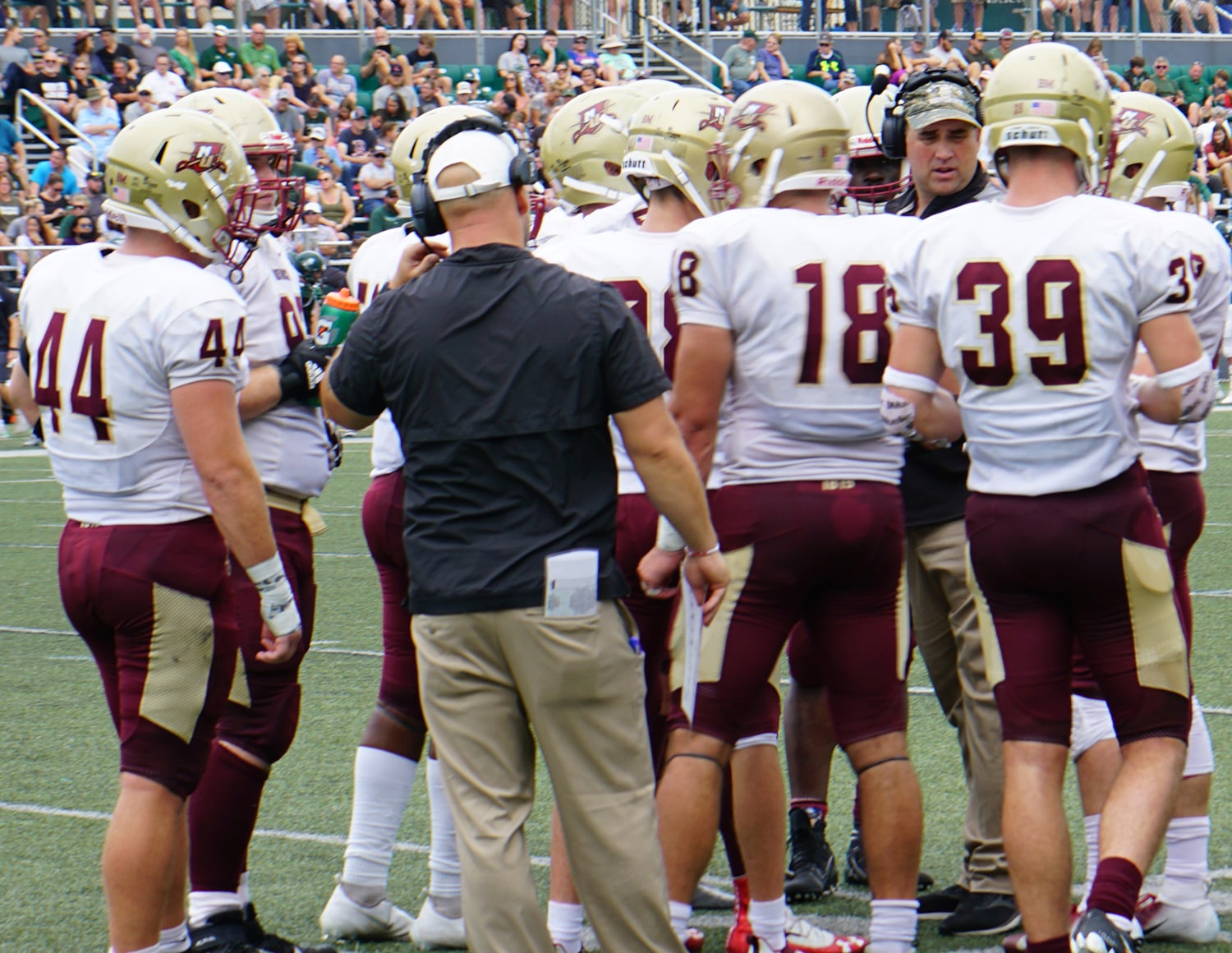 Norwich University’s offense had its most productive game this season on Saturday, scoring on its first six drives and leading through three quarters against host Massachusetts Institute of Technology in a New England Women’s and Men’s Athletic Conference football game in Cambridge, Massachusetts.

But the end was bitter for the Cadets. MIT used a 27-point fourth-quarter surge to win 48-37. It was Norwich’s third straight loss.

Sophomore quarterback Mitchell Theal completed 18 of 33 passes for 265 yards and four touchdown passes. Sophomore running back Jehric Hackney led Norwich’s rushers with 39 yards on 14 carries and his second touchdown in as many games. Sophomore kicker Zach Buchy added a 33-yard field goal for the Cadets.

On defense, senior linebacker Zev Motew had 11 tackles, including six unassisted. He has a team-leading 70 tackles for the season.

In the fourth quarter, MIT (3-3, 1-2 in the New England Women’s and Men’s Athletic Conference) pulled within 37-35 on a 19-yard touchdown pass from quarterback Oakley Denning to wide receiver Ben Dwyer and took the lead on a 15-yard pass from Denning to Dwyer with three minutes, 53 seconds to play.

Norwich (2-5, 1-3 in conference) will return to campus for its final 2021 home game Saturday at noon against Worcester Polytechnic Institute. A pregame ceremony will honor senior class players.