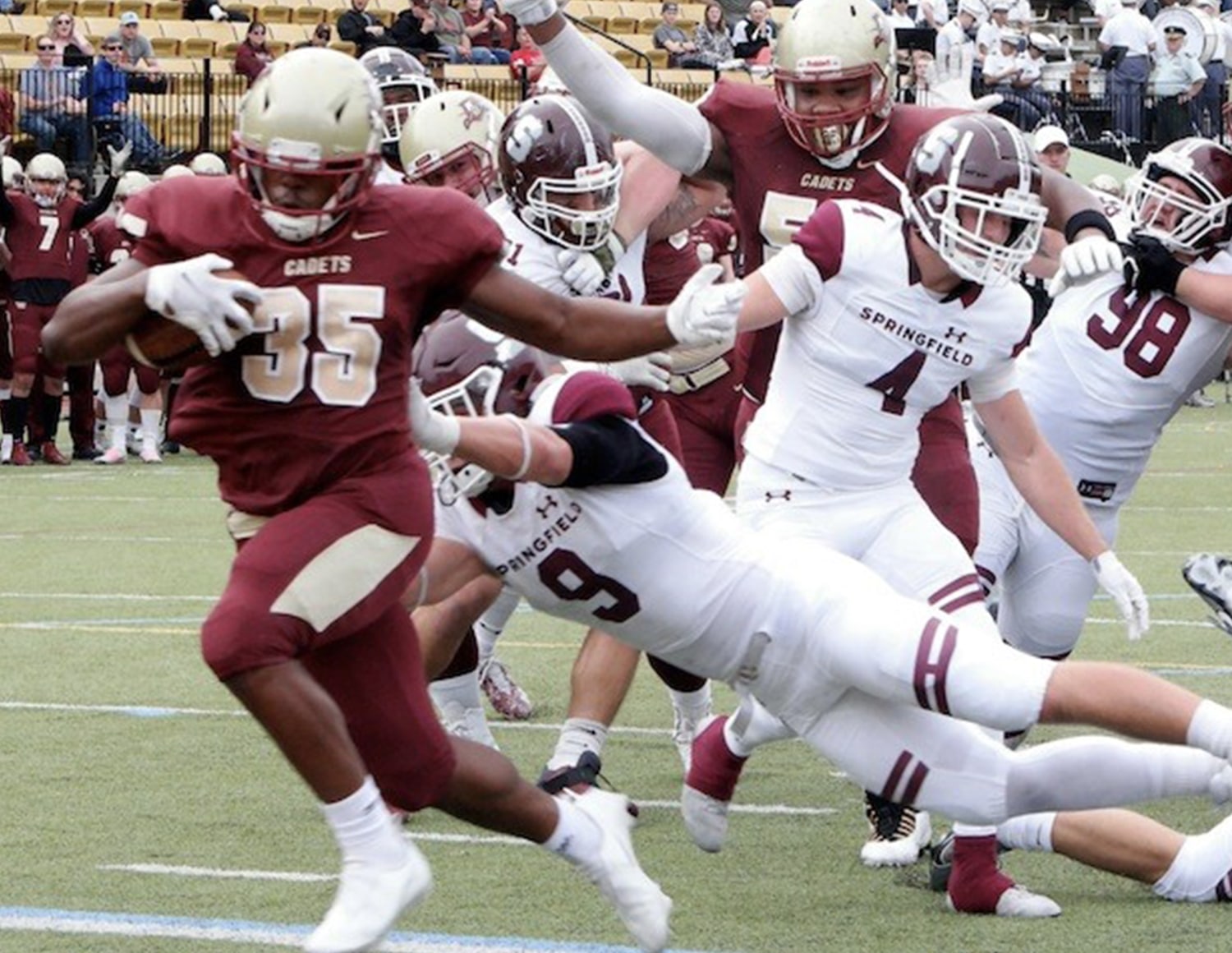 Springfield (3-3, 2-0 in conference) had 576 total yards and scored touchdowns on its first six possessions, building a 14-0 after one quarter and 42-7 at halftime.

Springfield (3-3, 2-0 in conference) had 576 total yards and scored touchdowns on its first six possessions.

Saturday marked the third time Springfield had rushed for 400 of more yards this season. Running back Isaiah Caswell-Doe gained 144 yards on five carries and scored two touchdowns). In its two conference games, the Pride has outscored its opponents 116-7.

For Norwich (2-5, 1-2 in conference), senior Rashawn Fraser opened at quarterback, taking his first snaps since the season opener, and completed four passes for 72 yards. One completion, a 53-yard second-quarter strike, set up sophomore running back Jerhic Hackney’s 5-yard touchdown run that capped a seven-play, 74-yard drive.

It was Hackney’s first collegiate carry.

Fraser also rushed for 66 yards on 17 carries and Hackney added 55 yards on 10 carries.

After spending two games at home, Norwich will visit the Massachusetts Institute of Technology in Cambridge, Massachusetts, at 1 p.m. Saturday for another NEWMAC game.