Say hello to the presidential puppy, Sally Rose, the Rook of Woodbury Hall 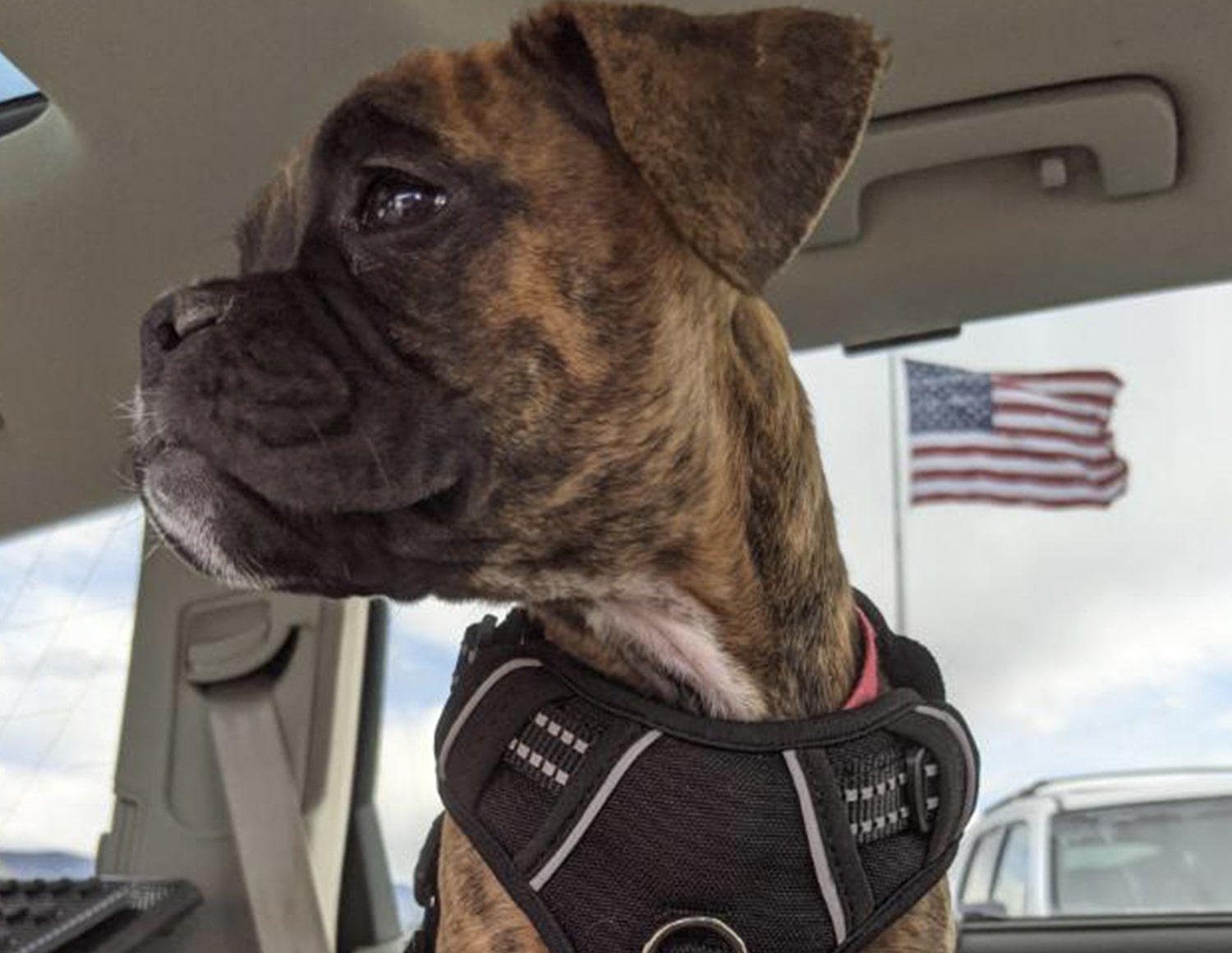 Here’s some pomp for the presidential puppy — trumpets, please — Sally Rose, the Rook of Woodbury Hall. Sally for short.

The weeks-old brindle boxer joined President Mark Anarumo’s household, and Norwich University’s community, the weekend of Oct. 9, after being adopted in Las Vegas. That’s not far from Indian Springs, Nevada, where one of the president’s sons, U.S. Air Force 2nd Lt. Mark Anarumo Jr., is flying drones at Creech Air Force Base.

To welcome the puppy, Norwich University held a students-only online election to suggest names (Oct. 8 to Oct. 11), and then to vote on seven finalist names the Anarumos chose (this past Tuesday and Wednesday). In both polls, students could vote only once.

Students suggested 117 names for the new presidential puppy, then voted on seven finalists.

One-hundred seventeen initial suggestions poured in. Among them were Otis (since the de facto campus cat is Milo), Plum (for Plumley, as in the armory), Sherman (for the tank, not Mr. Peabody’s pet boy) and Queenie (because, as the school’s song goes, Norwich is Queen of the Hills). None of those made the cut when Anarumo and his family winnowed the field.

The final seven suggestions included Rookie (for cadet corps first-years), Libby or Liberty (for Norwich University’s service to nation), Camo or Cammie (for the uniforms cadets often wear), Scout (as in cavalry scout), and Ghillie (for the camouflage suit snipers wear; the new puppy seems to vanish in piles of brown autumn leaves).

Rosie also made the finals, because, as Anarumo explained in a video, the puppy’s first campus day featured the reveal of the Corps of Cadets’ 2023 Class ring, which prominently features a compass rose.

Sally was also among the finalists, both for Sabine Sally, the tank behind the university’s sports stadium, and for Sally a character from Anarumo’s favorite Halloween movie, Tim Burton’s “The Nightmare Before Christmas.” The name would fit because Sally Rose was adopted near Halloween and the Anarumos’ other dog, Holly, was adopted during a December holiday season.

In a recent visit to the Office of Communications, Anarumo said that after a little initial standoffishness, Holly and Sally found a joyful common pursuit, tennis ball chasing.

Doggie detente wasn’t far-fetched after all.