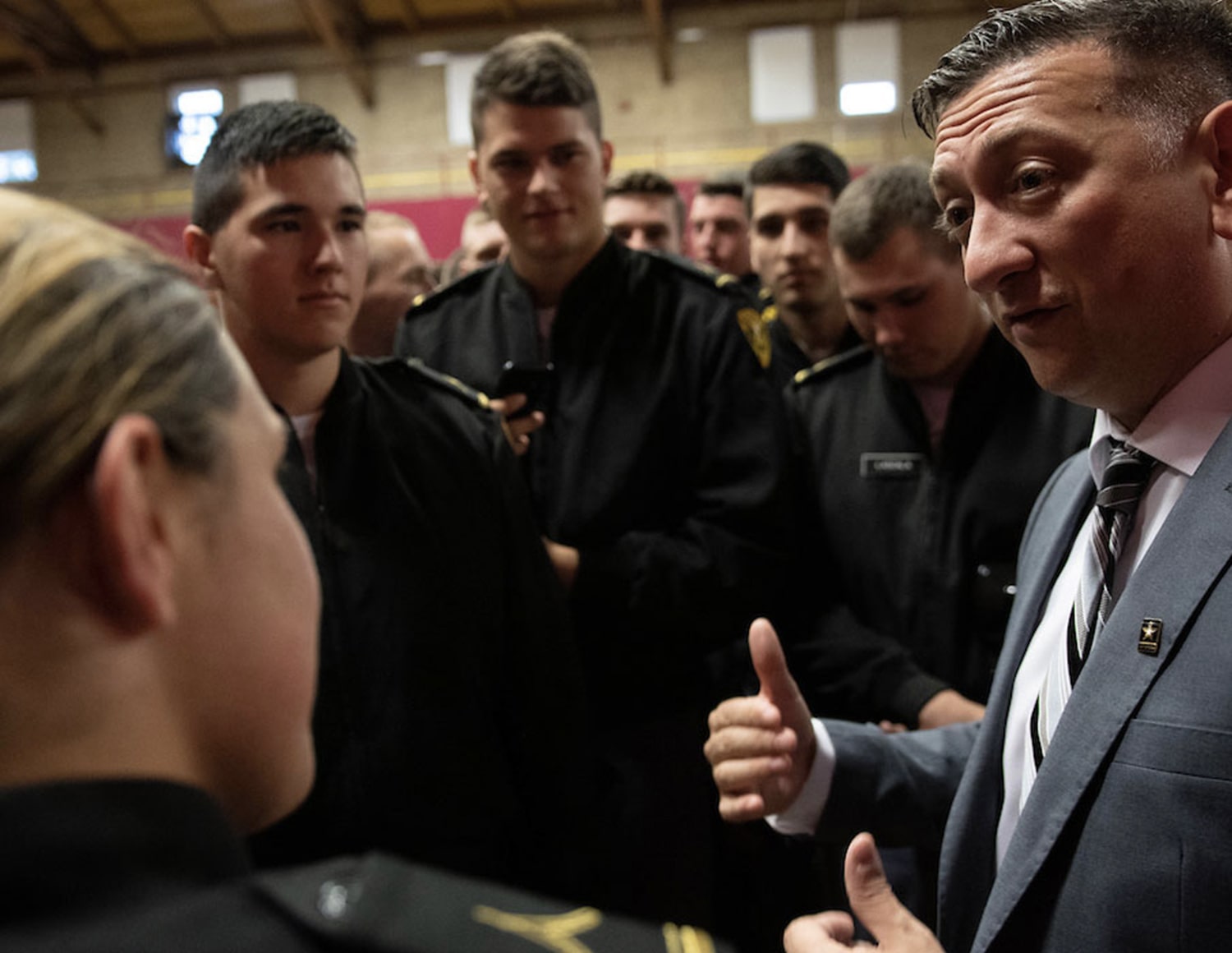 Norwich University hosts the 27th Annual Military Writers’ Symposium Nov. 3 to Nov. 4. The symposium, which will address “Global Conflict or Cooperation? Evolving Arctic Security,” is free and open to the public.

The Arctic is critical to regional stability. The Arctic now occupies a central position within Chinese and Russian foreign policy. Russia is building up its presence in the Arctic and subsequently other Arctic nations are responding by increasing their Arctic footprint and capabilities.

All Arctic states agree that peaceful cooperation is ideal; however, the possibility of future conflict is also a reality. Cooperation or conflict centers on competition over strategic resources, maritime control, and geopolitical uncertainty. The 2021 Military Writers’ Symposium will explore dimensions of the Arctic aiming to lead toward cooperation and regional security.

— Lilian “Doc” Alessa, is president’s professor at the University of Idaho and affiliate faculty with George Mason and Texas A&M universities. She serves as chief scientist for the U.S. Special Operations Command Joint Special Operations University. Her federal service spans decades including as a defense intelligence senior level special adviser to the Office of the Director for National Intelligence and deputy chief of global strategies with the Homeland Security Department. She has close to 30 years of arctic experience working the joint, interagency, intergovernmental, multinational and commercial sectors across Canada and the United States on security, defense and the resilience of integrated systems.

— Sam Alexander, a board member at Gwich’in Council International. He grew up in Fort Yukon, Alaska, where his father was the traditional chief of the Gwichyaa Gwich’in tribe of Northern Alaska. He spent much of his childhood exploring the Yukon Flats and the Northeastern Brooks Range, living the traditional Gwich’in lifestyle. Alexander graduated from the U.S. Military Academy and spent 10 years as a U.S. Army officer, leaving as a major in the Army Special Forces (Green Berets). After leaving his Army stint, Alexander graduated from the Tuck School of Business at Dartmouth and co-founded Latitude Six-Six, for which he’s also CEO. He’s adjunct faculty at the University of Alaska Fairbanks in the Homeland Security and Emergency Management program.

— James Kraska, chair and Charles H. Stockton Professor of International Maritime Law in the Stockton Center for International Law at the U.S. Naval War College and a visiting professor of law and John Harvey Gregory lecturer on World Organization at Harvard Law School. He was a visiting professor of international law at the University of the Philippines College of Law and Gujarat National Law University, Mary Derrickson McCurdy visiting scholar at Duke University Marine Laboratory in the Nicholas School of the Environment, and fellow at Woods Hole Oceanographic Institution. Kraska is editor-in-chief of International Law Studies, the U.S.’ oldest journal of international law. A former U.S. Navy commander, he served with operating forces and in the Pentagon, including as oceans law and  policy adviser and then international negotiations director on the Joint Staff.

— P. Whitney Lackenbauer, Canada Research Chair (Tier 1) in the Study of the Canadian North and a professor in the School for the Study of Canada at Trent University in Ontario, Canada. He is network lead of the North American and Arctic Defence and Security Network and served as honorary lieutenant colonel of 1st Canadian Ranger Patrol Group from 2014 to 2020. He has (co-)written or (co-)edited more than 50 books and more than 100 academic articles and book chapters. His recent books include “Breaking Through? Understanding Sovereignty and Security in the Circumpolar Arctic” (co-edited, 2021) “Canada and the Maritime Arctic: Boundaries, Shelves, and Waters” (co-authored 2020), “Governing Complexity in the Arctic Region” (co-authored 2019) and “Breaking the Ice Curtain? Russia, Canada, and Arctic Security in a Changing Circumpolar World” (co-edited 2019).

Symposium highlights include a presentation at 9:25 a.m. Nov. 4 in Mack Hall Auditorium by Colby Award recipient Mark Treanor for his book “A Quiet Cadence,” (Naval Institute Press, 2020) the story of a young U.S. Marine in combat and dealing with its aftermath over the years since his war.

Treanor grew up in Rutland, Vermont, and splits his time between Quechee, Vermont, and Edgewater, Maryland. He graduated from the U.S. Naval Academy and commissioned into the U.S. Marine Corps as a 2nd lieutenant in 1968. He was a rifle platoon leader in Vietnam, an artillery battery commander and leadership instructor and later served on the boards of the National Defense University and the Naval Academy.

Norwich University presents the Colby Award, now in its 22nd year, annually to a first solo work of fiction or nonfiction that has made a major contribution to the understanding of military history, intelligence operations or international affairs.

The award will be presented by Selection Committee Chair Alex Kershaw, a journalist and bestselling author who recently took over the role after the death of Carlo D’Este, a 1958 Norwich University graduate who became a decorated U.S. Army colonel, a renowned military historian and symposium co-founder.

Another symposium highlight is the panel discussion at 7 p.m. Nov. 3, in Plumley Armory. Our distinguished presenters join for a panel discussion moderated by retired U.S. Army Master Sgt. Troy Bouffard, who holds a Master of Arts in Arctic Policy and is completing a doctoral program with a focus on Russian Arctic defense strategy and international law. He directs the University of Alaska, Fairbanks’ Center for Arctic Security and Resilience.

This year continues student research participation: At 1 p.m. Nov. 4, the 2021 Richard S. Schultz ’60 Symposium Fellow, Larenz Simpkins, Class of ’23, of New London, Connecticut, will present on his research. Simpkins is a triple major in political science, history and studies in war and peace. His research examines Russia and China’s conflicting interests in the Arctic and the effects of China’s claim as a “semi-Arctic” state in the region’s power dynamics.

About Norwich University:
Norwich University is a diversified academic institution that educates traditional-age students and adults in a Corps of Cadets and as civilians. Norwich offers a broad selection of traditional and distance-learning programs culminating in baccalaureate and graduate degrees. Norwich University was founded in 1819 by U.S. Army Capt. Alden Partridge and is the nation’s oldest private military college. Norwich is one of our nation's six senior military colleges and the birthplace of the Reserve Officers’ Training Corps (ROTC). www.norwich.edu