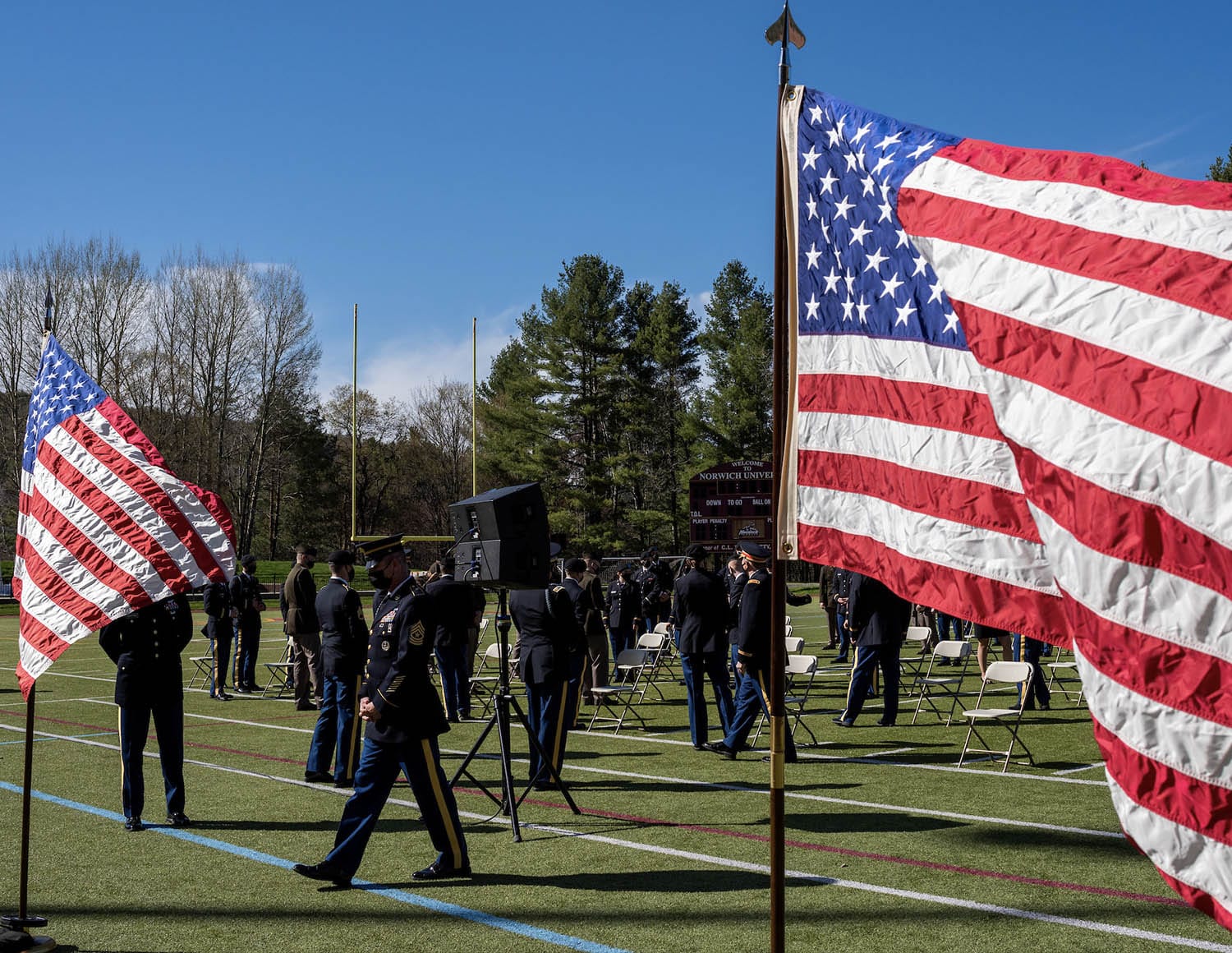 The Defense Department award, which debuted in 2019, is based on accomplishments in program performance, educational institution support and other noteworthy achievements. In a letter to Anarumo, Defense Secretary Lloyd Austin III noted that in 2020, the Norwich University Army ROTC Pioneer Battalion surpassed its recruiting goal of 90 by commissioning 106 leaders: 71 active-duty lieutenants, 26 Guard members and nine U.S. Army reservists.

The group, the letter said, included 20 distinguished military graduates with seven in the top 10% nationally.

“The battalion dependably boasts a 75% freshman retention rate, commissions 68% of its sophomores, and maintains an average Order of Merit Score of 53,” the letter said.

ROTC scholarship recipients receive an additional $15,000 from Norwich University for annual room and board. From 2019-20, Norwich University awarded 227 scholarships from its endowments, valued at nearly $5 million, the letter said. In a video, Anarumo announced the Defense Department award with Newsom and said the financial bolsters reflect the Norwich community’s efforts to ensure student success.

“Equally as important as our scholarship support,” Anarumo said, “(is) that our students are provided an outstanding high impact program for real-world experiences such as domestic and international study and internship programs, at no additional cost above normal tuition.”

When it won the MacArthur Award earlier this year, Norwich led the Cadet Command’s 1st Brigade, which is headquartered at Fort Knox, Kentucky, and comprises all Army Senior Military Colleges and Military Junior Colleges.

The MacArthur Awards, announced April 15 and presented since 1989 by the Cadet Command and the nonprofit Gen. Douglas MacArthur Foundation, recognize the ideals of “duty, honor and country” that MacArthur (1880-1964), advocated as Army chief of staff in the 1930s and in his Pacific theater service during World War II.

“The collective success of this program is tied directly to all of the individual accomplishments of all of you seated here,” Newsom said in May, when he announced the MacArthur Award during the U.S. Army Commissioning ceremony on Sabine Field. “And I congratulate you on a job well done.”