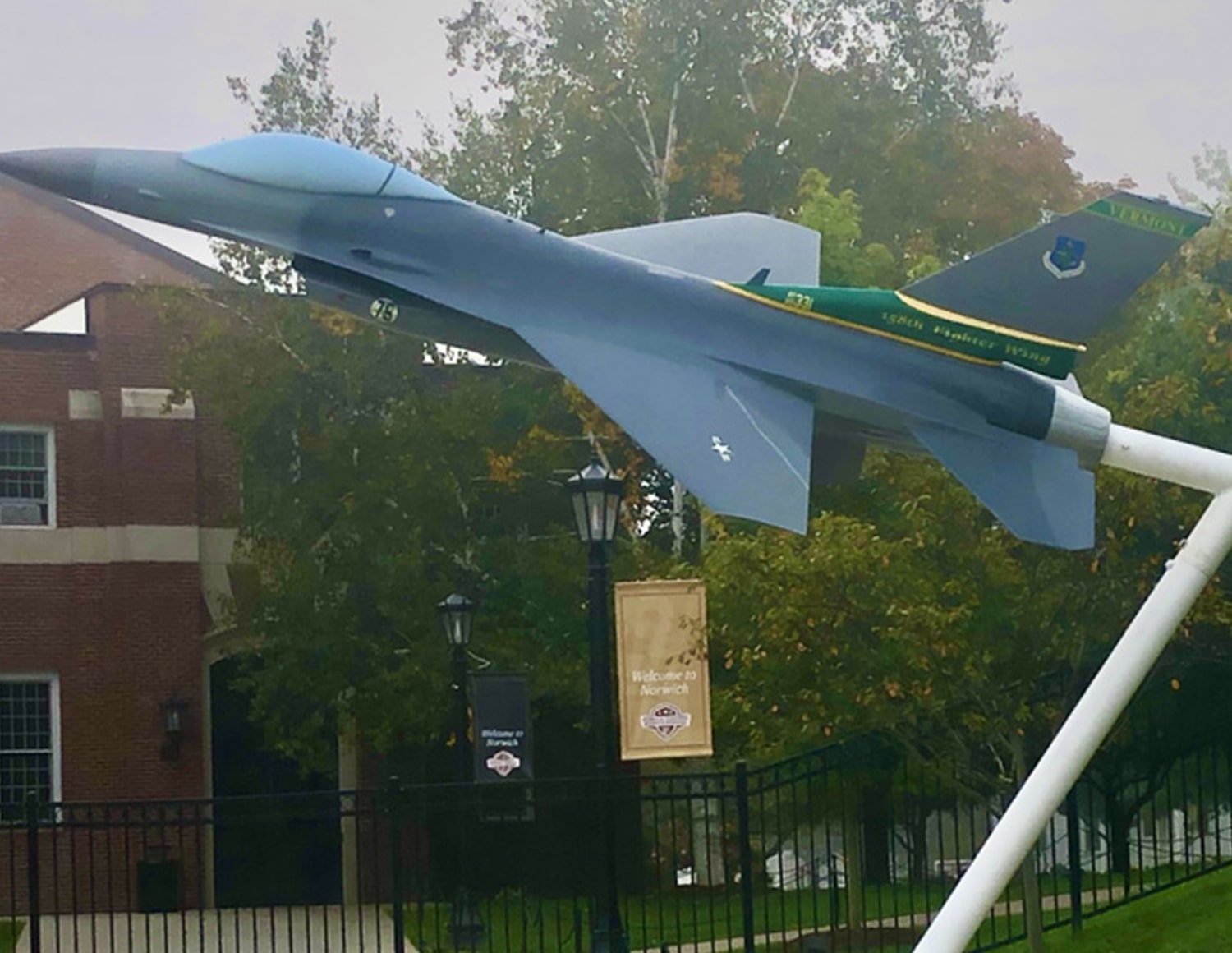 The ceremony will precede Saturday’s noon football game against Springfield, which may include an F-35 flyover from the Vermont Air National Guard.

The initial two F-35As arrived in Vermont in fall 2019; a year later, the 158 Fighter WIng reached its full inventory of 20 fighter jets.

“This F-16 model is a perfect addition to our plaza,” Norwich President Dr. Mark Anarumo said. “The F-16 will join other monuments and displays that demonstrate our storied history of service, and shows yet another link to our nationally-ranked ROTC departments. I am also proud that the display clearly celebrates our longstanding relationship with the 158th Fighter Wing.”

About Norwich University
Norwich University is a diversified academic institution that educates traditional-age students and adults in a Corps of Cadets and as civilians. Norwich offers a broad selection of traditional and distance-learning programs culminating in baccalaureate and graduate degrees. Norwich University was founded in 1819 by U.S. Army Capt. Alden Partridge and is the nation’s  oldest private military college. Norwich is one of our nation's six senior military colleges and the birthplace of the Reserve Officers’ Training Corps (ROTC). www.norwich.edu