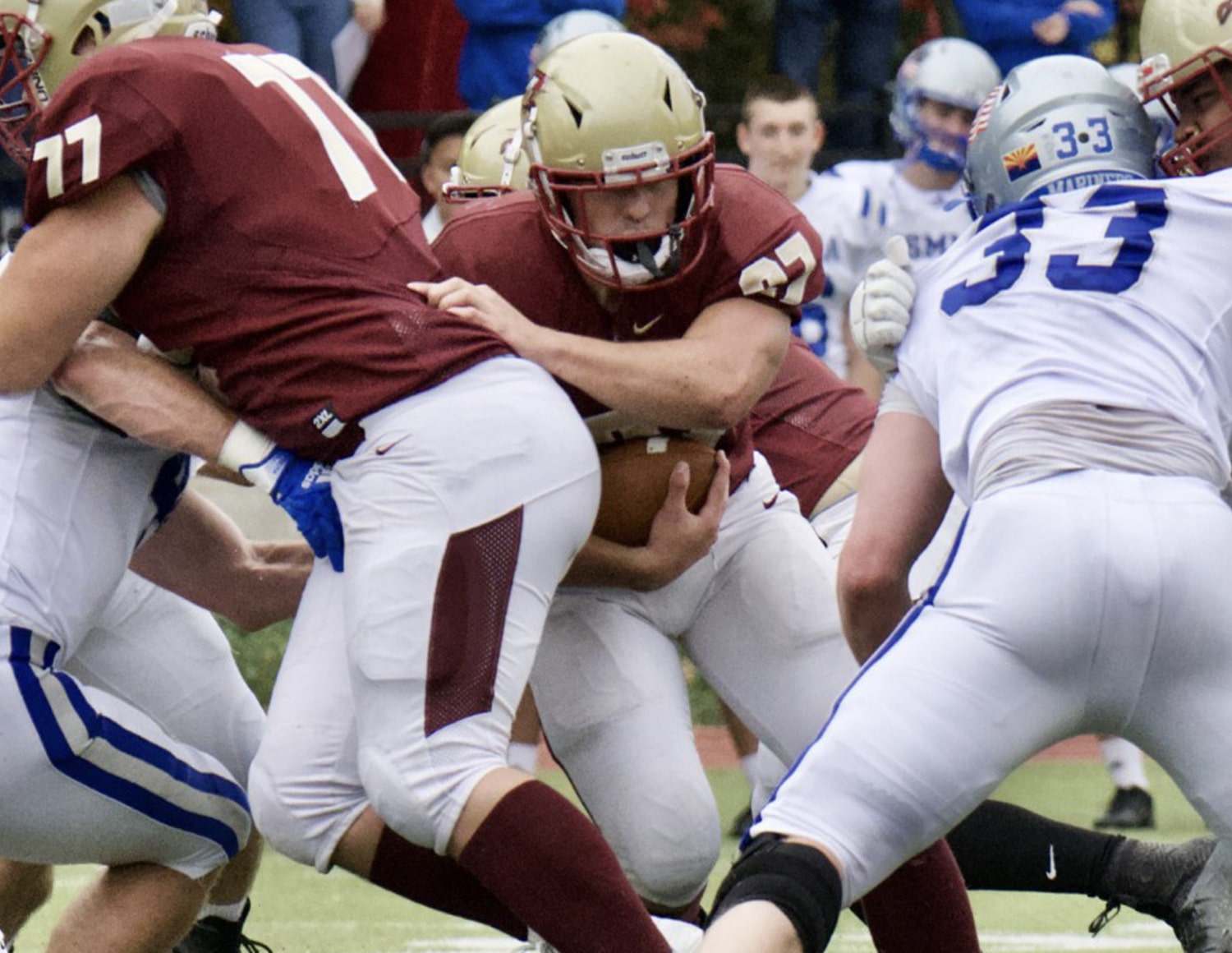 With a both-sides-of-the-ball efficiency and a sense of history, the U.S. Merchant Marine Academy dashed Norwich University’s hopes for a Family Weekend win.

In topping the Cadets 49-14 in a New England Women’s and Men’s Athletic Conference game in front of about 3,000 fans at Sabine Field at Haynes family Stadium, the Mariners improved to 5-0 for the first time since 1968. (The Mariners were 5-0-1 in 1984.) Merchant Marine has won eight straight games dating back to 2019.

The Mariners rolled up 453 yards in total offense and scored on their first three possessions to build 28-0 lead by the 10:02 mark and a 35-7 lead by halftime. Six different players scored touchdowns for Merchant Marine (2-0 in conference); quarterback Ian Blankenship ran for 82 yards and threw for 66 more to lead the offense.

Chase’s touchdown was the 17th of his Norwich career, tying him with Ryan Squires ’00 and Manni Romero ’21 for second on the program’s all-time receiving touchdowns list and putting him just five behind leader Beau Almodobar ’84’s 22. Chase was NEWMAC Football Co-Offensive Athlete of the Week for the seven days ended Oct. 4.

Norwich will host Springfield (1-0 in conference, 2-3) at noon Saturday on Sabine Field at Haynes Family Stadium in another NEWMAC game. Springfield, playing at home, topped Coast Guard 60-0 over the weekend.