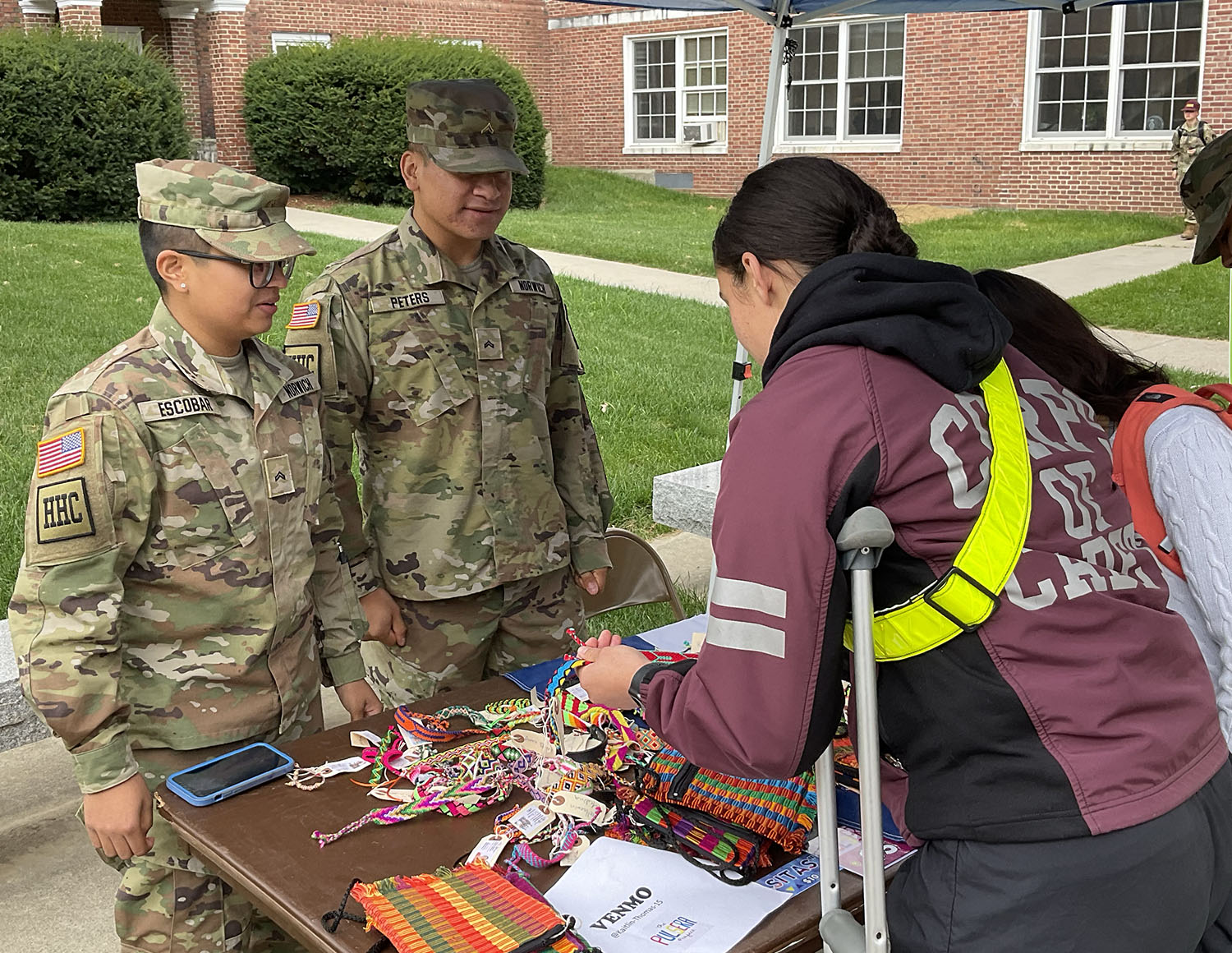 It’s all on the wrist.

Guatemalan and Nicaraguan artisans created the bracelets (pulsera is Spanish for bracelet). The Pulsera Project, a Charleston, South Carolina, nonprofit, collects the bracelets and distributes them for sale at 3,000 U.S. schools, including colleges and universities.

On Thursday, bracelets were selling for $5 each. (Examples are on the project’s Instagram page.) Money raised supports fair-trade job creation, worker rights and education for the artisans who wove the bracelets. On its website, the project said about 800,000 pulseras have sold since sales started in 2009, raising more than $5 million.

The Pulsera Project said about 800,000 pulseras have sold since 2009, raising more than $5 million for education, worker rights programs and health programs for Guatemalan and Nicaraguan artisans and their families.

As the Pulsera Project said on its webpage, students who sell the bracelets learn about Nicaraguans’ and Guatemalans’ culture, lives and struggles.

Thomas said hosting the Pulsera Project spotlights Nicaraguan and Guatemalan artisans and their nations. Bracelet buyers learn as much as sellers, she said.

“As students stop to see the display, inevitably they ask questions and this creates opportunity to talk about really beautiful, vibrant communities abroad,” Thomas wrote in an email. “We can dispel a bit of the stereotypes that folks might have about Central America while engaging in a type of service.”

Also, Thomas said, hosting the Pulsera Project creates meaningful moments for students on campus who speak or study Spanish or have personal or familial connection to Hispanic language and culture. A 2020 chart by Norwich University’s Office of Institutional Effectiveness showed 163 Hispanic men and 98 Hispanic women among Norwich’s students.

On Thursday, Escobar and Peters were staffing a sales table displaying bracelets and handbags near the Wise Campus Center. Both students are in the Corps of Cadets and have Hispanic heritage. Escobar, a sophomore and dual criminal justice-Spanish major, has a Honduran father and a Mexican mother. Peters, a fellow sophomore majoring in criminal justice and minoring in Spanish, was born in El Salvador, adopted and came to the United States at age 4.

Escobar said she was glad to sell beautiful products for an important purpose.

“The money goes toward (the artists), so they can have education and their kids are able to have a better life,” Escobar said. “It’s going toward a community that’s working its butt off every single time. They know that they’re working hard and we’re noticing it.”

Peters said, “It’s just a good cause for people who are less fortunate than us. Sometimes, you just have to appreciate what we have and give back more.”